STRONGEST WORDS YET FROM THE HOLY FATHER CONCERNING ABORTION 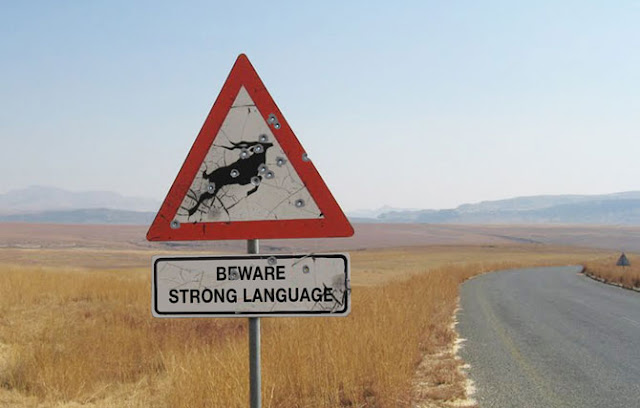 NEVER, NEVER ELIMINATE A HUMAN LIFE OR RENT A HIT MAN TO SOLVE A PROBLEM!"


In giving an audience, today, Saturday 25 May, participants in a conference on the theme "Yes to life! - The care of the precious gift of life in situations of fragility ", Pope Francis departed in several places from the written text, adding very strong and partly never said before by him on the subject of abortion.

(1) “Many times, those few hours when a mother can lull her baby leave a trace in the heart of that woman, who never forgets it. And she feels - let me say the word - realized. She feels like a mother ”.

(2) "Sometimes we hear:" You Catholics do not accept abortion, it is the problem of your faith. " No: it is a pre-religious problem. Faith does not enter. It comes later, but it does not enter: it is a human problem. It is a pre-religious problem. We do not load on faith something that does not belong to it from the beginning. It's a human problem. Only two sentences will help us understand this: two questions. First question: is it legitimate to eliminate a human life to solve a problem? Second question: is it permissible to rent a hit man to solve a problem? The answer is yours. This is the point. Don't go to the religious on something that concerns the human. It is not lawful. Never, never eliminate a human life or rent a hit man to solve a problem ".

(3) "I am reminded of a story of a person that I met in my other diocese. There was a 15-year-old girl who became pregnant and her parents went to the judge to ask for permission to abort. The judge, a truly upright man, studied it and said: "I want to interrogate the child." "But she's down syndrome, she doesn't understand ...". 'No no, let her come. The 15-year-old girl went, she sat there, started talking to the judge and he said to her: "But you know what happens to you?" "Yes, I am sick ...". "Ah, how is your illness?" "They told me I have an animal inside that eats my stomach, and for this they have to do an intervention." "No ... you don't have a worm that eats your stomach. Do you know what you have there? A child!'. And the girl with down syndrome said: "Oh, how nice!" With this, the judge did not authorize the abortion. Mom wants it. The years have passed. A baby girl was born. She studied, grew up, became a lawyer. That little girl, since she understood her story because they told her, every birthday they called the judge to thank him for the gift of birth. The things of life. The judge is dead and now she has become a promoter of justice. But look what a beautiful thing! Abortion is never the answer that women and families seek ”.

My comment: Pope Francis is correct. Being pro-life isn't a Catholic or religious thing. It is a human rights issue that even atheists should support. NEVER, NEVER ELIMINATE A HUMAN LIFE OR RENT A HIT MAN TO SOLVE A PROBLEM!"
Posted by Fr. Allan J. McDonald at Saturday, May 25, 2019

The following stated by Pope Francis in 2014 A.D. qualifies, I believe, as strong words in regard to Church teaching on abortion:

"It must be therefore reiterated the strongest opposition to any direct attack on life, especially innocent and defenseless life, and the unborn child in the womb is the most concrete example of innocence."

"Let us remember the words of the Second Vatican Council:

"From the moment of its conception, life must be guarded with the greatest care while abortion and infanticide are unspeakable crimes."


Being Catholic means we are a people whose faith is in a living God, who is the Author of Life and in whom we "live and move and have our being". Human life was created by God in His image and likeness and so we human beings have a responsibility, given its Divine source, to respect it in all its stages.
Our allegiance to God, and the great gift He has endowed us with, which is a share in His creative power, requires that we always affirm and proclaim by word and example our respect for human life, especially in its most vulnerable stages. As Catholics true to our Faith, we are a People of Life, and a life-affirming spiritual and moral philosophy should ever be at the forefront who we are since this is what our God desires of us.
God, who brought all things into existence, is the Author and Source of Goodness, Justice, and Mercy since it is ultimately from Him that these attributes originate. And how is it that these originate out of Him, if not from the source which is His love, since in His essence He is Love itself.
The most powerful testimony, the greatest witness in the court of public opinion when it comes to abortion, are those individuals who came close to being aborted but thankfully were not. Is it not a manifestation of God's love, grace, and mercy acting through His co-operating human creatures that those individuals were not denied the right to live?
We must pray that those who believe it is not wrong to terminate an unborn child will come to the realization that it is not only a grave offense against God but also an offense in a very fundamental way against our own humanity.

That is how I defend life, from a human perspective. Never use religious examples or rebuttals because the ears and mind will be closed to what you have to say.


Feminists for Life's web site provides good
persuasive arguments in their Pro-Life Answers to Pro-Choice Questions at the link below:

If you search the web, you can find some good logical, philosophical and scientific
responses to counter those who favor abortion.

Good for him---but now time for some disciplinary action against rabid pro-choice Catholic politicians. Of course the time has long since passed for that---should have been imposed years ago on Nancy Pelosi, Joe Biden and others, but better late than never! The Democratic presidential candidates are pandering to the extremes on abortion---Cory Booker wants to establish an "Office of Reproductive Freedom" in the White House and Kamala Harris wants states to get pre-approval from the Justice Department (like in the old days with Voting Rights Act) for new abortion restrictions (even though historically, abortion has been treated more as a state than a federal issue). Trying to find a Democratic presidential candidate these days to endorse even a minor restriction on abortion---heck, like parental consent for abortions of minors---is like trying to save snowballs in July...

I was thinking about this story as I was "flipping channels" last night in 30327, some "town hall" meetings for some presidential candidates on CNN and FOX. One of interest was Tim Ryan, congressman from northeast Ohio. I can't find anything in his bio mentioning his religion, but would you assume "Catholic" given his last name and residence in heavily Catholic northeast Ohio? Well, in any event, among other things he was asked whether there was room for pro-life Democrats, and he would not give a straight answer but hinted "no" as he said he would not vote for a pro-life Democrat in the primary. Then there was Kristern Gillibrand of New York, who was married in the Church but now supports reproductive rights unconditionally. Unfortunately, in the Democratic contest, the battle seems to be for who can be the most far left on abortion---even among the "supposed" Catholic candidates.