THIS IS LONG OVER DUE, BUT BETTER LATE THAN NEVER 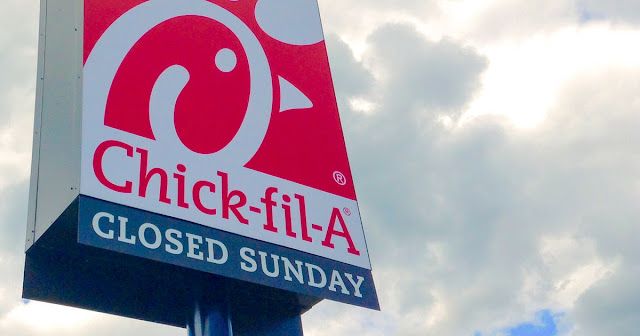 I have had parents over the years that make their children's sporting events more important than anything else in these young people's lives. It is spiritual abuse when sporting events take precedence over Sunday Mass, First Holy Communions and even Confirmation.

But that is the state of our cultural Catholicism today and it is sad.

Thus kudos to Archbishop Allen Vigneron of Detroit in being late rather than never in addressing this spiritual abuse of Sundays.

Anyone with the first name of Allen, even if misspelled, has to be good.

In his recent pastoral note, Archbishop Allen Vigneron emphasized the importance of Sunday as a day of holy rest.

DETROIT - The Archdiocese of Detroit has announced that it will no longer hold required sporting events on Sundays, in an effort to refocus the day on prayer, family and rest.

In a reflection on his 2016 pastoral letter, Unleash the Gospel, Archbishop Allen Vigneron issued a pastoral note on Wednesday, emphasizing the importance of “the Lord’s Day.”

He said Sunday is ultimately a time for faith, family, and rest, announcing that Catholic grade and high schools in the archdiocese will cease sports practices and games on this day.

“Sunday [is] a day set apart for the Lord, for family and for works of mercy,” he said. “In our time, Sunday has slowly lost its pride of place. In the Archdiocese of Detroit, we are committed to setting aside this day as much as possible for God-centered pursuits.”

“In shifting away from the hustle of required sporting activities on Sunday, we will reclaim this holy day and create more time for families to choose activities that prioritize time spent with each other and our Lord,” he added.

The change in the archdiocesan sporting policy comes in response to a local synod in 2016, which included lay Catholics, religious, and clergy members. The archbishop’s pastoral letter soon followed, calling Catholics to embrace greater conversion and efforts of evangelization

I can hardly believe that a Catholic Diocese even ever allowed their Catholic schools to hold sporting practices and games on Sundays in the first place!
But as you daid, ...better late than never!
Hoping it will be a good example for others to follow!

Bravo! Fake catholics will be devastated - they want to be like everyone else!!!

Like the first quote above, why did this issue get out of hand to begin with? Going back in time, if the bishops and priests are not going to defend Sunday as the "Lord's Day," who else will? They should have been speaking up years ago when stores started to open on Sunday. Where I live, in the Archdiocese of Milwaukee, even some of the St. Vincent de Paul stores are open on Sunday.

Amen! I have watched for years as my own family members worshiped at the altar of sports on Sunday. It has been going on for a long time and to "Anonymous' point, Bishops and Priests, on this and so many other issues, have failed to take a stand for fear of offending and alienating people. That said, because of this cowardice, the "jeanie is out of the bottle" on this and putting her back is probably next to impossible. Maybe the compromise position is no practice or games until 1P on Sundays. You get the outcome without a total ban.

When the ban includes watching sports on TV, then it may be taken seriously.

I live in this Archdiocese, and I have noticed something in the last couple years. Many parishes in this area are creating a late Sunday afternoon Mass - 4pm, 5pm, even 6pm - and are aggressively promoting them, while at the same time, much less emphasis is being put on the Saturday vigil Masses. I almost get the feeling the Saturday vigil Mass is very slowly being phased out in favor of a Sunday afternoon/evening Mass. Are any other dioceses doing this?

Isn't Chick-fil-A a restaurant? Surely no-one is suggesting that restaurants close on Sundays? Strict and dour sabbatarianism is a Protestant trait; in the ultra-Presbyterian parts of N.Ireland children's playgrounds are locked on Sundays, and the neighbours will object to your washing the car.

Real Catholics know that the Lord's day is a feast day. They attend Mass in the morning, not in the evening and certainly not on the previous day. Evening Masses were not universally permitted until 1957 and the Saturday anticipated Mass (it isn't a vigil Mass) was first introduced in Italy after Vatican II and gradually spread.

The rest of Sunday is a time for celebration. Our medieval ancestors knew how to eat, drink and be merry. There is a a neo-Puritanism infecting the Church. Dull liturgies focused almost entirely on the spoken word which must be immediately and literally understood, coupled with a visceral dislike of beauty in art, music and architecture, are symptomatic of this trend.

It needs to be resisted, and strongly.

The only exception I take to John’s view is the company that opens at 0600 Sunday for breakfast. My Sunday beef is that the poor staff have to miss Mass or at least rest to satisfy the greed of the owner and management. I think there is a good compromise for a place to open at 1300 and begin serving at 1400. Abuse of the Saturday evening “Mass of Convenience” cost me many Sundays due to money or career obsessed bosses.

I know that Father Dawid Kwiatkowski is elated over the position the Archdiocese of Detroit is taking regarding sporting events on Sunday! We miss you Father Dawid.

I know that Father Dawid Kwiatkowski is elated over the position that the Archdiocese of Detroit has taken regarding sports activities on Sunday! We miss you Father Dawid.

Agreed. The removal of most Sunday trading restrictions in England, starting in the 1980s, led to a campaign called 'Keep Sunday Special' which was by no means confined to church-goers. No-one is compelled to work on a Sunday, and those who volunteer to do so are given a day off in lieu. Pubs are still not allowed to open before 12 noon.

I don't particularly like professional sporting fixtures on a Sunday, but I don't attend them on any day, so I'm probably not the one to pass judgement.