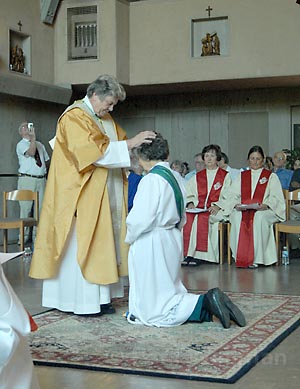 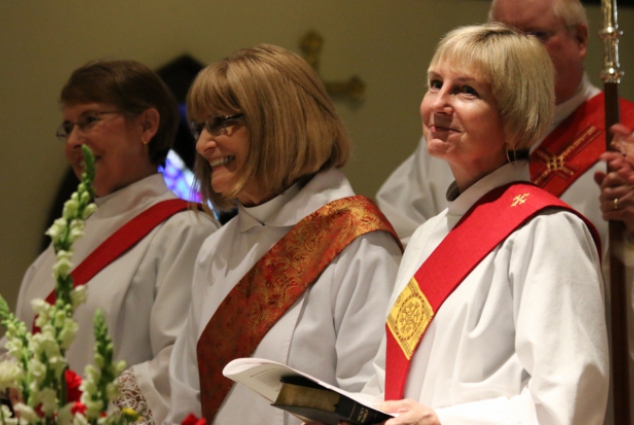 Pope Francis: No Plans for Female Deacons, But Study Continues

During the in-flight press conference, Pope Francis revealed that some in the Vatican commission have concluded that historically the female diaconate was different from the role of male deacons, namely without sacramental ordination.

During the in-flight press conference, Pope Francis revealed that some in the Vatican commission have concluded that historically the female diaconate was different from the role of male deacons, namely without sacramental ordination.

“For example, the formulas of female deacon ‘ordination’ found until now, according to the commission, are not the same for the ordination of a male deacon and are more similar to what today would be the abbatial blessing of an abbess,” he said.

Pope Francis said that others in the commission hold that there was  “a female deacon formula,” but it is not clear whether it was a sacramental ordination or not.

And doesn't this statement support non ordination of females according to the male formula of either deacons or priestesses?

An interesting thing. Some theologians of a few years ago, 30 years ago for example, said that there were no deaconesses because women were in the background in the Church, not only in the Church. Always women... But it is a curious thing: in that period there were so many pagan priestesses, the female priesthood in pagan cults was ordinary in that day. As it is understood as a female priesthood, a pagan priesthood in women, it was not done in Christianity.

I wonder how many who shun the habit would be quick to don whatever garb that tells the world, hey I'm a deaconess"?

JOHNYC
EXACTLY, someone get it, its about power nothing else

ambiguousness , the tell of someone who has no center nor grounding, ie, a Jesuit

Is that (the picture) an Anglican ordination of deacon/deaconess? Where was that picture pulled from? Does not look like an Orthodox (Eastern Orthodox) liturgy as they of course do not have women priests (and obviously some female priests in the background of picture in the alb and stole). Wonder why the bishop is not wearing a miter as the laying on hands happens?

PF has no intention of admitting women into Holy Orders. He has shown no interest in admitting them into the unordained ministries of lector and acolyte.

It is one example of where the Latin American 'macho' culture of PF can indirectly benefit the Church.