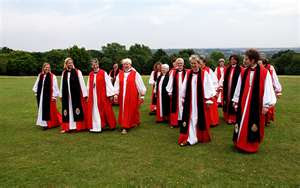 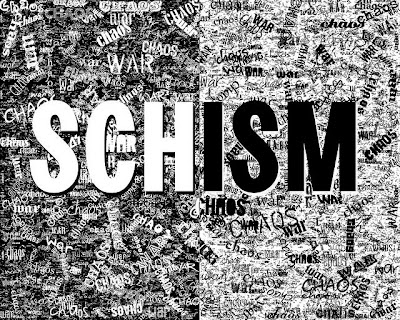 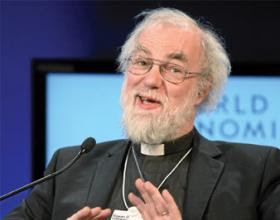 As some of my previous posts indicate, there is a final, feeble resurgence of a cabal of dissident Catholics from the 1960's and 70's who are trying to seize upon some of the woes the Church is experiencing to push their old agenda for the Church, a liberalizing agenda.

From the 1970's this is still the liberal agenda for the Church:
1. married priests
2. female priests
3. redefining Holy Orders to allow anyone to celebrate the sacraments
4. inclusiveness of lifestyles (now to include homosexual marriage)
5. Contraception and abortion without guilt
6. Liturgies that are created anew and for each congregation, super-creativity
7. Penitential Rite of the Mass to be sufficiently sacramental Penance
8. Divorce and remarriage without guilt
9. inter-communion and communion to whomever wishes to receive baptized or not
10. No Roman control, popes and bishops facilitators of whatever any congregation or religious group wants rather than authoritative leaders of clarity in doctrine, morals and Church unity

There is not much new about their agenda except they are very vocal and more divisive than ever. The other thing that isn't new is that if they succeed in gaining greater support, especially that of a bishop or two, there could be a real schism like the sort led by Archbishop Marcel Lefebrve in the 1970's and 80's that led to his excommunication and the excommunication of the bishops he consecrated.

The only silver lining in this dark liberal cloud is that liberals are so wishy-washy and all over the place, that their radicalness can never be unified through latent anger alone. They are so splintered that the only viable option is a lose confederation of congregationalism. And yes, we have that in Protestantism. I just wonder why in the world they want to reinvent the wheel and drag the Universal Church down with them.

Now if you want to see what would happen to the Catholic Church if the liberal agenda won the day, just look at what is happening to the Anglican Communion (Episcopal Church in America):

From the United Kingdom's Weekly Standard
The End of Canterbury
Will the sun set on the Anglican communion?
Dec 19, 2011, Vol. 17, No. 14 • By JOSEPH BOTTUM

The archbishop of Canterbury is going to resign next year. At least that’s the story making the rounds of newspapers in London, and the interesting part is not that the 61-year-old Rowan Williams should be willing to give up another decade in the job. Or even, if the Telegraph is right, that the clergy and his fellow bishops are working to push him out.

No, the interesting news about the looming resignation is how little attention anyone appears to be paying to it. The Church of England just doesn’t seem to matter all that much, fading from the world’s stage only slightly more slowly than the British Empire that planted it across the globe...

Anglicanism remains widespread, with 80 million members around the world, from the Episcopal Church in the United States to the followers of Henry Luke Orombi, archbishop of Uganda. England is still the largest Anglican province, with 26 million members, at least nominally. But far more Anglicans are in church on a Sunday morning in Kenya and Nigeria than in Britain, and the center of Anglican belief is now firmly in Africa—a major part, as Philip Jenkins noted in his 2002 book The Next Christendom: The Coming of Global Christianity, of the nearly complete conversion of sub-Saharan Africa to Christianity over the last 100 years.

The rise of the African church could have made Canterbury an important player in international relations—not exactly a rival to Rome (Catholicism’s one billion adherents make that unlikely) but at least a second European center with which Africans would have felt a relation and to which they could have looked for intellectual and ecclesial authority.

What the archbishop of Canterbury needed to hold together was a church divided between such African heroes of the faith as the retired archbishop of Cape Town, Desmond Tutu, and such established masters of the Anglican bureaucracy as the primate of the Church of Canada, Fred Hiltz. On issues from the legality of abortion to the installation of female bishops and, especially, church ceremonies for gay marriage and the consecration of openly gay priests, the difference between the conservative African churches and the radical Western churches—between, say, Nicholas Okoh, Anglican primate of Nigeria, and Katharine Jefferts Schori, presiding bishop of the Episcopal Church in the United States—is unbridgeable.

The current archbishop is a cultivated, intelligent man: a published poet and literary figure with theological sophistication and a talent for administration. Rowan Williams never possessed either the international star-power of someone like John Paul II or the intellectual depth of Benedict XVI. Still, he has more or less succeeded in his decade-long attempt to hold Anglicanism together with a kind of quiet, British suasion.

He pursued that end, however, mostly by trying to make himself an utterly neutral figure, beginning his reign as archbishop, for example, by leaving the Society for the Protection of Unborn Children, an important British pro-life group. And his Laodicean pose has led him into such inanities as his 2008 call to enact some form of the “unavoidable” sharia law in Great Britain—even while his fellow Anglicans in Nigeria were being attacked by Muslim mobs.

(The liberal bishops of the liberal northern, western hemisphere are) demanding that all churches in the communion embrace their views on human sexuality. In all likelihood, the forcing of the issue of same-sex marriage will lead the African churches to withdraw from communion with the Western churches—while the churches of Europe and North America will denounce the African churches, choosing allegiance with standard-issue Western liberalism over the orthodox teaching of their own faith.

And thereby the world will lose one more of the old ties that might have bound it together. Freed from their African anchor, the Church of England and the Episcopal Church in America will move even further in a pro-Muslim, anti-Israel direction, providing yet more cover for fashionable liberal anti-Semitism. Let loose from their allegiance to Canterbury, the African churches will quickly move toward forming pan-African denominations that will feel entirely distanced from Europe and America—and will help build the belief the global South owes nothing to the West.

My final comment: If liberal Catholics get their way, what is happening to the Anglican Communion will happen to the Catholic Church. Liberals,especially politically motivated Catholic liberals, want this because this is the agenda of godless secularism well pursued by Western Europe and now afflicting America. Liberals are not about God or immutable truth, they are about politics and godless secularism that pushes the true God into the private sphere and into fragmented congregationalism that can in no way influence politics, elections or the direction of the world. Liberals are satisfied with that, just as long as the poor are cared for, the earth is not warming too much and the wealth is evenly distributed and government is god.
Posted by Fr. Allan J. McDonald at Sunday, December 11, 2011

Well,Hell,let the good times roll baby! Is anything forbidden? Does that mean I don't have to pay any attention to that "thy neighbor's wife stuff?" Everybody's a liturgist, everybody's a Priest, and anything is ok between two consenting mammals. Yep...sounds just like the Episcopal church. LOL!

Why do these people stay? They could become Bishops in the C of E in no time and marry their own cat if they want.

I think it is displacement. I have experienced the same sort of disconnected criticism when I go to the gym. Someone will begin demanding to know why I 'waste' my time blah, blah, blah. It is never a person carrying less than 15% body fat. I can invite them to come along, but only if they will not whine. So far, no takers. These people want to be 'Catholics' without any of the dang effort.

Excellent analysis, and one that is beyond most dissident Catholics (and American Episcopalians, for that matter.) Liberal Anglicans, with their "sophisticated" view of Christianity (e.g., form criticism, historical Jesus, evolving standards or morality, etc., etc., etc.), are as condescending towards "simplistic" African Anglicans as the imperial/colonial powers of Europe were 150 years ago--a delicious irony.

For their part, African Anglicans have a simple question that western liberal Christianity simply can't answer. "150 years ago you came to our continent and proselytized us, telling us that the Virgin Birth, Resurrection, and all the other miracles and all of the morality of the Bible (e.g., evils of homosexuality) were true. But now you say otherwise. Were you lying then, or are you lying now?"