CAN A CATHOLIC ALSO BE A LIBERAL? ONLY IF ONE RE-IMAGINES THE CHURCH OR DESCONSTRUCTS IT ALTOGETHER; OR HAS A BRAIN INJURY,OTHERWISE NO! 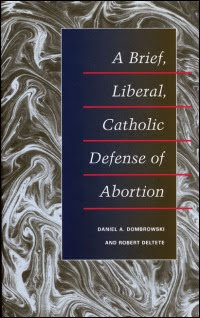 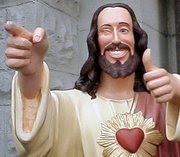 From the Wisconsin State Journal:

In the Spirit: Can a Catholic also be a liberal?
by: DOUG ERICKSON

To certain Catholics, Peter Kreeft is a rock star.

That was evident Nov. 18, when nearly 500 people filled an auditorium at the Bishop O'Connor Center in Madison to hear him talk.

Kreeft, a Catholic author and Boston College philosophy professor, had been asked by the Catholic Diocese of Madison to speak on whether "a Catholic can be a liberal." Kreeft called it "a very challenging question" and said he'd never spoken on it before.

Kreeft is a strong defender of the Catholic Church against what some people call "modernists" or, more derisively, "cafeteria Catholics," people who pick and choose which church teachings to follow.

There is no middle ground to Kreeft. It would be silly and redundant to him, for instance, to call someone a "pro-life Catholic." You cannot be anything but against abortion to be a Catholic, Kreeft said.

"To be a Catholic is to take the whole deal," he told the crowd.

Kreeft said several definitions of a liberal can and should fit Catholics, including "someone who is generous and unselfish" and "someone who highly values liberty and freedom."

On abortion, Kreeft contended Catholics are the "true liberals," because a liberal wants to extend liberty to the oppressed, and "the unborn are the most oppressed," he said.

Yet, in the political realm, the term liberal has been hijacked by abortion rights activists, Kreeft said. "A Catholic cannot be today what is called a liberal about abortion. That's obvious. That's a ‘duh.'"

Kreeft mentioned other issues, such as homosexual marriage and euthanasia, that he said Catholics cannot take politically liberal positions on, yet he focused most on abortion. Coming in for the most criticism were elected officials who call themselves Catholic yet support abortion rights.

During the Q&A, an audience member brought up the Kennedy political dynasty and how a group of leading theologians and Catholic college professors had met with Kennedy family members in the mid-1960s and came up with a way for Catholic politicians to support a pro-abortion rights platform with clear consciences.

Kreeft said these Catholic advisers "told the Kennedys how they could get away with murder." Kreeft then made one of his boldest comments of the evening, suggesting the theologians who first convinced Democratic politicians they could support abortion rights and remain Catholic did more damage to the Catholic Church than pedophile priests.

"These were wicked people. These were dishonest people. These were people who, frankly, loved power more than they loved God," Kreeft said. "Sorry, that's just the way it is. In fact, I'd say these were even worse than the child molesters — though the immediate damage they did was not as obvious — because they did it deliberately, it wasn't a sin of weakness. Sins of power are worse than sins of weakness. Cold, calculating sins — that's straight from the devil."

A few minutes later, the talk over, the crowd gave him a standing ovation.
Posted by Fr. Allan J. McDonald at Sunday, December 04, 2011

Yowzah! I usually read things twice, so the very first sentence made me laugh in the context of the article. "Some Catholics", indeed.

FWIW, that silly Sacred Heart statue in your header is using the same gesture the priest at one of our local churches uses to communicate with the servers and cantor.

I think it is possible, if an American Catholic either does not read the Catechism, or reads only the Adult Catechism of the United States, for such a person to believe that it is possible to be liberal.

I do not believe it is possible, without ignorance of the full teaching of the Magisterium. And I mean ignorance as defined in the CCC, a true innocence of the teachings.

I think the term liberal is abused. With very few exceptions I believe most good Catholics are liberal because removing the choice for another person is also a sin. It is only in defense of the weak or defenseless should we establish a firm barrier to action.

I looked up the definitions of "liberality" and among them I found this:

"The trait of being generous in behavior and temperament."

What could be more generous than being open to giving everyone conceived the right to live their lives?

I'll admit, I'm biased. I was adopted. My natural mother (in 1959) could have just as easily driven across the border to Tijuana and got rid of me, but she didn't. She generously gave me my life and gave me away to a loving family that wanted another son.

What is generous about insisting that people have a right to kill unborn children?

Our language has been hijacked and manipulated and the term "liberal" is one of the most pervasively misused words in our modern lexicon.

Maybe it's time to take it back.

So, a gay liberal would be a happy, generous person. Gee, who'd a thunk...

Of course, rcg, having said "most good Catholics", you have preconditioned in favor of those who follow the teachings of the Magisterium. I'm not at all sure that comprises a majority of American Catholics today, if my own parish is in any measure representative.

Most Catholics don't even know what the the Church teaches.
And whose fault is that?

SqueekerLamb, the fault is shared. What responsible adult, being a member of any particular church, would not recognize his own responsibility to learn the tenets of that faith?

"Can an Intelligent Person Be Liberal?" Only if one re-imagines intelligence or de-constructs it altogether, or has a brain injury...