THE LORD BE WITH YOU AND WITH YOUR SPIRIT 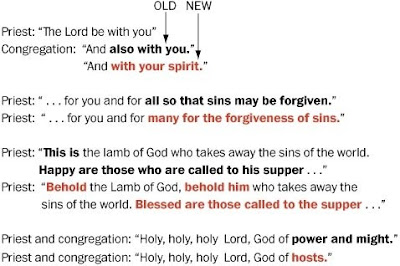 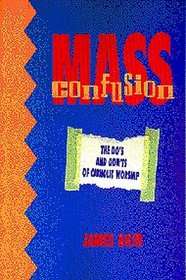 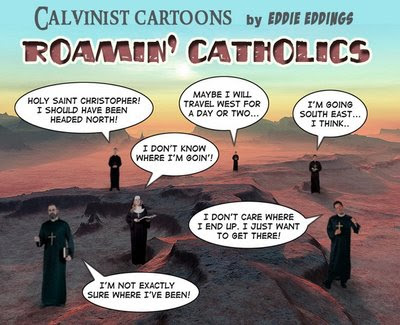 The most difficult change in the corrected English Mass to remember is "and with your Spirit." Just last Thursday at our Sacrament of Anointing Mass which Fr. Dawid celebrated and I concelebrated to assist in the anointing, when he greeted the people, guess what my response was? "And also with you!" Fortunately everyone else in the congregation said the corrected response and I wasn't too loud in saying the old.

However, last night we had a Christmas concert with our school children within the context of Lessons and Carols. I had to say the opening and closing prayers. Each time I greeted the people and more than half responded correctly. Since this wasn't Mass that tells me that people are getting in the groove of things with the new response.

Funerals and weddings remain a challenge, but here in the south the majority of people at these are not Catholics or seldom church-going Catholics. So usually there is no response to the greetings.

I'm having a hard time telling if the congregation is actually saying at the Gospel "Glory to you O Lord" or not and the same with the Orate Fratres, "...for the good of His HOLY Church."

I must say that I love the return to the corrected "Lord, I am not Worthy to have you come under my roof..."

For the first time I was able to watch the corrected translation at a regular EWTN Mass on Tuesday morning. The priest tried to sing all his parts and while not having a great voice, did a nice job. He even sang the introductory statement for the penitential rite. They even sang the "Orate Fratres" with its response and sang "Behold the Lamb of God..." with its response which now has music for these parts in the new Roman Missal.

I liked listening to all the new words and it is indeed more reverent sounding. It is a no-brainer in terms of making the Mass what it should always have been, reform or no reform. There are some clunkers here and there, but compared to all the clunkers in the uncorrected English that no one seem to mind or complain about, the new clunkers are so minor and few, I doubt that anyone will complain about these except for the elites who have an ax to grind against the Vatican. In time, though, I'm sure there will be minor refinements of the translation to eliminate some of the more "egregious" clunkers.

Keep in mind that this is a translation of the reformed Mass which was first reformed in Latin. Our older English translation was created by translators who thought that the reformed Mass of Vatican II wasn't good enough or didn't go far enough so they took it on themselves to do it for English. And I ask this small group of translators who thought they knew better than those who were commissioned to reform the Latin Mass, "What were you thinking?" Is this a blatant example of English speakers arrogance?
Posted by Fr. Allan J. McDonald at Wednesday, December 07, 2011