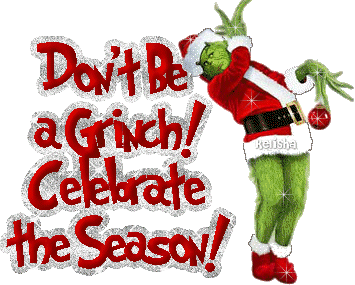 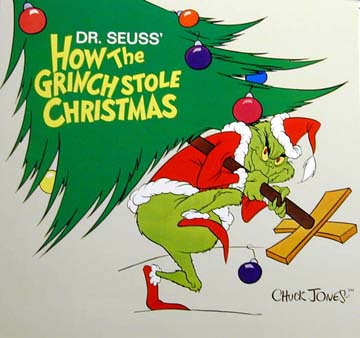 A brief Story of the Atlanta Journal:
This Sunday may be the first in a long while that Annette Bridges hasn’t attended church But as it does occasionally, Christmas Day falls on a Sunday and Bridges’ church, First Baptist of Atlanta, will hold its weekly church services on Saturday — Christmas Eve — instead of Sunday, a practice that is becoming more common here and across the country.

The reason, the Atlanta Journal-Constitution reports -- is so the church’s hundreds of volunteers and teachers can spend Christmas morning with their families, said Marcus Ryan, director of communications at First Baptist Church of Atlanta.

Although there’s no way to estimate the number the churches that have canceled Christmas Day services this year, First Baptist of Atlanta, North Metro Church in Marietta and the North Point Community Church in Alpharetta are among local congregations scheduled to hold Christmas Eve services only.

This story is from Monday's Augusta Chronicle by reporter Kelly Jasper in Augusta, Georgia--a local story about no Sunday services on Christmas Day in some Augusta Protestant Churches (at least the Augusta Chronicle tries to write about local religion stories in the main part of their newspaper, this one was on the front page, whereas the Macon Telegraph seldom reports on local religious news--must be a budget problem with having a reporter to do stories of this nature and that is sad):

Christmas falls on Sunday once about every seven years. That inspired questions from the congregation several weeks back, recalled the Rev. Carolyn Moore, the pastor of Mosaic United Methodist Church in Evans.

“People asked, ‘Will we have church on Christmas Day?’ It hadn’t even occurred to me that we wouldn’t,” Moore said.

With Christmas on a Sunday this year, the pastors of some Protestant churches canceled or consolidated Christmas services in favor of larger Christmas Eve celebrations.

Not at Mosaic, Moore said. On Sunday morning, the church held a festive service, with children in their pajamas invited to “curl up with the King” as they listened to the Christmas story found in the Bible.

Stevens Creek Church in Augusta was one of several to hold services on Christmas Eve, but not on Christmas.

“At the Creek, our families are one of the most important things to us. We encourage you to invest in those relationships more than ever this Christmas, as you celebrate the birth of Christ and the wonderful life He gives,” said an announcement from the church, which held five Christmas Eve services.

True North Church in North Augusta held four services in the two days leading up to Christmas, but none on Christmas Day.

Several churches – including First Baptist of Augusta, First Presbyterian of Augusta, New Life Christian Center and St. John’s United Methodist in Aiken – chose to have just one Sunday morning service instead of the usual two or more.

That’s a common option when Christmas falls on Sunday, according to a LifeWay Research survey. More than 90 percent of Protestant churches planned to hold at least one Christmas Day service this year.

“Having church on Christmas Day when it falls on a Sunday seems as if it would be as much of a given as having Thanksgiving on a Thursday, but this has been an issue of discussion and contention in recent years,” said Ed Stetzer, the president of LifeWay Research, in a news release.

Many churches seem unwilling to “inconvenience” families on Christmas, said Moore, who wrote about her decision to hold Christmas services in a blog post titled, “Why I will go to church on Christmas.”

“No matter what the ads and movies say, Christmas is not ultimately about family,” she wrote. “It is about God. Don’t get me wrong. I love my family a lot, but they didn’t rise from the dead for me. On Christmas morning, I’ll be sitting in the house of the One who loved me so much that He gave His only Son. And I will preach the good news about the Messiah as if it is the most important present any of us will ever receive.”

Cedar Creek Church, with campuses in Aiken and Batesburg, S.C., is among those that didn’t meet on Christmas Day.

The decision was made several months ago, and was largely driven by the church’s senior pastor, the Rev. Phillip Lee, a father of five, said Wes Holbrook, the campus pastor of Cedar Creek Church West, which meets at the University of South Carolina Convocation Center.

“It’s more important for us to give families an option to be home,” said Holbrook.
Posted by Fr. Allan J. McDonald at Tuesday, December 27, 2011

Our parish had all three regularly scheduled Sunday Masses on Dec. 25. On Dec. 24 there was of course, a "Midnight Mass" at 10 p.m. in addition to the regular 5 p.m. Vigil Mass. I went to the 9 a.m. Mass on Sunday. Attendance was very low at what is usually a Mass attended by many families with young children. There were no CCD classes and I assume many families had been to the "Children's Mass" at 5 p.m. on Saturday where a children's choir performed. That probably drew a lot of grandparents as well. I only write this as I found myself reflecting on your recent post on Vigil Masses at Christmas.

That just confounds me. We have so many parishes in this part of the country there is a certain amount of "Mass Shopping" that goes on. It's usually due to people going to the most central location to be with family, usually the Grandparents or the eldest aunts and uncles. In my childhood near Nashville, TN (home of Father Ryan HS!) my own uncle was in great demand to play at midnight Mass and someone's presentation of The Messiah. We would meet at my maternal grandmother's house for Christmas Eve dinner, the Vigil, then midnight Mass. For some reason the Protestants liked Catholic Midnight Mass. The Methodists had a magnificent pipe organ and was usually the cite for the Messiah.

I have heard that Atlanta is no longer a Southern town. I guess that is more true than I thought.

This is in Alpharetta, 20 miles NNE of Atlanta.

God forbid that anyone should be inconvenienced by worship on Christmas Day...

rcg: Atlanta no longer a southern town? Indeed, it is now the San Francisco of the east, and is quietly becoming the new Sodom.

Atlanta is the eighth wonder of the world...the only hole above the ground.