DID YOU KNOW THERE WERE SOME WHO WANTED TO DERAIL THE CORRECTED ENGLISH TRANSLATION OF THE MASS AND ARE STEAMING THAT IT HAS BEEN ACCEPTED SO WELL? 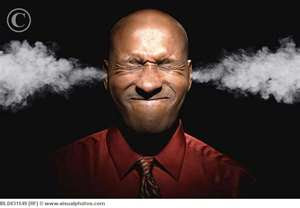 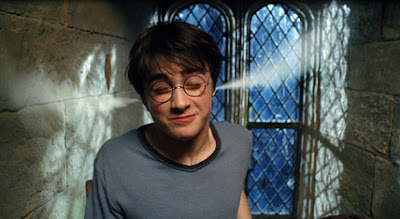 This is a good article by Phil Lawler of Catholic Culture:

From all available indications, the new English translation of the Mass has been received quietly. The faithful have not rebelled—much to the dismay of those who have spent months fighting a desperate rear-guard action against this translation, and those who saddled us for 40 years with banal language for the sacred liturgy.

Oh, I have no doubt that there was grumbling in some churches when the new translation was introduced on the First Sunday of Advent. In many parishes, liberal clerics and professional liturgists had prepared the congregations to be unhappy. (so true, I learned that by reading the PrayTell Blog! Very sad indeed! Fr.AJM) But for the great majority of Catholics, who approached the new language without prejudice, the differences were not jarring.

As it happened, the Lawler family enjoyed an unexpected bonus last Sunday. For complicated reasons (mostly involving the travel schedules of children who were visiting for Thanksgiving weekend), we attended Mass at St. Paul’s cathedral in Worcester, where the celebrant was Msgr. James Moroney: the former executive director of the US bishops’ liturgy committee, the secretary of the Vox Clara committee, the single American most responsible for the new translation. Msgr. Moroney had been working for 15 years toward this day, and now that it had finally arrived, he had trouble containing his joy. So did we.

A further personal observation: At our regular parish, the pastor jumped the gun, and we have been using the new language for a month now. So I can testify that after a few weeks of stumbling, we are already growing accustomed to the new language. Old habits are hard to break, and it will be a while before all stop saying reflexively, “And also with you.” But by Christmas, I suspect, we will usually have it right.

How appropriate that the new translation was unveiled at the beginning of Advent! Not only is it the beginning of the liturgical year, but it is also a time of searching and discovery. As we stumble over the new responses, we can think of the Magi following the unpredictable movements of a star, or St. Joseph banging on doors looking for a place to stay. If we are forced to pay extra attention to the words, that won’t be a bad thing. And if we continue to blurt out the old responses from time to time, that might be a useful lesson in humility.

Somewhat to my surprise, most Catholic Americans had been prepared for the introduction of the new translation. In an informal survey on our Catholic Culture site, almost exactly half of our readers (49.6%) reported that their parishes had been gradually introducing the faithful to the new language over a period of months. Another 40% had been invited to special presentations on the new translation (26.1%), or issued reminders during the last few weeks before the new Missal was introduced. Only 3% of our readers had been given no advance warning of the changes. In other words—if Catholic Culture readers form a fair sample—American pastors had done a good job preparing their congregations for the change. 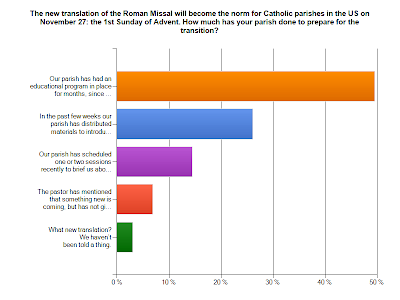 Unfortunately, the opponents of the new translation had done a good job in their own quest to stir dissatisfaction with the new liturgical language. So by last Sunday, scores of newspaper columns and blog posts had appeared, informing us that the Catholic faithful would be unable to adjust to the word “consubstantial.”

Somehow the faithful endured the shock. Actually the laity, having been prepared for major changes, may have been surprised by how little changed in the responses of the congregation. The most important changes in the new translation appear in the words used by the priest-celebrant.

And here we come to the crux of the matter (pun intended), and the reason why resistance against the new translation has been far more common among priests than among lay people. The new, loftier language has the effect of drawing attention to the action of Jesus Christ the High Priest, and minimizing the role of the celebrant’s personality. Critics of the new translation say that it is difficult for a priest to “declaim” this liturgical language. Exactly.

Place the new translation of a Eucharistic Prayer side-by-side with the old, and notice how the new Missal reminds us that a prayer—a conversation with the Almighty—is not an equal exchange. In the old version we would “ask” God to accept our sacrifice; now it is our “humble prayer and petition.” And why do the faithful do this? For “the redemption of their souls,” so that they might be “delivered from eternal damnation.” The same ideas are contained in the old translation, it’s true. But here they are spelled out with refreshing clarity.

Then notice the constant references to the glory of God and our own humble estate: “Be pleased…venerate…oblation…holy and venerable…eyes raised to heaven…glorious majesty…humble prayer…divine majesty…graciously grant.” With a liberal sprinkling of “blessed” and “holy” and “sacred”—words that were often dropped from the Latin in the old English translation—this language steadily reminds us that the Eucharistic liturgy is much more than another community event. The language helps us to recognize that when God vouchsafes to accept our sacrifice, it is because of his inexhaustible mercy, not because of our rhetorical prowess.

At its worst, the old translation could sound like a business memo, addressed to God, giving the Almighty a to-do list: grant this, accept that, bless this. The new language avoids that trap. And in doing so, the new translation guards against the tendency to view the priest-celebrant as the central actor in the drama. Instead we are reminded that the Eucharist is the action of Christ. (Is it too much to hope that the next step in the liturgical renewal will be for priests to turn around and face in the same direction that the faithful are facing: ad orientem, driving home the truth that we are all praying together, priest and people?)

The new English liturgical texts are more faithful to the Latin originals. But that fidelity is not the only benefit of the new language. This new translation unlocks a treasury of Catholic liturgical heritage. There is the rich poetic language, with its parallel clauses and vivid imagery. There are the allusions to the prophets, the Psalms, and the history of Israel—helping us to recall the Hebrew roots of Christian faith, and to be mindful that apart from this holy Sacrifice, we would be like the ancient Patriarchs, feeling painfully unworthy to raise our eyes in the presence of the eternal I Am. It is sad to realize that an entire generation of Catholics has been raised with an impoverished liturgical language, but consoling to know that they will now discover the riches they have inherited.

MY COMMENTS: I agree with everything Phil writes especially the last paragraph. For the first time since I've been a priest, I feel as though I have been given a text for the Mass that is meant for the majesty of God the Almighty Father who brings us to His majesty through the sacrifice of His Son on the Cross, His suffering, death and resurrection and the gift of the Holy Spirit all of which is renewed continually at the Holy Sacrifice of the Mass. But the Majesty of God is what the language now make marvelously plain. It was always there in the Latin, and by that I mean the Latin Mass that was reformed after Vatican II, not just the pre-Vatican II Latin Mass. There is no reason apart from wanting to denigrate the majesty of God and thus obscure His glory that the original English translation was allowed to be the way it was, so corrupted.
Posted by Fr. Allan J. McDonald at Sunday, December 04, 2011

The new English translation has always been a noncontroversial "no-brainer" for me. This kind of translation should've always been the way the English Novus Ordo sounded, which is more in continuity with what came before (that is, the '65 Missal and the English hand Missal translations of the '62 Missal).

For those of us who are familiar with the EF, it makes it a lot more evident where the real differences are between the two forms because the wording of parts both have in common now sound the basically the same(an example of one of these real differences being the offertory prayers and the additional Canons which we can, at least, now hear for the first time in a more accurate translation).

Even in my exceedingly liberal parish, the new translation has been put in place with minimal apparent negativity. Oh, there was the declaration by our DRE a year or more ago, that she hoped she might die before the new translation came in, but apart from that.

Of greater concern is the announcement of the Advent Concert: "This year, we will focus on the Winter Solstice!"

I do enjoy the new translations. However, I grew to enjoy the Latin parts we had been using, particularly during Advent and Lent. I was looking forward to their return last week during the first Sunday of Advent ...

To be honest, I miss the small amount of Latin we were doing. Sometimes with the greeting, I almost automatically go to the Latin, but must catch myself.
We didn't go to the Latin this Advent as we really need to get the new English into our blood (although in hindsight it would not have been a bad idea to do the Agnus Dei). But at Lent, we will do the Agnus Dei and Sanctus. However, the English Sanctus is so Latinized now as are all the prayers, sometimes I feel I am praying the Latin although it's English, which is what I think the Vatican had in mind!

Father,
AS you well know, one of the repeated complaints regarding the OF by traditionalists was that in the OF, the mass was presented only as a meal and not as a sacrifice. This problem was truly compounded by the now defunct translation of the OF. I notice when I read Cipriano Vaggaginni's The Canon of The Mass and Liturgical Reform that there was really nothing in his book about the mass as a meal, but an almost obsessive attempt to make the sacrificial nature of the mass clearer, in accord with the Constitution on the Sacred Liturgy. Eucharistic Prayer Number III was to Vagganni, the ideal Eucharistic prayer, and considered at the time as a "cleaned up" version of the Roman Canon. The new translation of the Third Eucharistic Prayer finally brings out what Vagganni was trying to do. There is now no doubt that the focus of this Eucharistic prayer is sacrifice and not a MacDonald's happy meal (no pun intended).