WOW! MAKE NO MISTAKE, AS A CITY-STATE, WITH DIPLOMATIC RELATIONS WITH MOST OF THE WORLD, THE VATICAN IS NOT JUST A RELIGIOUS REALITY BUT ALSO, BY THE NATURE OF THINGS, A POLITICAL REALITY BUT IN BOTH REALMS AND UNDER THE CURRENT PONTIFICATE, CONFUSION REIGNS WITH DIRE CONSEQUENCES FOR THE CHURCH’S RELIGIOUS AND POLITICAL AGENDA… 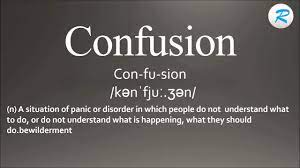 This is from John Allen and Crux this morning and points out that even those progressive Catholics aligned with Pope Francis, there is a great concern about his double-speak on Ukraine and an inability to be clear and coherent about what is happening there. This same concern can be applied to His Holiness’ religious theology or lack thereof.

In Catholic terms, however, the great unknown at the three-month mark is what, exactly, Pope Francis and his Vatican team make of the situation. So pronounced is the confusion that recently, four prominent Catholic authors, all seen as basically pro-Francis, penned a lengthy piece noting that the Russian Orthodox Church is claiming the Vatican as an ally in the conflict, and insisting that the pontiff needs to make the Vatican’s position clear. Among the co-authors was Massimo Faggioli of Villanova University, one of the most outspoken defenders of Pope Francis in the United States.

The perplexity is understandable, given that papal statements seem almost deliberately calculated to keep people guessing.

This is a risk that comes with trying to align oneself with political or social agendas. The owners and subscribers of those agendas expect you support their other agenda. I’m not sure how Pope Francis can support the Ukrainian people without at least appearing to choose a side. In the past he has wrapped the bitter pill of orthodoxy in the bacon slice of compassion and got his hand bit by the dog of tolerance (“who am I to judge?”).

Now the brute Russian husband is dragging his common law wife of many years back home and beating her for leaving him because he beat her. Poor Pope Francis. What a bed he has made for himself.

As I've observed the Vatican's reactions to the war in Ukraine, here's what strikes me:

- Utter confusion about the right of self-defense. When the Holy Father says things like, there is no such thing as a "just war," does that make the people of Ukraine "unjust" because they defend their homeland and themselves?

- The usual approach of trying to stay "neutral" and not being too frowny about things must surely have backfired here. How can the Ukrainians not be alienated when the Vatican keeps saying, "well, on the one hand...on the other hand..." There is a mindset that insists that when you say sharp things, you alienate. This, however, proves the opposite.

- I come back to what is becoming a theme for me of late: the bishops of the Church do not seem to have it in their bones to be fathers. Genetically, they mostly seem to be bureaucrats or, to put it more nicely, managers. Thus, whenever they must give an instant, unprogrammed response, what issues forth are those of officialdom, rather than the reaction of a father regarding a child.

And if someone says, well both the Ukrainians and Russians are children, I say this: if one child is assaulting another child, a parent knows EXACTLY what to do and acts IMMEDIATELY. No parent, seeing such happen, retreats to ones office to seek advice on a well-measured response, to be issued somewhat later. Instead, that parent SPRINGS into action and protects the vulnerable from the agressor, even if both are his or her own beloved children.

Excellent points and what Pope Francis and so many are doing in lockstep is rehashing 1970's touchy feeley non judgmental gibberish. There is a link to the sex abuse scandal of the 70's where bishops did everything they could for the perpetrator of the abuse, like cushy in-resident programs and nothing for the victims or very little and they enabled on-going abuse by the same perpetrators. There's a link in all of this to the Vatican's Ukraine policy.

Father Fox bravo and this is why, regrettably, you won’t be a bishop. You think like a man!

It's clear what the Vatican is thinking on Ukraine

“Respect for creation is of immense consequence, not least because “creation is the beginning and the foundation of all God’s works”, and its preservation has now become essential for the pacific coexistence of mankind.

desertification, the deterioration and loss of productivity in vast agricultural areas, the pollution of rivers and aquifers, the loss of biodiversity, the increase of natural catastrophes and the deforestation of equatorial and tropical regions?"

The Vatican city state was set up only in 1929. It is the Holy See, not Vatican state, which is the diplomatic player, a role it has exercised for centuries.

Do you agree with the comment by the pope that there is no such thing as a just war -- ergo, the Ukrainians are wrong to fight back?