EXCELLENT MUST READ ARTICLE ON THE SOCIOLOGICAL UNDERPINNINGS OF THE CURRENT CRISIS OF DECLINE IN CATHOLIC BEIEF, CATHOLICS AND PRACTICES!

This post goes with the one directly under it! I hope the hierarchy reads this article! 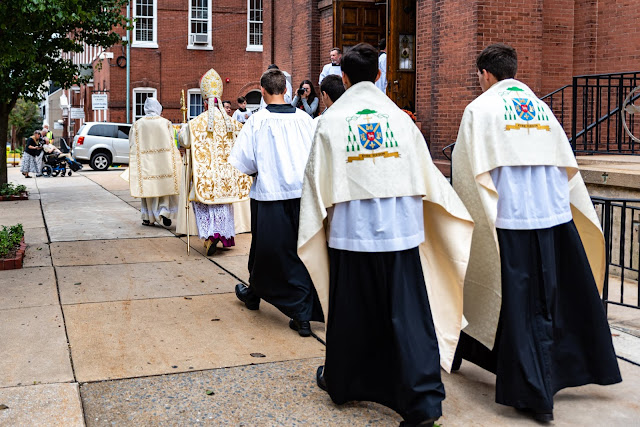 A Sociological Analysis of the Liturgical Reform

The Holy Father’s recent comments seemingly against the barefoot mother pilgrims’ pleas do not understand this, and end up marginalizing faithful Catholics.
Read the rest there…
Posted by Fr. Allan J. McDonald at Saturday, May 21, 2022

Sadly, the current heirarchy with a few exceptions will remain in denial. But those pesky Latin Mass lovers who actually believe what the Church teaches must be crushed! I guess the OF is not packing them in!

You can't ignore the effect of changing culture, the shift of accepted social norms etc. however, clearly the reforms didn't help. Since COVID, I've viewed a lot of online masses just to see what goes on elsewhere and am shocked at the shear number of really ugly churches, really bad music, really ugly vestments, the non-existence of ars celebrandi, just a mess. Generations, at this point, have never seen a beautiful liturgy as the Church really intended it to be. Many have never seen a beautiful, cohesive church just ticky-tacky "worship spaces" with stick figure, cartoonish, abstract imagery. It just totally looks like it's stuck in a certain era and I didn't generally glean unbroken tradition from most of what I watched. Many homilists made light references to sacred scripture mostly tying their thoughts to social justice types of themes. Most nones/younger people absolutely cannot be bothered - they are just "social Catholics" if asked when completing a form.

At the time of the Council we had not yet seen the unrest triggered by Viet Nam in the US. I think the Church could have been a bulwark but instead opted to go crazy through “reforms” that were not asked for and not liked by large numbers of Catholics. You are quite right about the banality and sheer ugliness of the typical Novus Ordo Mass. If I were not already Catholic when the reforms were inflicted, I certainly would not be attracted to a Church allowing that kind of Liturgy. I probably would be attracted to the Eastern Rites which I believe have retained their beauty

There is also an element of self-loathing perhaps extending from the failure that was twentieth century Europe and her wars and political perversity. Now we are trying to get by on 1970 era American beer crafted from failed memory framed by dubious standards meant to satisfy man and without regard to the weak and diluted result.