LET’S FACE IT, POPE FRANCIS’ DESIRES TO RECAPTURE HIS YOUTHFUL PRIESTHOOD OF 1969 BY TRYING TO RECPATURE THE ENERGY AND EXCITMENT THAT VATICAN II GENERATED IN SCORES OF YOUNG CATHOLICS OF THAT PERIOD—BUT HE HAS FAILED TO INGNITE THE YOUNG, ONLY CLERICS AND LAITY HIS AGE ARE EXCITED AS THEIR LIVES COME TO AN END… 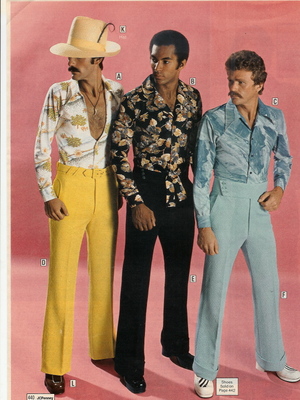 Pope Francis and other 1960’s liberals think the synodal process will generate the kind of excitement and enthusiasm that these same 1960’s liberals experienced in the 1960’s. But even liberal theologian Dr. Faggioli says it isn’t capturing the imagination of the young, especially the disaffected young, the nones.

There are two articles of interest this morning. These are conservative but scholarly and make a great deal of sense and give us hope that after this papacy has concluded and an entire new generation of the Church now experiences the chaos that was prevalent in the Church in the 1960’s, the way forward will be a recovery of the John Paul II and Benedict era of reform in continuity and respecting and holding as sacred what the Church has perennially held as important and sacred: Scripture and Tradition as well as the historic liturgy of the Church:

Francis’s speech, delivered May 7 and addressed to the faculty and students of the Pontifical Liturgical Institute Anselmianum [text here], suggests some nervousness.
Decades of improvised liturgical interventions to erase all traces of adoration, reverence, sacred awe, and connection with Sacred Tradition; synods and meetings to no end, to mortify what is branded as the Catholic “right” in order to extinguish it... and then, having to realize that the ancient Mass is not only enduring, but spreading more and more; that young families - and even young vocations - are irresistibly attracted to a liturgy full of sacredness, all oriented to God. On the contrary, the magnificent progressive dream, the new Jerusalem made of meetings, offices, and paper gives birth to its sad sterility, its inability to know how to attract, instead spreading boredom, desertion, apostasy everywhere.
Read more »
PRESS: And from Sandro Magister
“Fratelli Tutti” Nothing Doing. Before the Conclave, the Cardinals Should Reread “Dominus Iesus”
And for fuzzy liberal, Jesuit thinking we have this from the NCR:

Why is the church failing in the West?

Thomas Reese: There are numerous signs that the Catholic Church is failing in Western countries. There are few vocations, church attendance is down and young people are leaving the church in droves. Why?

Being contumacious has not helped PF and his generation of juvenile geriatric delinquients. The lack of self-awareness is breathtaking. They will leave the Church in worse shape than they found her. The implementation of Vatican II has been an unmitigated disaster, a top down movement for which there was little support in the laity. An the laity voted with their feet.But when I see my cassock wearing, 32 year old pastor who says Mass in Latin once a week, I have hope. He also exudes joy in his priesthood, something you don't see with PF and his minions.

I'm afraid that for this reader Pope Francis commands as much credibility as does Vladimir Putin.

Among those who criticized the 'reform' of the Easter Triduum were Evelyn Waugh, JRR Tolkien, John Cardinal Heenan, and Pope John XXIII. According to PF, they all had 'closed minds'.

How much longer do we have to endure such ignorant, malicious and downright mendacious drivel?

WHY? Because of churchmen like you, that's why, moronacus.

How do you really feel?

You named a group of men who were great thinkers and represent a wide spectrum of thought, not the echo chamber emanating out of the Vatican today.

We could use men like them today. For someone trained by the Jesuits, PF seems a rather dim bulb.

I fear that for this pope and so many liberal Catholics still living but inspired by the 1960’s and 70s reforms and deforms, they have made an idol out of Vatican II. But, no Catholic can make an idol out of an ecumenical council, pope or reform.

TJM hit the nail on the head. The people have voted with their feet and the answer to the question "why", couldn't be more obvious. No amount of meeting about meetings will accomplish anything. The only person in my family excited about this process is my 90 year old Aunt who is reliving her glory days when she was a member of the diocesan V II Implementation Team. Back in the day, this group of disaffected hippies roamed the diocese holding meetings to help the faithful understand the changes that were coming down. Now we have mini-synods going on that are laughable. The hippies are coming out of the woodwork clinging to the good old days and are sitting at tables with younger people who are telling them "no". We don't want the nonsense. No women priests and deacons. No gay marriage. No more relaxation. No more guitars. No drum sets on the side of the altar. No "technicolor dream coat" chasubles. The hippies can't believe it and the "Chief Hippie", HFPF, is proving more and more irrelevant every time he opens his mouth.

To make an idol out of a failed Council is pathetic. In contrast, Trent was wildly successful

"they have made an idol out of Vatican II"

I've said this for years. "They" will deny it but, they just don't hear themselves. It's like brainwashed people. They worship Christ the same as I, but, there's also an ideology occupying way to much real estate in their minds and they don't even realize it. If I never ever hear "Vatican II / The Counsel / Fruits of the Counsel" and any other form of that babel/blather again, I would be very happy. The shame of it, it's not the Counsel's fault, it's the way it was perverted at the time and continues to be perverted. I honestly wish there would be a Vatican III just so we never ever, emphasis on n-e-v-e-r e-v-e-r have to hear about it again. Ever...

The synod will blow over like a fart in a storm. Non-sensical questions (at least that ones that I've seen) that likely led to non-productive "listening sessions" (work prevented my attendance) that will lead to nothing in particular and a document no one will read except the ninnies hung up on its supposed "fruits". Do they really think the folks in the Pittsburgh Diocese give a flyin s#i_ about any of this as they try to just keep a few churches open (and, then, mostly the ugly ones)? Likewise, was it Rochester NY that just closed a material number of parishes. This effort won't address "where have all the people gone????" Answer: they're mostly nearby like they've always been, they've just totally tuned you out and scandals/COVID sealed the deal that they aren't coming back.

If we can survive another ten years all these fools will have gone to their judgement. My hope is in the young laity and faithful young orthodox priests.

If the globalist don’t get all killed before then.

By the way that first photo is 70’s gay. I have a first grade photo of me in 71 with a yellow shirt with big pointy collar. Yuck

By the way what’s that large house photo of at the top of the page?

The "synodal Church" seems like a church of way too many meetings, and questionnaires, and plans, and strategies. And too much focus on the people who plan and preside over the meetings.