VATICAN NEWS REPORTS ON VATICAN SHENANIGANS INCLUDING THAT OF THE POPE 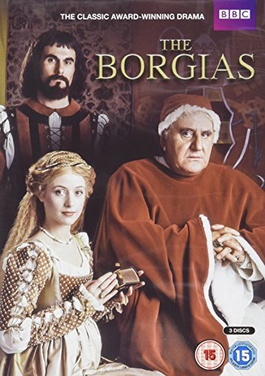 Prior to the questioning, Cardinal Becciu first sought to clarify the "issue" of Libero Milone, the former auditor who resigned from his Vatican post in 2017 (which he declared was against his will).

Asked about Milone's "fate" on 5 May, the cardinal had not answered "for love of the Holy Father." Instead, today he explained that he had been authorized in recent days by the Pope himself to speak. He then denied any responsibility for Milone's resignation. It was the Pope, he said, who in June 2017 instructed him to report to the auditor that "as of today he no longer enjoys the Holy Father's confidence" and that "he must resign."

"The reasons," he explained, "are contained in the communiqué of the Holy See Press Office (24 September 2017): it turns out that the Auditor's Office, going beyond its competence, has illegally commissioned an external company to carry out investigative activities into the private lives of members of the Holy See.

Well, you seem to forget the history from within your own lifetime.

Remember Archbishop Marchinkus, among other through the centiries since the Borgias?

"In July 1982, Marcinkus was implicated in financial scandals being reported on the front pages of newspapers and magazines throughout Europe, particularly the collapse of the Banco Ambrosiano, in which Propaganda Due (aka "P2"), a Masonic Lodge, was involved. Marcinkus had been a director of Ambrosiano Overseas, based in Nassau, Bahamas, and had been involved with Ambrosiano's chairman, financier Roberto Calvi, for a number of years. He also was involved with Michele Sindona, who had links with the Mafia."

There’s corruption and then there’s corruption and what Vatican News is reporting reaches up to the pope himself who Becciu says that Pope Francis order Maloni fired because Milone was uncovering Vatican corruption of all kinds to include financial, but one also presumes sexual and the pope did not want that uncovered.

It was reported earlier that the pope himself authorized a lavish dinner party when the London deal was completed. This from a pope who complains about the cars and liturgical clothing some hierarchy’s and lowarchs have.

You can’t make this duplicity up!

People forget that PF grew up during the Peron regime and likely picked up a few tips along the way! Marcinkus was from Chicago so that’s a shocker. The Borgia pope, though immoral, was orthodox and did not interfere with the orthodox practice of the Faith

Cardinal Pell has rejected the notion that the corruption reaches to Pope Francis.

Cardinal Pell has praised the manner in which Pope Francis has dealt with Vatican-related corruption.

In regard to the notion that the corruption reaches to Pope Francis, Cardinal Pell responded:

Andrew Bolt (interviewer): "I have described it as running right to the very feet of the Pope. Would I be wrong?"

But “even the most critical observers say disaster has been avoided,” Pell said.

MT, I think we need to hear from Cardinal Pell as it concerns what is a bombshell concerning the firing of Milone. Pell thought it was exclusively Cardinal Becciu who did it on his own. But now, if Becciu's testimony is to be trusted and Vatican News has published it, Becciu says Pope Francis told Becciu to ask for Melino's resignation because Meloni was ordering some undercover work of those in the Vatican to uncover fiscal corruption. The pope objected.

I'd love to know Cardinal Pell's take on this now.

LOL - you really need to hold off like Father McDonald suggests.

Father McDonald, I am confident that Pope Francis, a holy man, is above any scandal that may be related to Vatican financial dealings.

Anyway, Father McDonald, I, an unimportant man, thank you for the opportunity to participate on your important blog.

"The environment is God’s gift to everyone, and in our use of it we have a responsibility towards the poor, towards future generations and towards humanity as a whole.

"The technologically advanced societies can and must lower their domestic energy consumption, either through an evolution in manufacturing methods or through greater ecological sensitivity among their citizens.

"The way humanity treats the environment influences the way it treats itself, and vice versa.

"The Church has a responsibility towards creation and she must assert this responsibility in the public sphere. In so doing, she must defend not only earth, water and air as gifts of creation that belong to everyone.

"She must above all protect mankind from self-destruction."

Sophia Here: off topic but Alert: Thank you Jesus!-it's about time! Now for President Biden!.

Your quotations from Cardinal Pell illustrate his commendable loyalty to Pope Francis.

Since you have a seemingly inexhaustible compendium of quotations, can you furnish us with one from PF which indicated his support for Cardinal Pell when the latter was falsely accused and falsely imprisoned?

It would do much to allay the suspicions of those who think the Cardinal was hung out to dry.

Off topic, but this is too good not to post:

Please do not be confused or distracted by the link TJM posted. It addresses only one part of the claim that the Trump campaign colluded with Russia to interfere with the 2016 election—the false claim that the Trump Organization had a server with a direct connection to a Russian bank, the Alfa Bank. The definitive account regarding the broader alleged collusion is the Mueller Report. For those who do not wish to wade through the two volumes of the entire report I recommend the following Wikipedia article:

Some relevant extracts regarding the Russian government collusion claim:

The investigation found there were at least 170 contacts between Trump or 18 of his associates with Russian nationals and WikiLeaks, or their intermediaries, though the contacts were insufficient to show an illegal conspiracy. To establish whether a crime was committed by members of the Trump campaign with regard to Russian interference, investigators "applied the framework of conspiracy law", and not the concept of "collusion", because collusion "is not a specific offense or theory of liability found in the United States Code, nor is it a term of art in federal criminal law". They also investigated if members of the Trump campaign "coordinated" with Russia, using the definition of "coordination" as having "an agreement – tacit or express – between the Trump campaign and the Russian government on election interference." Investigators further elaborated that merely having "two parties taking actions that were informed by or responsive to the other's actions or interests" was not enough to establish coordination. . . .

The Report cited several impediments to investigators' ability to acquire information, including witnesses invoking their Fifth Amendment right against self-incrimination, witnesses deleting electronic communications or using encrypted or self-destructing messaging apps, limitations of interviewing attorneys or individuals asserting they were members of the media, information obtained through subpoenas that was screened from investigators due to legal privilege, and false or incomplete testimony provided by witnesses.

While conspiracy or coordination was not proven, Mueller's report left many unanswered questions, such as whether the myriad secret contacts between Trump associates and Russians, which they lied about, constituted, using Mueller's words, "a third avenue of attempted Russian interference with or influence on the 2016 presidential election"? . , , .

Trump and many of his supporters have falsely claimed there was "no collusion", even though Mueller made no conclusion about "collusion", only about "conspiracy" or "coordination", and Mueller pushed back against such claims. . . .

• Trump had "directed" Michael Cohen to lie to Congress.
• Cohen was in Prague in 2016.
• Russian Alfa Bank server was communicating with a Trump Organization server.
• Paul Manafort secretly met with Julian Assange.
__________________

“The truth is out there” (Fox Mulder)