THE CHURCH NEEDS MORE CORAGEOUS BISHOPS TO CHALLENGE THE VATICAN'S RETROGRESSIVE 1970'S UTOPIAN IDEOLOGIES HARMING THE CHURCH AND THE WORLD! 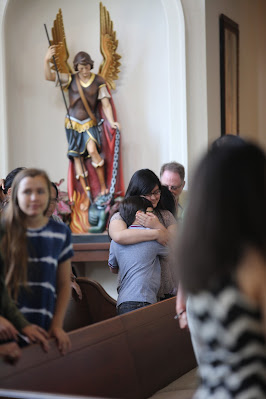 WARSAW, Poland — The president of the Polish bishops’ conference criticized the Vatican’s “naive and utopian” attitude to the war in Ukraine and urged Rome to show “greater maturity” in attitudes toward Russia.

Read the rest there...

There are folks who disagree with Archbishop Stanislaw Gadecki.

V is for Viganò.

Archbishop Viganò, for example, has insisted that Russia/Putin, and, for that matter, Patriarch Kirill/Russian Orthodox Church, are victims of Western elitists who provoked the war in question.

"Biden Administration, NATO and the European Union deliberately want to maintain a situation of obvious imbalance, precisely to make impossible any attempt at a peaceful resolution of the Ukrainian crisis, provoking the Russian Federation to trigger a conflict."

Archbishop Viganò has assured us that the western news media have lied to portray Russia as villains.

Archbishop Viganò has assured us that Putin's soldiers have treated Ukrainian civilians in wonderful fashion.

The last time that I checked, The Remnant had assured us that Putin/Patriarch Kirill are on the side of Christians...and protect us from "Bergoglio"/The Great Reset/The New World Order.

Mundabor, a Catholic blogger, has assured us Putin/Russia are the victims...that Putin has protected Ukraine's civilians and infrastructure...and that Putin/Russia have defended Christians/Christendom.

"This, then, is the fundamental problem with Summorum Pontificum: it is internally incoherent, founded on a monumental contradiction...Summorum Pontificum subtly holds the traditional liturgy hostage, or gives it, as it were, second-class citizenship."

Instead of cutting and pasting, tell us what YOU think.

I find it hard to trust a world leader in the middle of a war that has time to address US congress, go to the oscars, and have a time magazine pbotoshoot.

Russia has the means and capability to transform Ukraine into a parking lot in a very short period of time. The fact that they haven't done so, says something.

I find it difficult to believe what is being said about Ukraine when US politicians are able to fly into Ukraine (apparently, this ultra dangerous place) without any problems.

Putin is certainly not a saint by any means whatsoever, but I don't think the CIA coup in 2014 Uninstalling an elected government, and Russia supporting Crimea (they voted to go back to Russia, and it wasn't recognized by Ukraine).

Zelensky, nor Putin are really to be trusted. My friends in Ukraine are safe, Glory to God.

I get that some people want the Patriarch of Moscow and all Rus to say stronger statements against what is happening in Ukraine, I think the statement is strong (in Russian) given the circumstances, Vladyka Onufry (based in Ukraine) has had plenty to say and strongly condemning the war (and I stand with him)...

I tend to think there is a lot more to Ukraine than what the powers at be tell us.

Unless Russia can cogently demonstrate its invasion of Ukraine was “defensive” it seems the Ukraine has the better argument. But since I am not an expert in Russian/Ukraine matters, I will defer to the experts.