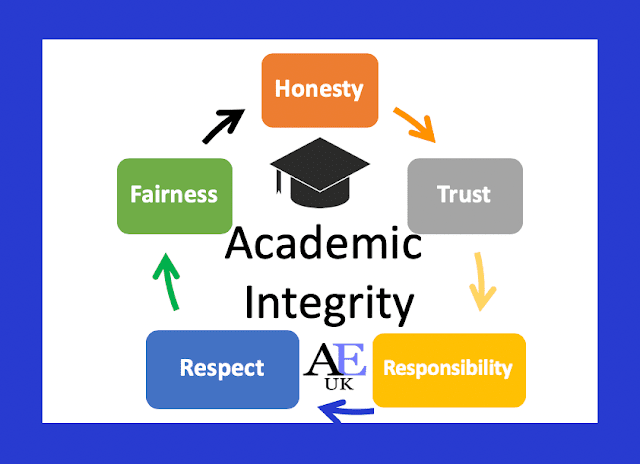 I think we should be able to expect a more academic and intelligent answer to the question posed to Archbishop Roche without ideological overlays and false information (my commentary in red):

Question:  Almost a year ago, "Traditionis Custodes" limited the possibilities of using the liturgy prior to the reform of the Council.  The document explained that its objective was "to seek ecclesial communion."  Has progress been made towards that goal?

Archbishop Roche: – We must begin by saying that the reason behind this decision is the unity of the Church, and that is what has moved the Pope.  The previous Popes, John Paul II or Benedict XVI, had never thought that the existing possibilities had the objective of promoting the Tridentine rite, but only serving people who have difficulty with the new form of prayer of the Church. This is not the full truth. For at least Pope Benedict, both forms of the liturgy celebrated by young and old (the older form having more young people, per capita) was to have a gravitational pull on both and with time organically leading to one Latin Rite Roman Missal which would be considered reform in continuity with both!)

But, in the end, we are formed by the liturgy, because the liturgy carries within it the faith and doctrine of the Church.  Lex orandi, lex credendi.  I think that, in reality, this is not only a difficulty for the liturgy, but a difficulty for ecclesiology, for doctrine.  For the first time in history, since the Second Vatican Council, we have in the magisterium an insertion of the nature of the Church, since it is the first time after two thousand years that we have a dogmatic constitution such as the "Lumen Gentium".  "Lumen Gentium" implies that it is not only the priest who celebrates the mass, but all the baptized.  Obviously, it is not possible for everyone to do what is related to the consecration of the Eucharistic species without the priest;  but all the baptized, like the priest, have a position to celebrate. (This can be true in the older Missal and by the late 1950's, the Church was moving the Ancient Missal in that direction!)  Everyone participates in the priesthood of Jesus Christ and for this reason, as "Sacrosanctum concilium" reminds us, they have the right and the duty to participate in the liturgy. This is in contrast to the rite in the 1962 missal, where the priest was seen as the representative of all the others who are present at the celebration of the mass. (He falsely presumes that the laity today who participate in the Ancient Roman Missal aren't participating--this is an outlandish statement and unworthy of the head of the dicastery for Divine Worship!) This is the great difference between the two forms: the Church as it is understood in today's ecclesiology, and the nature of the Church as it was conceived by earlier ecclesiology.

But with that said, a third Roman Missal, reformed in continuity with the previous two Missals, certainly could highlight lay participation and the roles of lay readers and acolytes officially installed in these position after rigorous formation (male and female).

What is needed more than ever is an ecclesial unity and noble simplicity in the modern Mass and stop placing too much emphasis on things that really don't need to be emphasized in the liturgy and usually associated with an unbridled inculturation that divides congregations during the Mass being celebrated, so eclectic to be a caricature of the Mass.

At Charleston's new bishop's consecration, the Mass music and language  was so eclectic to be jarring and a distraction.  The offertory procession reminded me of an I Love Lucy show, when midway through, Desi Arnaz would perform a song and dance number before getting back to the original plot of the particular episode. Something as mundane and straightforward as transporting the offerings to the altar is turned into an entertainment show, like a segment of The Ed Sullivan Show.

And showing the "Papal Bull" in an actual procession throughout the congregation to vigorous applause gives way too much to attention to a piece of paper with words on it, just read to the congregation! And the applause, I lost track of how many nauseous times--it was worse than an entertainment show in that regard and like a caricature of a coronation--where was the noble simplicity demanded by Vatican II??????????????? Where was the sobriety of the Roman Rite which the two Roman Missals should hold in continuity?

Atrocious to say the least. It portends things to come. This is the face of HFPF's "church". Look at the official photo you shared. He can't even get a Zucchetto that fits properly. I imagine he won't even wear it. Too traditional! In winter, turtlenecks. In summer open collar.

I saw the Program for the Bishop's Consecration. There were some positives: Greek Kyrie, Latin Gloria, the Veni Creator Spiritus. I really don't understand why then, the Latin Sanctus and Agnus Dei were not used. Oh well

No one worships ecclesiology. No one.

Ecclesiology seeks an historical and theological understanding of the Church from its foundation by Jesus Christ to the present day.

Course Objectives
1. To situate the origin of the Church within the early Christian community’s experience of the Resurrection of Jesus the Christ;
2. To explore the mystery of the Church as the fundamental sacrament of Christ, the primordial sacrament of God;
3. To deepen our understanding of the nature and mission of the Church on the basis of Scripture, Tradition and the teaching of the Church;
4. To appreciate the gift of the Church to the world and to grow in our understanding of the dynamic relationship between church and culture and between church and other faith traditions.
5. To apply models of ecclesiology to contemporary issues and concerns in our Church today.

A must re-read is then Cardinal Ratzinger's, "The Ecclesiology of the Constitution on the Church, Vatican II, 'Lumen Gentium'" (19 September 2001) L'Osservatore Romano).

So, the new cult of ecclesiology where only 12% of Catholics attend Mass is doing all the pious dribble you highlight from an ivory tower that is in denial about the realty on the ground. Yea and crumpets ecclesiological fantasy I would say.

No one worships ecclesiology. No one.

If knowing my Catholic theology means I live in an Ivory Tower, then it is a residence I am honored to inhabit. On the other hand, you have told us repeatedly that, in your seminary formation, you received little or no proper academic formation. And in rants like yours at 10:13 AM on May 14, 2022, it shows.

"He can't even get a Zucchetto that fits properly."

Newly appointed bishops often use borrowed episcopal vesture in the time following their appointment until they are able to have them made by a proper tailor. That Bishop Fabre's zuchetto doesn't fit snugly on his head is not likely a sign of his disdain for a bishop's regalia.

(Now, there were some seminary classmates who had, early in their years in formation, all the necessary vesture for their expected rise through the ranks to the fullness of priesthood. One of ours had even snagged a precious mitre for his anticipatory collection. Needless to say, he flamed out early on and died a sad death. May God be merciful on his soul.)

No, he said and he meant zuchetto.

Fr K is Exhibit A for why the Catholic Church is cratering: 1) he votes for a political party which is intrinsically evil and 2) cannot acknowledge that the OF is a flop and fails to instill belief in the Real Presence. He should join an ersatz Church where orthodoxy is optional. He should get a life and quit bothering us with his bilge

Fr K is Exhibit A for why the Catholic Church is cratering: 1) he votes for a political party which is intrinsically evil and 2) cannot acknowledge that the OF is a flop and fails to instill belief in the Real Presence. He should join an ersatz Church where orthodoxy is optional. He should get a life and quit bothering us with his bilge

Fr. Kavanaugh is definitely mistaken on worshipping ecclesiology. Humanity has demonstrated a rather startling ability to turn anything into a god. I would argue that among traditionalists, there are a few who turn the TLM into an idol. E.g. the Mass will solve the problem rather than God will solve the problem through the Mass, thus the TLM becomes an object of superstition. Similarly for Ecclesiology, if Ecclesiology turns either explicitly or implicitly into an end in itself then it is idolatrous. E.g. academics thinking that they are so clever for putting together this product based on their ecclesiological research that will solve everything. Arguably, the proceedings and journals of those actually involved in at least the V-II implementation suffered from this line of reasoning.

There's no Church without ecclesiology, soteriology, eschatology, pneumatology, Christology, sacramental theology, etc. None exists in and of itself, and no one who speaks of the importance of one is dismissing the importance of the others.

Again, re-reading the presentation by then Cardinal Ratzinger's "The Ecclesiology of the Constitution on the Church, Vatican II, 'Lumen Gentium'" (19 September 2001) L'Osservatore Romano) can be helpful.