IT APPEARS THAT POPE FRANCIS’ VATICAN IS REIGNING IN THE WILD HORSES OF BISHOPS IN VARIOUS. COUNTRIES, THIS TIME AUSTRALIA 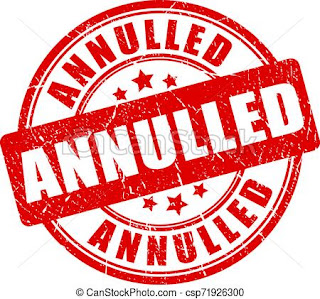 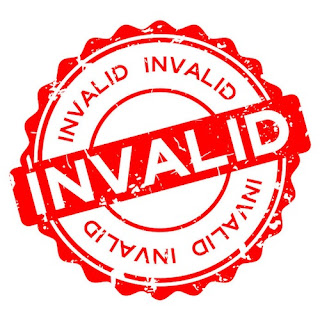 My most astute comments first:

Then the Vatican told bishops, priests and deacons, not to mention anyone who does an emergency baptism, that only the words, I baptize you, in the Name of the Father and of the Son and of the Holy Spirit constitutes a valid baptism, any other words, to include even the royal “we” invalidates the conferral of the sacrament.

And then Pope Francis wrote notes about how angry he was with the last synod and I presume all his synods because of participants bringing “his (their) truth” to the table and not discerning THE Truth, the Way and the Life of God. I expanded on that anger of the pope by the way.

So what does this tell the German Church which is going off the rails with its local synodal process?

And now this to the Australian Church which wanted priests to be able to break the seal of confession for some mortal sin and to propose option celibacy. THE VATICAN SAID NO! :

Although reaffirming the principle that the seal of confession can never be violated, the Vatican has told Church leaders in Australia that victims of sexual abuse should be encouraged to report abuse to the proper authorities.

Recognizing the question of the seal of confession “is one of great delicacy and that it is related intimately with a most sacred treasure of the Church’s life, that is to say, with the sacraments,” the Vatican said “the confessional provides an opportunity – perhaps the only one – for those who have committed sexual abuse to admit to the fact.”

READ THE REST AT CRUX

Wouldn't it be wonderful, truly wonderful, if this Pope shows himself willing to actually defend the Faith of Our Fathers?

I can't help but think that Pope Francis knows his time as pontiff is running out. Perhaps he is doing an examination of conscience of what his papacy has done to the Church and worldwide compared to the trajectory that Popes John Paul II and Benedict were developing. In fact, by the time of Benedict's abdication, I think most rank and file priests and laity felt a new comfort in the post-Vatican II direction of the Church which valued many of the traditions and cultural expressions of the pre-Vatican II Church but without being "pre-Vatican II" in the strictest sense, i.e. SSPX.

Perhaps too, he is now rattled by the critiques of those in the Curia, many cardinals, some now dead, and the college of bishops who are taking him to task publicly and I would hope, more importantly, privately and with him.

There is a South American arrogance in this pope combined with a so-called humility toward the poor, which I think is quite real for this pope, that has worn out its welcome with many?????

Pope Francis is all about virtue signalling instead of guarding the deposit of the Faith. I initially had high hopes for him but my hopes were dashed when he arrogantly refused to respond to the dubia

Maybe Pope Francis should give Nancy Pelosi a call warning that she will be excommunicated if she follows through with her stated goal of repealing the Hyde Amendment which bans federal funds for abortion. Of course their are corrupt Catholic priests who will continue to vote for her and likeminded politicians

Seems PF's synodialism has backfired on him like Wiley Coyote BEEP BEEP
running around constantly putting out brush fires is exhausting, especially if they can be prevented, PF has finally learned he was made POPE, not parliamentarian

Anon,
Oh to be a fly on the wall during THAT exchange, wonder who would lecture who?

I simply see it as another political, rather than religious move.

This Bergoglio et Cie moved in as steamroller, thinking the world was much as where they came from, many docile flocks who would take whatever changes were rammed down their throats, money would continue flowing in, plus drawing in new wallets and purses to replace quitters (and then some) with their New/Kinder/Gentler church and not be drawing ire of ever more liberal atheistic governments and mobs.

The money flow has vastly shrank in reaction, and the wallet/purse numbers continue to plummet as a stone, and now most every church everywhere is facing low wallet/purse numbers, those wallets/purses thrown down in panic in front of the Coronavirus Choo Choo and left alone on the tracks, and many or even most, not likely to be reclaimed. This especially true in the New And Improved With Sparkles church strongholds.

So, Bergoglio et Cie are now seeking to lure back the areas and faithful and their donations who are more faithful, in all aspects, by demonstrating Bergoglio et Cie really is a defender of the Faith, and turning down the volume on The Progressive Machine a notch or two, and sticking mainly to pronouncements on what they know best, socio-economic topics and world paradise, while throwing out occasional wrist slaps to those who have yet to turn down the volume, hoping this also drowns out memory of the pograms instituted against conservative traditional voices at every level of Church governance since this new management team moved in.

It seems to me that John Paul ll used his papacy to make the Church as visible as anything mainstream media and society was promoting. That was his reason for the mega-mass and the large youth conferences. He knew the importance of dramatic events. Pope Benedict focuses on the liturgical and used his academics to reform the liturgy. Pope Francis from the beginning has emphasized a pastoral aspect, as a Pope he tried to be a parish priest. I think the three Pope’s each knew the single message they wanted to convey and I think all three were successful in that regard. Personal opinion of course.

Yes, Pope Francis has emphasized pastoral care of persons to include the impoverished but also those with same sex attraction and lifestyle and others of the LGBTQ+++ afflictions. I think this leads to the polarization of the “orthodox “ seeing this kind of outreach as approval of sinful lifestyles or the enabling of disordered affections. Pastoral care is an art but it isn’t a doctrine or dogma unless anything less than love is promoted in the care of souls.

"seeing this kind of outreach ..." I don't know if it is outreach, or if it is imply interacting with the people who approach him. The Pope cant control who approaches him, and he cant control what questions people ask him. He also has no control over their objectives, and he often misinterprets them. He is in the same position as a lot of parish priests, except he is a greater target for manipulation with much greater press coverage. In a lot of respects I think Pope Francis highlighted a lot of the varied people and issues you parish priests deal with routinely.

Fr Henry Garnet SJ went to the gallows in 1606 rather than break the seal of the confessional.