WHEN SHOULD CATHOLICS DECORATE FOR CHRISTMAS AND THEN REMOVE THE DECORATIONS? 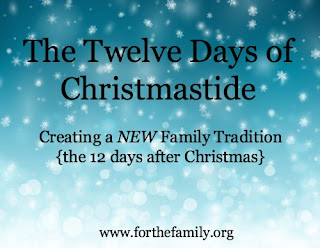 Apart from liturgical norms, what does the home church do in the Catholic tradition for Advent/Christmastide. When to decorate and take down are more custom than law. In fact there are no canon laws concerning your home decorations at Christmas.

The Church uses the Lutheran Advent wreath and lights it the four weeks of Advent. I make no fuss over it and have failed for the last several years to even bless it at the Vigil of the First Sunday of Advent. Mea culpa. However, it is not a liturgical event that needs a lot of fuss as some liturgy committees demand with elaborate lightings of the candles, organizing families to do so and the rest. Heck we are having problems now getting people to bring forward the offerings---any other parishes having this problem? Even I get no's when I am forced to ask!

No flowers are used during Advent except on Gaudete Sunday. This year I asked our decorators to use pink poinsettias. In the past our arrangements with pink flowers of some kind looked too springtime-like to me and not Advent/Christmassey.

We have three Christmas programs in our church during Advent. Two are ecumenical/secular. Mercer University has Christmas Lessons and Carols two nights here to a jammed church. It is an Anglican custom but our church has no decorations whatsoever for Christmas which is the opposite of what most non-liturgical Protestant Churches do. Sometimes I feel we should put out some token red poinsettias for this event. The same for The Macon Choral Society which sings Handel's Messiah here, two nights each year to a packed church, again our church, although very ornate, doesn't have any Christmas decorations.

But not so for our Catholic High School which has its annual Lessons and Carols here, this year this past Thursday. The school brings plenty of poinsettias for the one night packed church event, but these are removed immediately afterwards. I have no problem with that.

We put up an elaborate manger scene, so construction of that begins the first week of Advent and is placed in our Blessed Mother's Chapel to the Epistle side of the altar, but the Baby Jesus, Mary and Joseph don't go in until Christmas Eve.

We do place our Christmas Wreathes on the doors of the Church normally the Third Sunday of Advent.

At home, though, I think it is perfectly legitmate to decorate in the secular season we are in. Many neighbors put seasonal wreathes on their doors indicating spring/Easter; Fall/Harvest/Thanksgiving (even scarecrows are placed in yards sold by many stores). Then winter/Christmas Wreathes. The secular Christmas "Holiday" decorations could go up after Thanksgiving, although I deplore even secular Christmas decorations prior to Thanksgiving. Thanksgiving is its own secular season tied into the fall harvest with the fall colors! Advent/Christmas have their own colors even in the secular realm!

In the rectory we placed all the Christmas decoration and tree up last Monday although my father wouldn't allow the tree until after the Third Sunday of Advent or nine days before Christmas. He would put up other decorations earlier.

In my home we didn't take down the decorations until around Epiphany although later in life my parents took them down New Year's Day.

In the Church, we normally take down most of the decorations including the Creche after Epiphany and before Baptism of the Lord as the latter is a bridge to the Church's unfortunately name season of Ordinary Time (technically it is the First Sunday in Ordinary Time).

I believe the Vatican leaves the Creche in place, at least outside, until February 2nd the traditional close of the Christmas/Epiphany Season in the older calendar which the Anglican Ordinariate has resurrected and a forerunner to the rest of the Latin Rite recovering the good things in the calendar tossed out senselessly by Pope Paul's Consilium after Vatican II but never asked by any document of Vatican II to do so!!!!

Anyone leave any decorations up until February 2nd?

I pray no one had a Christmas Tree for Thanksgiving and that absolutely no one takes their Christmas Tree down on Christmas Day! In the south at least, you will see real trees outside for the trash man the day after Christmas! So sad!

Christmastide is a season!
Posted by Fr. Allan J. McDonald at Saturday, December 12, 2015

We are putting our real Christmas tree up on December 22, and it will probably come down on the Baptism of the Lord. In the past we've put it up as late as Christmas Eve, but that was out of necessity, and made the vigil very hectic.

I didn't realize that the advent wreath was Lutheran. We do have one at home, with Catholic nightly devotions.

Well, in light of the Pope's warnings, I was terribly conflicted as to whether to buy an artificial tree or a live one. The artificial tree will use more electricity and cause global warming and was manufactured using evil technology, while the live tree would have to be cut down, thus also causing global warming and contributing to the destruction of forests. The artificial tree is easier to hug because you don't get all the sap on your clothes but, of course, the live tree requires water which wastes water that could be bottled up and sent to Bangladesh or some other God forsaken place we are supposed to feel guilty about. The artificial tree holds more ornaments, especially the Lennox, Radko, and Hallmark ones...you know, those evil expensive ones that could be sold and the money sent to poor African and South American countries to be used to buy weapons for radical Leftist groups. Then, I worried about whether to put a train under the tree...that evil symbol of the Industrial Age which belched smoke into the sacred atmosphere, or a Dickens Village...the equally evil symbol of the Victorian Era when they still had slavery some places and America was being stolen from those peaceful, innocent, environmental warriors, the Indians. Decisions, decisions. I finally just decided on a big hand with the middle finger extended up...

Eugene, in this holy season, I return to you the symbol that you just offered.

Well, Gob, for you, I'll tie a pretty ribbon around my finger.

In my family, we put our Christmas decorations up as soon as practicable before Christmas. This year, looks like the Saturday before Christmas we will be decorating. We leave them up until Sritenije ("Meeting," otherwise known as "Candlemas"), celebrated February 2.