IF YOU WANT TO KNOW WHY CATHOLICS IN AMERICA AND AUSTRALIA CAN'T SING, BLAME THE IRISH

You can listen to a podcast from ABC in Australia on Why Catholics Can't Sing by pressing here. It is about a half hour show but very informative.

And of course you'll love Kumbaya sung by Benedictine Nuns in Eerie, PA on the Ed Sullivan Show wearing the traditional complete habit of the Benedictines. Sister Joan Chittiser, post Catholic, was probably a pre-Catholic somewhere in this hooded crowed. I actually saw this the night they were on. We sang Kumbaya incessantly in my home parish in Augusta, did I say incessantly?

And here they are today still singing Kumbaya! 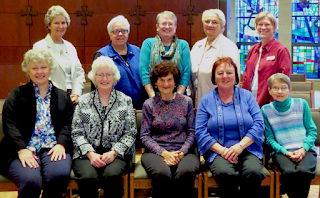 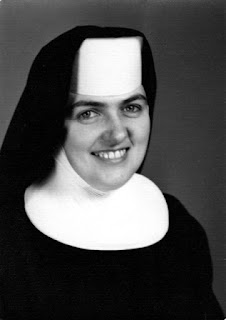 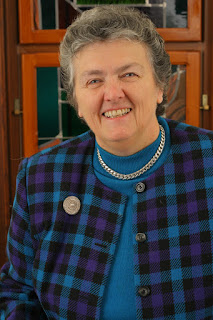 The sister said, "Someone's cryin, Lord" and, yes, couldn't we weep for what has happened over the last 50-odd years in the Church ... I used to like the guitar but now, having been ear-bashed with them at Mass for so long, I dislike them and would gladly round up all guitars and put them on a bonfire ...

I see that she is now a non-nun.

An interesting programme from the Aussie radio but it's not true that you can't find a sung Mass in Dublin; there's a sung Latin Mass (Novus Ordo) at St Mary's Pro-Cathedral every Sunday and its Palestrina Choir of men and boys is world-renowned. It was founded in 1903 and an early member was the celebrated John McCormack. St Kevin's in Harrington Street has sung Masses in the Old Rite.

It's true that there was no sung Mass tradition in rural Ireland, but the same cannot be said for the larger towns and cities, not to mention the monasteries. In England most Catholic parishes (made up largely of Irish immigrants, don't forget) could manage a Missa Cantata on Sundays. I have childhood memories of the congregation joining in the Ordinary, supported by the organ. My favourite piece was Samuel Webbe's 'Vidi Aquam' which I can still remember 55 years on. The plainchant version which I sing now was deemed too tricky for congregations to sing. It still is.

The headlong rush to vernacularize everything from 1964 onwards threw out all the familiar music (and with it the sung Mass) and there was not much to replace it with apart from hymns and negro spirituals. As a teenager I was downright embarrassed when expected to sing and clap along to 'Michael row the boat ashore' and declined to do so. The exaggerated interpretation of FCAP implied it was admirable to listen to the spoken word, but reprehensible to listen to music, although that is how the vast majority of people relate to it.

Furthermore, if everybody (however untalented) is expect to sing everything, you have to make it easy. So set 'Lord have mercy' to a rum-ti-tum advertising jingle, and then repeat the trite little tune for the 'Holy, Holy, Holy', Memorial Acclamation and 'Lamb of God', adjusting the words to fit and repeating everything for good measure. You then call it 'the American Mass' or some such, get someone to publish it, and wait for the royalties to roll in.

After all, didn't the composer of 'Beanz Meanz Heinz' make more money than did Igor Stravinsky in his entire musical career?

Also, there is a sung Extraordinary From Latin Mass ever Sunday at 10.30am at St Kevin's Church on Harrington Street, a personal extraordinary form parish erected by Archbishop Martin of Dublin (who himself celebrated the Extraordinary from recently in Dublin). Interestingly, the laity adopt the postures for a low Mass, which suggests the older ones were not familiar with a sung Mass back in the day. In fact, the parish is noticeable for the young average age and cosmopolitan background of the parishioners. So, perhaps we have the OF to thank for a (re)discovery of the EF high Mass in Dublin.