THE EF/OF/PERSONAL ORDINARIATE/AND THE VARIOUS OTHER RITES OF THE LATIN RITE: MOZARABIC, AMBROSIAN, BRAGAN, DOMIINCAN, CARMELITE AND CARTHUSIAN AND THEN THE EASTERN RITES: BYZANTINE, ALEXANDRIAN, SYRIAC, ARMENIAN, MARONITE AND CHALDEAN 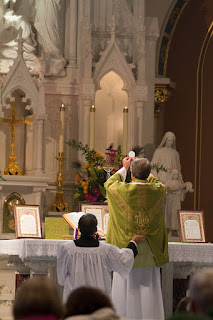 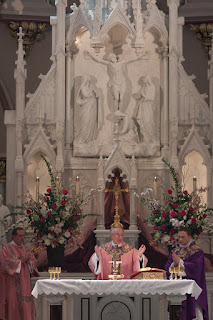 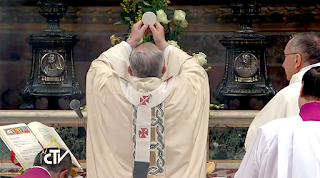 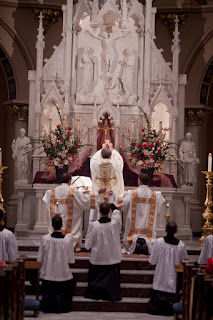 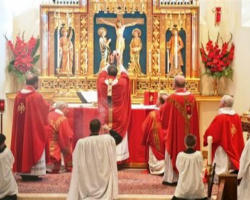 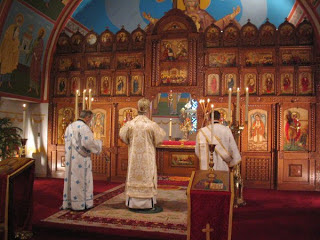 There are so many expressions of the Divine Worship of the Catholic Church both in the East and the West under the authority of the Successor of Saint Peter, the Holy Roman Pontiff, that it is an inane proposition to promote one rite of the Mass over the other or to denigrate one rite over another or to call one Traditional and the other not or less so!

Every Catholic Mass in whatever Rite, when celebrated by a validly ordained Catholic priest who offers the Mass with the mind of the Church and follows scrupulously the liturgical directives of the various missals, contains the Tradition of the Church, which means doctrine and dogma: The Word of God is proclaimed and the one Sacrifice of Christ on the cross is renewed in an unbloody way and the Eucharistic banquet seals the Sacrament when the priest completes the sacrifice by consuming the Holocaust, the Body and Blood of our Savior.

The Catechism lists seven rites: Latin, Byzantine, Alexandrian, Syriac, Armenian, Maronite, and Chaldean, are actually families of liturgical expression. These rites are the descendants of the liturgical practices that originated in centers of Rome, Antioch, and Alexandria.

As the Patriarch of the West (meaning west of Jerusalem) the Pope is vicar of these other liturgical rites that date from before the Council of Trent. These rites include the Mozarabic rite from Spain, the Ambrosian rite from Milan, Italy, named after St. Ambrose (340-397), the Bragan rite from Portugal, and the order liturgies of the Dominican, Carmelite, and Carthusian orders.

Those who are myopic about the Rites of the Catholic Church, and elitist as well, believe that the little "t" traditions of the Mass discarded by a non-dogmatic reordering of the Traditional Mass should be denigrated in order to make the non dogmatic reordering of the Traditional Mass acceptable to the majority of Catholics on whom the revised Mass was foisted in the most authoritarian pre-Vatican II sort of way. Fortunately Pope Benedict reversed this pre-Vatican II authoritarianism as it concerns the traditional order of the Mass and its language and released it from the dungeon to which it was sent by the initial reformers of the new order of the Mass. This was quite a liberation!

But let's get myopic for a bit and set aside the other rites in the Latin Rite and Eastern rites.

Today there are now three expressions of the one Latin Rite (apart from the traditional diversity of Latin rites). There is the Extraordinary Form also called the Ancient Use or the Traditional Mass. There is the Ordinary Form of the Mass revised by Pope Paul VI and authorized by His Holiness. It is also called the New Order (not Traditional Order) because it is new, novel.  And now we have the Personal Ordinariate Mass, Divine Worship, which incorporates in a marvelous way the Traditional Order of the Mass as experienced in the EF Mass, with elements of the New Order of the Mass and the patrimony of the Anglican/Episcopal Liturgy as it developed in an organic way (Catholic way) after King Henry VIII.

In the EF Mass there are three forms, Low, Sung and Solemn Sung. The Low Mass strips the little "t" traditions of the Solemn Sung Mass by eliminating the deacon and subdeacon as well as much of the choreography surrounding these ministries. The Low Mass also strips the Mass of sung chants, perhaps the oldest tradition of the Mass.

But new traditions evolve but not without pain as a woman in childbirth. The use of lay readers, extraordinary ministers of Holy Communion and the inclusion of females in serving the altar, reading and assisting in the distribution of Holy Communion.

Some traditions are banal and others are illicit and properly should be condemned such as individual priests taking liberty with the vernacular translations of the Mass and inserting their own haughty additions or eliminations. This is not traditional or Traditional in any way to abuse the Order of the Mass or its various languages in the New Order of the Mass.

But with that said, we must respect all official liturgies of the Church of whatever rite and degree of solemnity and the official books of the various liturgies. That is the Traditional attitude. Any other attitude is novel and should be declared anathema.
Posted by Fr. Allan J. McDonald at Sunday, December 27, 2015