KOSHER OR NOT? LICIT OR ILLICIT? I ASK YOU ANSWER 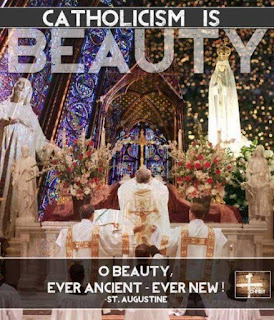 To make the Ordinary Form Missal and Mass more traditional looking, are the following additions, additions to the Mass and thus forbidden by the Church? (I realize liberals change the Mass all the time especially the words of formal prayers, but that truly is illicit, but what I am suggesting, is it the same thing but just traditional illicitness?)

As the choir and congregation sing the Entrance Chant (even if not the actual Introit) the priest quietly with the ministers stops at the foot of the altar to pray the traditional Prayers at the Foot of the Altar) and then the priest ascends to the altar to incense it.

The Mass continues as usual.

After the Final Blessing and Dismissal, the priest reads the Last Gospel and the recessional begins.

I think the above is kosher because the prelude and postlude are add-ons and not a part of the Mass, similar to choral preludes and postludes.

However, what if I after incensing the altar began ad orientem with the Sign of the Cross, introductory remarks that then went immediately into the Kyrie and Gloria and I placed "The Lord be with you" after the Gloria and before the Collect and all in the manner and posture of a Solemn High EF Mass?

And what if I kissed the altar each time I turned from it towards the congregation and added more "the Lord be you's" as in the EF?

And what if I had the double genuflections and rubrics of the EF Roman Canon although read in loud voice in English?

And what if I asked the congregation to say with me the "Lord I am not worthy" three times instead of once?

How kosher would all that be or would it be illicit?
Posted by Fr. Allan J. McDonald at Wednesday, December 09, 2015

I think these proposals are unauthorized changes. For example, the rubrics clearly direct the priest to make the Sign of the Cross "facing the people", so ad orientem is not a legitimate option at this point of the Mass. Again, number 132 clearly says that the priest "together with the people adds once: 'Domine, non sum dignus'". Whether or not features such as these should be reintroduced into the OF Mass should surely be a decision left to the Holy See.

Our Modernist friends do not worry about such things. They just do whatever they like.

I would tend to agree with you concerning the second set of changes I propose, not kosher. However adding the Prayers at the Foot of the Altar as private, devotional preparatory prayers as the choir and congregation sing the Entrance Chant as well as a postlude "Last Gospel" would seem to me to be entirely kosher and licit.

FR, The way you do the OF is about as good as it is going to get for most people unless there are more Priests out there like you than I imagine. You have done as good a job of putting a tux on a goat as can be done, and I am grateful for that. Minor tweaks like you enjoy studying are fine as far as it goes, but make little difference to most worshippers. I think, deep down where you will NEVER admit it, you would like a return to the EF. Your desire for proper worship and your efforts to create that atmosphere indicate that to me, anyway.

Father you keep grasping for this that and the other thing. Following what the document on the Liturgy of the Second Vatican Council decreed is the only answer. The solution will not be found in the missal of Paul VI. The council called for minimal reforms. It did not call for most of what is taking place in Catholic parishes around the world which has caused the collapse of the Faith. The traditional Mass must be returned to a normative place in the Church. Prayed in Latin except for the parts that the 1965 missal were mandated to be proclaimed in the vernacular. Stopping communion in the hand and Eucharistic ministers would do much to correct the errors of the present. The 3 hour fast before reception of communion needs to be restored. And all the silly, dangerous things that were forced on the laity needed to be reversed. There was no need to abolish the maniple or the amice. There was no need to destroy communion rails, statues, high altars, stained glass windows etc. There was no need to abandon the Church most beautiful creation, Gregorian Chant. What replaced this beauty? Emptiness and banality. Teaching the Catholic Faith especially the moral doctrines of the Church would reverse the decline. But we have a pope that refuses to do this. The majority of bishops and priests refuse to do this. So the slide into irrelevancy will continue. The Church will continue to become a joke. We just had a secular light show projected onto the tomb of the Prince of the Apostles. How much much ridiculous is the Church going to become?

Amices were not suppressed. The Missal itself, meaning the collects, prefaces etc are not the problem. However, some of the things you mention are the problem born of a "theology" about the Mass which is far from doctrinal or dogmatic, for example ripping out altar railings, making the church in the round or at least having the people around the altar, getting rid of high altars or imposing table like altars in front of these. Yes, it was silly to suppress kneeling for Holy Communion in the Latin Rite and the proliferation of Extraordinary Ministers of Holy Communion.

The current missal with what the Anglican Ordinariate has and also its revised calendar would be a huge step. But I can tell you no one is going to allow the Ordinary Form Missal completely thrown out even for a vernacularized EF Missal such as the 1965 transitional one.

Once was once sacred is still sacred. Left-wing loon priests do whatever they d-mn well please, with impunity, so what goes around,comes around

The minimal amount of work involved for the Vatican, to obtain what you want, would be for all priests in English speaking dioceses around the world to simply be allowed to use the new Ordinariate Missal.

Using the Anglican Ordinariate Missal would be confusing for English speaking Catholics. I was part of an Episcopal funeral service last week and they used their traditional version of it with the thees and thous. Even in a church with mostly Episcopalians, when I read the Gospel, I say, The Lord be with you. Their response was to be "And with thy spirit." Of course most of them said "And also with you" as it is in the modern Episcopal liturgy to this day. But the Catholics there said, and with YOUR spirit. Then some said, with they spirit. What a mess!

Just allow us to use the PATFOTA, the EF rite of Sprinkling as a prelude, the option of the traditional offertory prayers.

The prefaces in the new missal are completely foreign to me and very, very short for Sundays of which there are three options.

The OF rubrics as set out in the GIRM are imprecise. They say what should happen, but not how it should happen. If you depart from the GIRM to make up your own 'creative' liturgy, that's one thing. To interpret the GIRM according to the tradition of the Roman Rite, even if it means 'filling it out' with restored rubrics, is quite another thing. There is no equivalence.