IS POPE FRANCIS CHANGING THE MEDIA'S ANTI-CATHOLIC BIAS TOWARDS THE PAPACY AND THE CHURCH? I THINK SO AND THIS IS GOOD NEWS 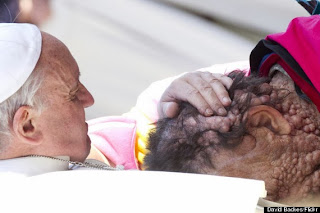 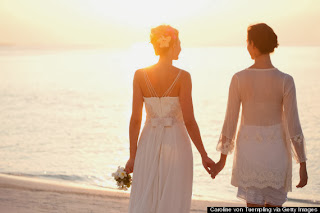 Andy McDonald of the Huffington Post, and no relation to me I don't think, although I do have a first cousin Andrew MacDonald in New Jersey, but I digress, has written a piece entitled "9 Reasons Why You want the Pope to be Your Best Buddy." You can read it by pressing these sentences.

It is good and I think the "Francis" effect upon the media is palpable even as they realize that he isn't going to change Church teaching on any moral issues, he is calling people to love sinners and lead them to conversion through the Sacrament of Mercy, Penance or Confession and frequently!

The most hot-button issues for the media are the pelvic issues. Here Pope Francis has neutralized the press for the most part in terms of their obsessions and the Church.

And Rocco Palma of Whispers in the Loggia Blog has an interesting piece on today's latest bishop appointment by Pope Francis,  Fr John Doerfler, 49 – vicar-general of Green Bay and a former administrator of its Cathedral – as bishop of Marquette, the 50,000-member church encompassing Michigan's Upper Peninsula, as it concerns the type of men Pope Francis would like to see as bishops especially engaging those on the periphery and bringing them lovingly into the Church, especially the gay community through organizations like Courage that call them to chastity:

Back to the policy side, however, given the enduring public impression that Francis has effected some sort of "change" to church teaching on homosexuality – most recently seen yesterday in the Pope's selection as "Person of the Year" by the flagship LGBT magazine The Advocate – it's worth noting that Doerfler's bio lists the bishop-elect's involvement with Courage, the church-sanctioned support group for Catholics who seek to live chastely with same-sex attraction. Likewise a much-favored apostolate of Cardinal Raymond Burke, Courage was recently at the center of a bitter public scrum in New York as a Catholic high school postponed a scheduled talk by one of the group's chaplains after a high-profile outcry. (Beyond Courage, Doerfler has likewise served as a chaplain to Legatus, the international fellowship for Catholic executives seeking to live the faith in the workplace. Given the ministry's founding by Tom Monaghan – the visionary CEO of Domino's Pizza/Ave Maria fame – it's not exactly Call to Action.)
Posted by Fr. Allan J. McDonald at Tuesday, December 17, 2013

No, the media is not changing it's view towards the Church. They hate everything Holy Mother Church teaches and stands for. In their minds they painted the picture that Pope Francis is a liberal all because he doesn't wear red shoes and paid a hotel bill. Even though at last count Pope Francis has said no to women priests three times. That 3 times in 8 months that is more than Pope Benedict said in 8 years. But because liberals believe in ideology rather than truth, they will ignore the fact that the pope is indeed an orthodox man just like his predecessors. The media believes the stories they write. Just look at the Time magazine poll that had the headline that the Pope rejects the dogmas of the Church. Thats not only a lie, it's stupid, but they believe it. The media today has makes Pravda look like child's play. But make no mistake the media hates the Church, they are an enemy of Christ Himself. They are the ones promoting all kinds of evil and making it appear as good, which is from the devil.

You wrote: “But because liberals believe in ideology rather than truth, they will ignore the fact that the pope is indeed an orthodox man just like his predecessors.”

This is certainly an interesting perspective. Unfortunately, it is not true, even though you may want it to be. Here are just two examples that I have given before. I have not researched the matter since then but I suspect these examples are not aberrations or exceptions that prove the rule:

These “inconvenient facts” are taken from my comment on the September 20 thread “Are You a Catholic in the Middle?” FWIIW I repeat much of it again in what follows (with slight modification):

“Now, I don’t have a whole lot of hope that the Church itself is going to come around and change tenets or official positions that I deeply oppose—its rejection of things like gay marriage, women in the priesthood, a woman’s autonomy over her own body. I just don’t see that happening any time soon. But given the constraints of what being pope is, you can operate in one of two ways: you can be a jerk about it, or you can be awesome. And this guy is choosing to be awesome. And not only is that great for the Church, it’s great for the world to have a pope talking about what this pope is talking about: grace, humility, peace and compassion for others. Because that is the Church at its best, and the one that some part of me still loves.”

Earlier in the piece Hayes explains:

“Now, I have a confession to make: like millions of other people in this country and around the world, I was raised Catholic, but stopped going to Mass—my freshman year at Brown, to be exact. And while I still have affection for the church of my childhood—the smell of incense, the saying of the Our Father, and all of the rituals—I haven’t felt very warmly about the institutional Catholic Church, to say the least, in the years since. But somehow, this guy, Pope Francis, is turning me around.”

So, all this tells me that the Holy Spirit is indeed at work here. Without compromising the fundamental teachings of the Church (check out Singleton in the second link, for example), perhaps Pope Francis is reaching people like Hayes, even if he is not reaching those like Singleton (at least not yet). Who knows, perhaps Hayes and other former Catholics like him will come back to the Church, while others will be drawn to the Church for the first time. And let’s not forget that Jesus dined with publicans and sinners and was condemned by the “religious” people of His day for it. Now, why did He do that? Wasn’t it so that He could tell them about God’s great love and mercy and the gift of salvation in a way in which they could actually “hear it”?

You can get anyone idiot to come into an organization with discounted prices (dogma and doctrine), once they find out the full price they'll not only leave, they'll leave pissed off and work against you from the outside.

Pope I'm So Hip is doing nothing for the Church long term. He's a disaster.

I will respond to your long response regarding my opinions expressed on this blog. The headline for the Time magazine voting for "person of the year" labeled the pope as rejecting church dogma. They cited this as one of the reasons that he is so loved. The pope has never, can never reject doctrine or dogma, if he wants to stay pope. Liberals live in a fantasy world. Take the war on women. I don't recall one liberal media person mentioning, let alone condemning Martin Bashir's disgusting attack on a woman, a mother, a human being, a child of God named Sara Palin.

Thank you and Merry Christmas from Anonymous #1.

Anonymous (or is it Anonymous 1?),

I need your help finding what you are referencing in Time. I do not have access to the newsstand version but have looked throughout what is accessible online, and I do not see the headline in question. Here is the Time article explaining why they chose Pope Francis as person of the year. This piece, and the other articles in the issue, seem extremely fair and balanced to me (to quote a phrase =)):

What am I missing?

Merry Christmas to you too!

Anonymous (in case you or anyone else is still looking here):

I have now tracked down the answer. The reason I could not find out what you were talking about by reading the Time online version (and the Time newsstand version I purchased this evening) is that Time corrected itself regarding the perception that Pope Francis rejected church dogma. Here is an explanation on Politico.com by a professor at Notre Dame that I have just found:

And here is an extract:

Interestingly, on Nov. 20, when Time initially named Francis as a contender for the award, the website noted that he was nominated for his “rejection of church dogma.” It was a strange claim, given that Pope Francis has yet to jettison a single church teaching. It was only after some pushback from the theological twitterverse that Time changed the description to read “rejection of luxury.” The revised post now notes, “An earlier version of this post suggested that Pope Francis rejected some church dogma. He does not.”