CAN WE OBSESS ON THE LITURGY AND TURN IT INTO AN IDOL OF FALSE WORSHIP? 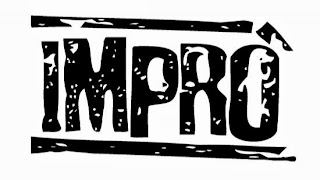 In pre-Vatican II times, apart from a small scholarly group of liturgical theologians, there was no critique or disparaging of the worship of the Church. It was what it was. The only acknowledgement of a problem with the liturgy had to do with the "immorality" or lack of faith of the priest who celebrated it. In those situations the Church relied on what is called "ex opere operato" meaning that if the priest celebrated the Mass as the books designated and did what was needed in the ceremony for the Mass to be valid, then that Mass was valid. And even if there was some action or lack of action on the the part of the priest that made the Mass technically invalid, there was the "insurance policy" of the Church call, "the Church supplies" what is lacking so that the laity are protected (such as when it is discovered a priest was not validly ordained because of some technicality discovered only later, the Church provides valid sacraments for those people (and the priest) who celebrated these Masses and other sacraments.

Of course in the pre-Vatican II times there were parishes that were rich and had splendid rich vestments and other very nice and arty "thing" for the liturgy. There were poor parishes too and while the "things" they had were hand-me downs or cheap, these were usually tasteful and nothing was omitted from the liturgy due to lack of adequate funding for the basics needed.

But since Vatican II this all changed and complaints about the liturgy, either the one prior to Vatican II or the current revised Mass rose to loud decibels. While it isn't as bad as it was in the 1970's in terms of complaints, complaints still exist.

What are these complaints?

These two complaints are mild compared to what people read on blogs and comments on blogs. It is as though the liturgy is the source of adoration, not of God but of the liturgy and who does what and how it is done.

When, however, we see the liturgy as given to us and the old true cliche, "Say the Black and Do the red" is accomplished, no one should complain about the liturgy in either form. The clergy and laity celebrate the Mass as prescribed following the rubrics and General Instruction of the Mass but do so with style, energy and grace.

It is when improvisation takes place that people start complaining because priestly improvisation of the Mass and adding to it with a multiplicity of other words interjected during "breaks" in the Mass imposes an unprecedented clericalism on the Mass that is far beyond any codified "clericalism" of the pre-Vatican II Mass. It makes the Mass the "play thing" of the priest or the congregation's psychological needs, not their spiritual needs.

My personal opinion is that bishops make errors in judgement when they crack down on what is allowed in the General Instruction of the Roman Missal, such as "ad orientem," "intinction" and "kneeling for Holy Communion" and fail to address the core issues of the actual true and divisive aberrations of how the Mass is celebrated neglecting entirely the rubrics and General Instruction of the Roman Missal.
Posted by Fr. Allan J. McDonald at Friday, December 13, 2013

St. Paul says that it is a sin to tempt a brother to fall. Rogue Priests, lazy Priests, and worldly Bishops do it every day. I do so hope that they are held to account by Our Lord and Saviour...

The whole thing is a terrible mess. Of course a Catholic would be wrong to place the Liturgy of pre=Vatican II in a position of worship. However, it appears to this observer that it was almost universally, almost, considered wrong on some level and needed to be almost totally replaced. How did EVERYONE come to the conclusion that is was unalloyed? Why did it get taught by the Diocesan religious educators that the NO was better? If it reached more people, why were the numbers decreasing? Why were Catholics not just ignoring but publicly teaching contrary to the Church and claiming to find their rebuttal in teachings that flowed from Vatican II and that Liturgy? No one 'eased into it', it was a stampede. So who is worshiping what?

"My personal opinion is that bishops make errors in judgement when they crack down on what is allowed in the General Instruction of the Roman Missal, such as 'ad orientem', 'intinction' and 'kneeling for Holy Communion' and fail to address the core issues of the actual true and divisive aberrations of how the Mass is celebrated..."
Amen, brother!

Actually, the bishops do not have the authority to forbid what is in the GIRM. They may say that the 'norm' is to receive Communion standing, but cannot insist on it, although they can (as in the Archdiocese of Westminster) order that if altar rails have been removed they may not be reinstated. They cannot prevent a priest from celebrating Mass in Latin unless that Mass is specifically scheduled to be in the vernacular. They may not ban intinction, although, as in the case with the English bishops, they may disapprove of it. Actually, a spokesman for the CBCEW cheerfully admitted that the reason they did so was that it might make EMHC superfluous and so deprive women of a role to which they (erroneously) feel entitled. Since 2007 they cannot deny a priest the right to use the 1962 Missal.

If the liturgy is indeed the "source and summit" of our Christian life, then we can't overestimate its importance.

Although bishops may not have the right -- in the sense of properly defined authority -- to prevent the legitimate practices you mention, they have plenty of raw power to do so, essentially to make their priests dance to any tune they like. Especially in a typical small diocese, it's a rare priest who can get away with defying his bishop who demands obedience (even subservience).

Just as some--even including Card. Ratzinger, I think I recall -- have suggested that Paul VI did not actually have the authority to impose a "new order" of Mass. But in exceptional post Vat II circumstances he plainly had the power to do so.

Can we obsess on the poor and turn them into idols of false worship?

Sacrosanctum Concilium #22: (1) Regulation of the sacred liturgy depends solely on the authority of the Church, that is, on the Apostolic See, and, as laws may determine, on the bishop. (2) In virtue of power conceded by law, the regulation of the liturgy within certain defined limits belongs also to various kinds of bishops' conferences, legitimately established, with competence in given territories.
(3) Therefore no other person, not even a priest, may add, remove, or change anything in the liturgy on his own authority.

Canon 928 The eucharistic celebration is to be carried out either in the Latin language or in another language, provided the liturgical texts have been lawfully approved.

Instruction on the Orderly Carrying out of the Constitution on the Liturgy (Liturgicae Instaurationes):
The effectiveness of liturgy does not lie in experimenting with rites and altering them over and over, nor in a continuous reductionism, but solely in entering more deeply into the word of God and the mystery being celebrated. It is the presence of these two that authenticates the Church's rites, not what some priest decides, indulging his own preferences."

"Keep in mind, then, that the private recasting of ritual introduced by an individual priest insults the dignity of the believer and lays the way open to individual and idiosyncratic forms in celebrations that are in fact the property of the whole Church."

Inaestimabile Donum: "The use of unauthorized texts means a loss of the necessary connection between the lex orandi and the lex credendi".

Rebel, The poor have long been an object of worship in this country.