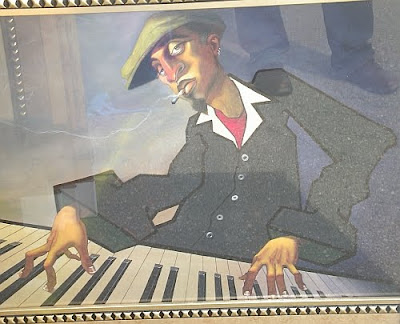 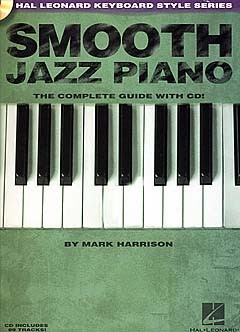 I wasn't able to watch the Mass with Pope Benedict this morning in Benin, West Africa until the very end. After the blessing and dismissal the recessional song began with a soloist and a pianist leading the music and singing. It sounded to me like a French Folk Song, if there is such a thing and the pianist improvised on the music as the pianist progressed in an "American jazz" sort of way! I'm not kidding! Guess who else was singing? NO ONE! It was a solo performance by a soloist on a microphone in French for the recessional at an African Mass.

I would have thought that the Africans if given the opportunity to sing something of their culture at that time would have been heard on our side of the Atlantic! But no, the French colonial influence on them (from the 1960's evidently)took away what could have been a rather exuberant experience. I didn't see any other aspect of the Mass, so it might have been more African than French 1960's Colonial than what the recessional was.

But it just confirms what I already know from my Georgian experience of being a priest for over 31 years. When contemporary music is sung or led, the only ones actually singing are the soloists and their cohort and everyone else is just idly listening. No one participates except interiorly; but most of this stuff is not for contemplation!

What is your experience with contemporary music or folk music and folk groups that lead it during Mass--is it music that people embrace and sing well or simply tune in?

I know in our traditional hymn and music parts of the Mass, people seem more engaged and sing what is sung. Am I wrong?
Posted by Fr. Allan J. McDonald at Sunday, November 20, 2011

It seems to depend on the song. Some contemporary music has been embraced enthusiastically and is sung lustily. Some is best forgotten.

Father, you said -"But it just confirms what I already know from my Georgian experience of being a priest for over 31 years. When contemporary music is sung or led, the only ones actually singing are the soloists and their cohort and everyone else is just idly listening. No one participates except interiorly; but most of this stuff is not for contemplation"

Amen! Most people view it as some sort of religious entertainment, and zone out onto other things -- for example, the recessional - most people are putting on their coats, thinking about getting to their car, where they are going after mass, the football game, etc. As for participation, contemporary lyrics are inane and not at all inspirational -- I remember one song that sang about rivers of water (from the spirit) flowing -- people began to race to the parish bathrooms, and the priest figured it out, and that song went bye, bye!

I believe the late pianist Vince Guaraldi composed and recorded a "jazz mass" at Grace Cathedral, San Francisco--but that's an Episcopal church, so I guess it doesn't count. I could see Joe Sample or Herbie Hancock pulling it off. But Thelonius Monk? No way.

You are right, that this is the kind of thing that only the soloists would be able to participate in at least on the exterior level. I don't think interior participation is necessarily inferior, but as McAuley said, this stuff just becomes entertainment.

Jazz is considered American, but with one of the strongest influences from African roots. He was using a tempered instrument (piano). At least they didn't have Liturgical Apache Dancers, that would have been a mess.

Some of the most used folk tunes are borrowed from Celtic folk/traditional. The congregation seems to get into these and knows the tune so they can open the hymnal and see what words Marty has put to it. There are few Hawaiian and Spanish language tunes that have, through iteration, been somewhat mastered by the parish.

Something that I don't care for, but helps with new tunes is the music director or cantor will stand up before mass and introduce the new song with a little practice. It is very distracting when we are trying to pray and get our minds ready for mass, but if it could be done without the loud announcement, "May I have you attention? We will be singing..."

There's no bigger turn off than having a music director interrupt prayer time before Mass to introduce a new song or psalm response. They really seem to think that this stuff is important to us, or at least more important than our time in front of the Blessed Sacrament. They raise and lower their hands on an imaginary staff and talk down to us as if we were in kindergarten. If they only had a clue.

Maybe we can get permission for Liturgical Nerf Pistols to replace EMHC.

The tune was composed by J. P. E. Martini (1780) and is known as Plaisir d'Amour. The original text is a classical French love song, and is taken from a poem by Jean de Florian, which is included in the collection "Celestine."

Among the many "covers" based on this classical tune is "I Can't Help Falling in Love With You." Since this is music for Christ the King, it is appropriate that THE KING, Elvis Presley, performed that cover!

You GO, Church in Africa!!!