WILL WE EMBRACE OUR FAITH OR RUN WITH THE GOVERNMENT? 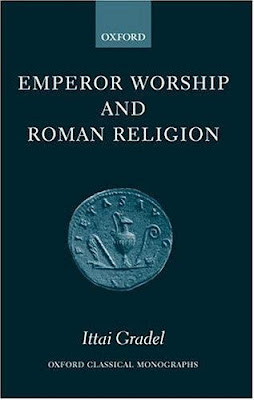 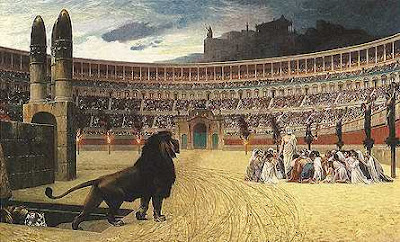 “If we think it’s been hard over these past four decades, I think the biggest challenges we face lie ahead of us,” the apostolic administrator of the Denver archdiocese said Nov. 5.

“America today is becoming what I would call an atheocracy — a society that is actively hostile to religious faith and religious believers. And I might add — the faith that our society is most hostile toward is Christianity in general, and Catholicism in particular.”

The bishop’s comments came in his address to the annual benefit dinner for St. Joseph’s Helpers and the White Rose Women’s Center in Dallas, Texas.

Secularism, Bishop Conley said, is not simple neutrality towards religious beliefs. American elites are not neutral towards religion, but are “deliberately engaged in a process that aims to remove all traces of religious faith from our public life!”

This creates “publicly enforced religious indifferentism” in which Americans participating in civic life must first agree to think and act as if they have no religious convictions or motivations at all.

This “atheocracy” has no ultimate truths or inviolable ethical principles for its guidance.

“Hence, it has no foundation upon which to establish justice, secure true freedom, or to constrain tyrants,” Bishop Conley said, citing John Paul II’s warning that a democracy without values easily turns into “open or thinly disguised totalitarianism.”

“God, not government, is the only sure guarantee of human rights and the blessings of our liberty. We need to live as if we believe that,” the bishop said. “Only a people who believes these truths to be sacred and self-evident can build a society worthy of men and women created by God.”

And read this chilling article:

“None,” he said. “There is no answer from the opposition. There really isn’t. Ultimately, it’s, ‘I want to discriminate.’ And that’s anti-New York. It’s anti-American.”

Ed Mechmann of the Archdiocese of New York’s Family Life Office said it is “chilling” that the state’s top official would declare such a large segment of the population as “political pariahs.” He warned Catholics of an “impending persecution,” saying that Cuomo has effectively “declared us to be enemies of the state and nation.”
Posted by Fr. Allan J. McDonald at Tuesday, November 08, 2011

The damage to our society that this is causing is simply mind boggling.
The trickle down effect is that the common citizen unlearns (or never learns) right from wrong. People, of all ages, generally now don't know what to stand for, so they fall for everything.
And they fall fast and deep into this abyss of confusion.
Black and white are considered bad...that's too judgemental. So everyone is left in a state of gray, confused by twisted around ethics.
Clergy of all faiths make compromises and don't really teach their flocks anymore, the media goes along so as to make their buck, journalism is no longer a noble profession but instead is a puppet of money hungry corporations, doctors are dictated by insurance and pharmaceutical companies and no longer teach their patients about the medical risks of birth control and other Rxs lest they run off the patients and don't get the few bucks the insurance company will give them, parents don't know who to follow so they follow the media, youngsters not only are expected to have sex in high school it is no big deal to have same-sex sex in high school, abortions are just a medical procedure (fast, easy, and highly profitable for the doctor and the clinic owner), STD's are rampant beyond anytime before, AD and BC are being replaced by journalists and book publishers with CE and BCE, families are falling apart, shall I continue?

Things are not this way in all countries. Religion in the public square is still the normal mode of operation in some countries (not necessarily theocracies or dictatorships).
So if it gets too bad, we can just move! There's nothing particulary special about the USA in God's eyes.

What's a good Catholic to do?
I think I'll say a Rosary.

Methinks Bishop Conley overstates his case. There has always been hostility toward religion, between religions, and within religions.

I can't agree that "elites," whatever they are, are attempting to removes all traces of religious faith from public life. I see no evidence of this. And ending state-sponsired prayer in public schools is not, in my estimation, an example of this attempted removal.

I know a few highly ethical atheists, two of whom are decidedly pro-life. Conley's claim that society cannot respect human rights or preserve liberty is hyperbole.

Ignotus is back...
'...trying to remove all traces of religious faith from public life.' "I see no evidence of that." LOL! LOL! LOL! You know, you really are a hoot...thorougly disgusting, but a hoot none the less. LOL!

Anonymous,
I say that
Bishop Conley overstates nothing.
Mark his words.

Just because a few athiests that you know are Pro-Life doesn't mean many athiest are..and furthermore why aren't they vocal about their Pro-Life stance? Hmmm?

Atheists ought to be Pro-Life..Life is part of the Natural Moral Law...that which applies to even to a guy raised in isolation.

Removing prayer from public schools was step one, then so many steps followed.
Instead of getting rid of prayer, how about having multiple prayers of the dominant religions represented by the sutdent population?
You haven't seen evidence of the government pushing religion out??
How about Catholic adoption agencies having to shut down if they don't counsel for Birth Control and Abortions? How about the HHS forcing everyone to provide insurance that covers birth control, sterilizations, and abortions; and provide them as Preventive services nonetheless.
Speaking of Homosexual behavior as a wrong is about to be made illegal as a Hate Crime?
Whatever happened to Freedom of Speech?
Kids must be allowed access to violent video games to protect their Free Speech, but soon to publicly speak against same-sex sex will be outlawed.
You see no evidence...then Please start looking

"Highly ethical atheists." I want to know what a few "highly ethical" atheists have to do with anything? Is this some argument that atheism and whatever "ethic" it follows will serve morality and human destiny just as well as a Christian Revelation? What is a "highly ethical" atheist, anyway? Is it an unbeliever who follows systematically some philosophical ethic? Which one? A "situation ethic?" An ethic of the "fitting?" The "most good for the most people?" Some Kantian "duty" ethic? Or, perhaps some kinky "existential" ethic, where nihilistic integrity is maintained through remaining philosophically honest with oneself (whatever that means).
There is really no parallel between an ethical atheist and a believer in Christ. Any particular moral agreement between them would be coincidental, anyway, and based upon mutually exclusive premises. There is no real "Christian ethic," in fact, because the Christian life is not a codified and rational system, but rather a way of life based upon seeking the will of God as revealed through the Holy Spirit in the life of the Church and individual Christians. The effort to replace the Christian life publically followed with some rationalistic/humanistic philospical "ethic" embodied in the State is totalitarianism at its best. It is doomed to failure because even the "best" philosophical ethical system fails miserably vis a vis the human condition. There is no true justice, no "putting right" in this world...in this life. So, theologically considered, "ethical atheist" is an oxymoron....

Re: Ethical Atheists. Bishop Conley said, “Only a people who believes these truths (that “God, not government, is the only sure guarantee of human rights and the blessings of our liberty."), can build a society worthy of men and women created by God."

His assertion is that those who do not believe in God cannot build a society that protects human rights and liberty. I disagree with him.

So, Ignotus, how's the government built society-that-protects-human-rights-and liberty working out for you? LOL! The key phrase in Bishop Conley's talk is, "worthy of men and women created by God." He is referring to men and women who live by Faith and who exist "eschatologically" in the Church, expectantly...in hope...you know, that stuff you overlooked in seminary while you were reading "Springtime of the Liturgy" and tuning your guitar for the next Mass. There is no secular/humanist equivalent for the truths of salvation history. Culture does not value the human spirit or the human soul in the same way as the Church. I like the categorical nature of what Conley said. It is refreshing. Now, get that guitar tuned before Sunday...

Me thinks there will be good opportunity to be Martyred for the Faith in the coming decades.