SHOULD THE HOLY SEE BE MORE PRO-ACTIVE IN FIRING BISHOPS WHO UNDERMINE THE FAITH? 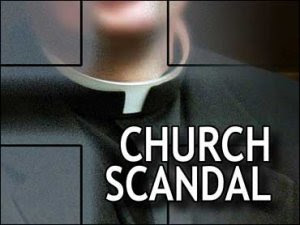 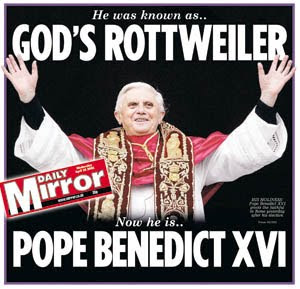 My comments first: The story below is about the German bishops who own a very profitable publishing company and have made millions of dollars from it. For well over ten years many in the German Church have tried to get the bishops to get the company they own to stop selling pornography. The efforts of these "whistle blowers" were ignored time and time again!

I have to agree with those who say the Holy See, meaning the papacy which has authority to do so, should fire bishops and quickly as well as transparently who are so incompetent that they allow the sex abuse of priests to continue by shuffling these priests around the world, produce pornography in their own publishing house because it is profitable thus abusing the moral teachings of the Church, allow the Liturgy and architecture of the Church to be desecrated and vandalized and the clear teachings of the dogmas and doctrines of the Church to be modified and called into question thus abusing faithful Catholics who are confused by the bishops actions or inaction, sins of commission or omission.

Yes, Holy Father, it is time to be ruthless in firing these kinds of bishops and quickly and making an example out of them to other bishops. You did it in New Zealand--do it throughout the world.

Read it and weep:

WELTBILD is the second largest bookselling company in Germany, with annual sales of $2.1 billion, and is wholly owned by the German bishops.

News about the company’s dealings in pornography broke in the mainstream press late last month, embarrassing the Catholic Church in the country. The bishops initially claimed it was an oversight due to a filtering problem, and would be dealt with quickly.

However, lay Catholics retorted that the public revelations followed years of attempts to alert the bishops to the inappropriate merchandise. In one case, a 70-page dossier was sent to all of Germany’s main bishops, but was apparently ignored.

“The Holy See will ensure that the Catholic Church in Germany takes clear and decisive initiatives against this form of abuse,” he added.

Ownership of WELTBILD has been divided between the Bishops’ Conference (24%), the Archdiocese of Munchen and Freising (13%), the diocese of Augsburg (13%) and 11 other diocese with percentage ownerships ranging from two to seven percent.
Posted by Fr. Allan J. McDonald at Saturday, November 26, 2011

I agree, it is time for the rotweiler to resurface. There is no possible justification for these German bishops owning a pornography publishing business.

It is time, and past time, for a purge of those elements inside the Church who have contributed to its shame.

We should not despise these poor bishops for falling into sin, but we should not ignore the damage they have done either.

These bishops need to be removed from public ministry, justice demands that. But out of love and mercy for their souls, they should be given the option to repent, and spend the rest of their lives in a hermitage.

If they are not willing to spend the rest of their lives in prayer and reparation, then excommunication may be neccessary.

Yeah, and the hermitage needs to be in the middle of I-95!

One has to wonder what such an action will have not only on the Church but on Europe and the world. We have turned over so much authority to incompetents in every aspect of our lives that we need to have a revolution of the obvious. God has given us a series of really good Popes, we need to finish the job. I think if there is popular support for the Holy Father, he would be able to make changes both near and long term to continue setting the Church back on the right heading.

I like Carol's suggestion as way to show a peaceful revolution can happen. Maybe put them in charge of one of the good breweries or wineries in Belgium or France. Or like Pin says, a Stucky's.

There are some no-brainers in the world. I'm amazed that we even need to have this discussion.

A few years ago, _First Things_ magazine, which nrmally does quite a good job, published an article arguing that firing a bishop, for various theological and pastoral reasons, wasn't something to be undertaken lightly. That's balderdash. If there's a smoking gun and sold evidence, failing to throw him out immediately isn't only grossly negligent, but sinful. All this hand-wringing just scandalizes the church and compromises its ability to spread the gospel. It's long past time to take the church back from the wolves. You don't negotiate with evil; you fight it to the death.

Interesting topic. Here's a little note I recently composed and that I wish I had the nerve to send:

Wake up and defend us!

Your Excellencies and Eminences, you are shepherds and there are wolves slaughtering your sheep--wake up and defend us! You have priests and employees publicly supporting abortion, women "priests", homosexuality, mocking the Holy Father, and teaching all manner of lies about what is clearly defined by the Magisterium.

Sirs, the sacrament of penance is little taught and less observed in many parishes and even the Holy Sacrifice of the Mass is turned into a mockery of personal expression, political speech, and dissent from the teachings of Mother Church. Wake up and defend us!

Either what Holy Church teaches is true or it isn't. If you believe it isn't, I respectfully suggest you do the honorable thing and resign and find another line of work. If instead, you believe as I do, that every word taught by the Vicar of Christ is true, then please, for the love of God, wake up and defend us! Souls are perishing every second. Your flocks are decimated by error and your charges, your sheep, are being led into the abyss that was prepared for the devil and his fallen angels.

The fight for truth will not be easy. Some of you may lose the respect and good life accorded you by the world. Most of you will lose many people who pretend to be your friends and the members of your parishes. A few of you may win the martyr's crown. In the end however, the gates of hell will not prevail. Wake up and defend us! If you do, your true sheep will fight along side you.

In Christ's service,
A. Sheep