DEMOCRACY FOR THE CATHOLIC CHURCH--IS IT THE WORK OF ANTI-CHRISTS? 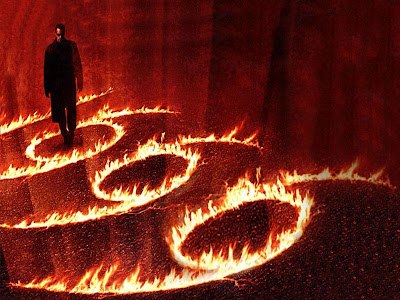 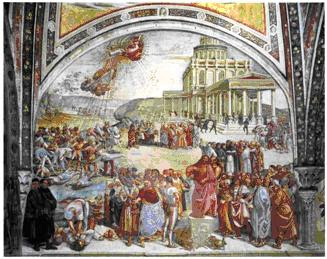 My comments first: The article from the UK's Guardian Newspaper below my comments shows the nonsensical silliness of liberal Catholic progressiveness and how they become an embarrassment to themselves as a caricature of 1970's Coloring Book Catholicism--also known as "Do It Yourself Catholicism", devoid of intellectual integrity. Catholic secularists want to take the God-given (Christ-given) authority of the pope and bishops and give it to the laity. Do you think that this demand, this small movement is about furthering the work of Christ, promoting divine teaching and leading people to heaven? No, for these secularists it is about "power" and "empowerment" and fomenting radical change in the Catholic Church--it is about refashioning Catholicism according to liberal secular politics and its agenda. It is a form of the anti-Christ described in the Catholic Epistles of the New Testament.

Most Catholics who are like the Catholic writer of the UK's Guardian Newspaper below who describes herself as a Catholic "hanging by her fingernails", who were schooled by radical nuns, priests and brothers of the coloring book Catholicism era of the 1970's. For Religious Women in particular their brand of Catholicism was wrestling power away from the old men of the Vatican and their henchmen the bishops--this is back in the 1970's and I heard it first hand and was taught it too! I'm so nostalgic! The language of "empowerment" and burning bras comes from the same period. Oh, to go back in time! It chills the chest.

What do these Catholic secularists really want with a democratic Catholic Church? They want what the Protestant Episcopal Church in this country has become--a caricature of 1970's Coloring Book Catholicism. Just what has the Episcopal Church become with its radical diversity approved by democratic procedures? It has become a Church that has moved from traditional, historic Christianity to a post-Christian conglomeration that is bleeding members and witness in a breath taking way.It accepts females in all branches of their "Holy Orders." It accepts contraception, abortion, same sex marriage, adultery, fornication and euthanasia. Does their "We Believe" sound an awful like modern godless secular politics and their "we believe"?

This "power crap of the people" applied to the Church is all about political secularism's agenda and reducing the Church's opposition to all that the secularists promote for our world today. They are today's version of the anti-Christ. Yes, there is a power struggle, a spiritual battle. But just who the hell has won the battle already? What's going on now is just a remnant of that well fought and won battle.


This is from a paper in England, The Guardian, a secular newspaper:

People power – a stranger at the Catholic church's door

Hear this, bishops and priests: Catholics' version of the Arab spring has started, and this week has seen important milestones

People power is all around: think the Arab spring, the protesters outside St Paul's Cathedral (Anglican), the national outpouring of outrage over phone hacking and, before that, MPs' expenses. This week, popular democracy came crashing in on yet another institution in desperate need of reform – the Catholic church, which has been a bastion of power for one of the most tightly-knit, elderly male oligarchies of all time.

What has happened over the past few days might not have looked particularly dramatic, but it has shaken the powers that be in the Catholic church in this country to their core. And although ordinary people didn't seem to be in the vanguard in the same way they were in the Arab spring, they have played a key role.

What's happened is this: First, Lord Carlile's report into a Catholic school in west London, St Benedict's, has concluded that the monks who run it have been guilty of a "lengthy and cumulative failure" to protect the children in their care from abuse, and that the school's organisational structure lacks "independence, transparency, accountability and diversity, and is drawn from too narrow a group of people". It recommends that the Benedictine monks who set the school up should forfeit control of it, and two trusts are now being set up to remove "all power from the abbey". The new body, says Carlile, should have policies and procedures that are clearly understandable to outsiders, and should have monitoring safeguards in place.

Second, a high court judge has ruled that the church is responsible as an organisation for crimes committed by its priests. This follows a case in which a former resident of a Catholic children's home in Hampshire alleged that she was raped and assaulted by a priest. Lawyers for the diocese involved, who are arguing that the relationship between a priest and a bishop is different from a normal employee/employer situation, have said they will appeal.

That case is likely to drag on for some years (and will do the church no end of PR disaster along the way); but both it and the Carlile report have something important in common, which they share with other popular movements of recent times. It is this: ordinary people, long repressed and silent, but with great power when they do choose to act, have spoken out. If former pupils from St Benedict's School in Ealing had not come forward; if the woman from the children's home (and she is not alone; others are alleging similar abuse) had not spoken out, the changes we have seen this week would never have happened.

And they are enormously significant, because power sharing is an entirely novel concept for those at the top of the Catholic church. Transparent, Lord Carlile? Independent? Accountable? Diverse? Oh, dear me: the bishops may need some explanation as to the very meaning of these concepts. And as to the idea that policies and procedures should be put in place at St Benedict's that are understandable to outsiders: well, I imagine there are a few splutterings over breakfast cereal at bishops' residences around the Catholic dioceses of the country this week.

I have been a member of the Catholic church all my life (albeit, sometimes, hanging on by my fingernails); and for me, as for many other Catholics, the problem is that the men who control the church do not see democracy as containing any inherent value. As far as they are concerned, power isn't devolved from the people, it is imposed from above – from God himself. They believe in a God who makes his wishes known to a small and select group of individuals, individuals who happen to be exclusively male, and rather elderly.

I don't believe in that God any more, and I suspect and hope that many of my fellow Catholics feel the same. I don't believe in a God who would not merely allow, but actively want power to be concentrated in the hands of a tiny (male) minority, while the majority had to do as they were told until they discover that what they are being told has been shot through for decades and even centuries with lies, cover-ups, smokescreens and an inability to grasp nettles. I believe in a God whose truths and goodness are located, not in the minds and hearts of a small number of men, but in the minds and hearts of a large number of women and men who care about one another and the wider community and the church itself, and whose views have for too long been ignored.

Rome wasn't built in a day, and its untenable power structures won't be dismantled in one either. The Catholic church's Arab spring will take many years, probably decades, to achieve. But hear this, bishops and priests: our spring has started, and this week's developments were important milestones. And know this too: the church that will emerge from the ashes of the old guard will be better, and bigger, and kinder, and more honest; it will be transparent, and accountable, and independent, and diverse. But best of all, it will be more Christ-like, too.
Posted by Fr. Allan J. McDonald at Saturday, November 12, 2011

If this were only the 13th century, I would reverently munch my popcorn (or whatever they had back then),while cheerfully watching this guy burn...

Poor Joanna Moorhead has not only been drinking the CoolAide, she has been marinated in it.

But her article highlights one very important truth- the effects of sin are devistating.

If that small percentage of clergy had not given in to sin, the anti-Catholic movement would not have a leg to stand on. So the answer is NOT found in a democratic laity and decriminalization of sin, but rather in emphasizing the devestating impact sin has on not only the sinner, but on the Church and society. SIN IS NOT PERSONAL- IT EFFECTS US ALL.

It is surprising, and somewhat comforting, that the secularists find it so difficult to apply logic and reason their arguments. The article starts by creating a negative role for the Church and the clergy by reminding the reader of the sex abuse scandal. This is completely unrelated to any democratic requirements and simply reveals the writer's prejudice. The article is a barely coherent rant by justifiably upset person who, in her state, does not see that she wants anything but democracy, and that democracy would not solve the problem in any case. She might also be consoled to learn that her understanding of the Church is incorrect.

Since Christ did not establish His Church as a Democracy it can easily be assumed that anyone who would work towards that goal would be an anti-Christ, if not an Anti-Christ.

Personally a Democracy is the last thing I desire from the Church, heck I don't even like the idea for politics. What I'd love to see is the Church exercise Her Powers that she does have against the Heretic Mahoneys, Trautmans, McBriens etc and stop the Scandalization of the Laity.

There is no New Testament support for a "democratic" Church...none, zero, zilch, nada...and thank God for it.