THE PURIFICATION (CLEANSING) OF THE COMMON CHALICES AFTER MASS—WHAT ARE THE RUBRICS ABOUT THAT? 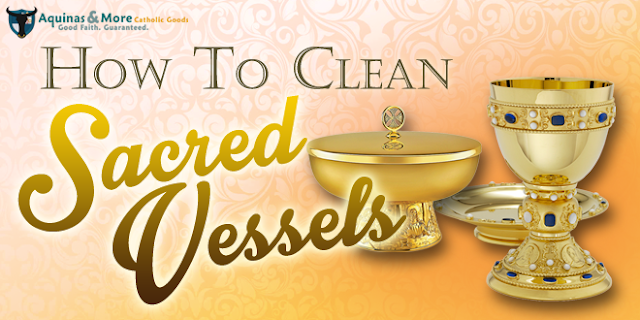 With the common chalice in the Ordinary Form, there are no rubrics, except this, which most pastors dispense:

The priest or deacon or instituted acolyte are to do the first cleansing by pouring only water into the chalices either after Holy Communion or after Mass. He is to drink the absolutions no matter how many after communed from the common chalices. He then dries them.

In this case, God only knows who sanitizes these chalices once again with hot water and dish soap. There are no rubrics about the second cleansing in the sacristy after Mass and how thoroughly.

Most parishes delegate the complete cleansing of the chalices after Mass to the lay extraordinary ministers of Holy Communion. There are stories of this being done reverently and irreverently in the sacristy.

But there are no universal rubrics or guidelines for the laity in terms of the first cleansing of these chalices and the drinking of contaminated ablutions and then a second cleansing with dish soap and hot water to sanitize them before being used again.

It simply depends on the parish and what guidelines the pastor has established if any.

And there are different laity cleansing the chalices each week at the variety of Mass.

So when these unsanitized chalices are used again, God only know what germs remain on the chalices even though they look clean.

Let me reiterate this again: THE COMMON CHALICE IS A DISGUSTING NOVELTY IN THE CATHOLIC MASS.
Posted by Fr. Allan J. McDonald at Tuesday, March 03, 2020

What would prohibit using MD2020 to perform the ablutions? That would down an elephant if it could fit in the chalice.

Amen Father. Fortunately, I am still young enough to drive an hour or two to the nearest TLM. When can no longer drive so far? I just do not know. Occasionally on Holy Days of obligation I go to the local NO. Then I do not feel comfortable there. It is a different religion.

RCG humorously makes a valid point. The traditional mode of performing the ablution involved the use of wine, first, and then water. The wine can be fairly high in alcoholic content, up to 18% if I recall correctly.

Ablution or purification is a ritual act, and is not the same as cleansing. John Keats, an agnostic if not an atheist, has in a famous sonnet:

'The moving waters at their priest-like task
Of pure ablution round earth's human shores.'

A lay EMHC may not purify the sacred vessels, unless he is also an instituted acolyte. The US had an indult from 2002 to 2005 to allow all EMHC to do so, but this was not renewed and positively rescinded in 2006.