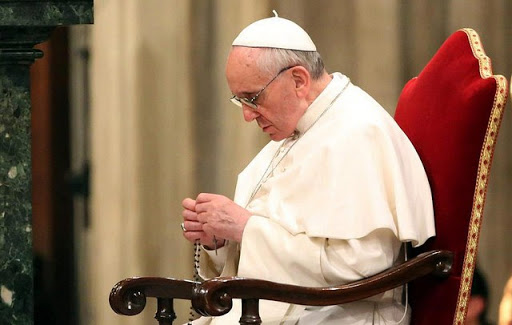 Ten dead in Georgia. But, yes, let's gather together in a group for prayer.

"The head of the religious sect that has been at the centre of the coronavirus outbreak in South Korea has apologised to the nation for the disease's spread.

Lee Man-hee, the leader of the Shincheonji Church of Jesus, got on his knees and bowed at a news conference.

About 60% of the country's more than 4,000 confirmed cases are sect members. Deaths nationwide now stand at 28." - BBC News

bugger off anon
It is quite humorous to see the pope who poked fun at the SSPX for offering spiritual bouquets and rosarys for him at his election and now praying the rosary himself, seems there are no --- in a foxhole

Amen! You know who Anonymous is don't you? A fake catholic priest