THE POST VATICAN II EXPERIMENT HAS FAILED MISERABLY! WHEN WILL THE POPE, ANY POPE, AND THE COLLEGE OF BISHOPS WAKE UP TO THIS AND SMELL THE COFFEE? 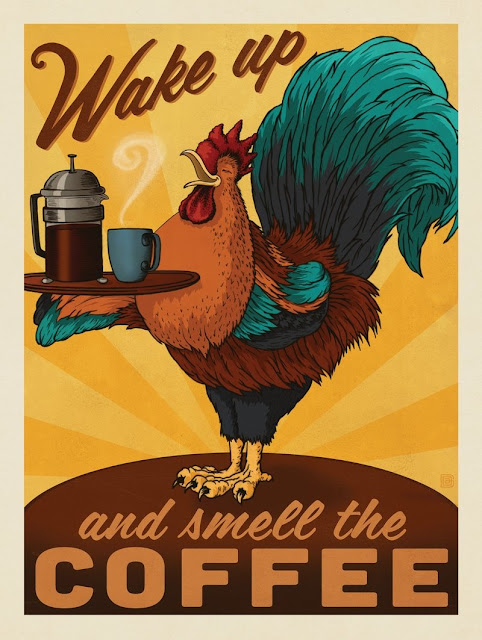 From Crux. This is from Argentina but could be anywhere in the Catholic world today: it is tragic, yet the hierarchy and religious orders and the lowerarchy go about business as usual enabling further free fall. Think Germany and the pope’s muted response to the sham of synodality there:

ROSARIO, Argentina - As bishops from Pope Francis’s native Argentina figure out how to pay their own salaries instead of taking funds from the state, a new poll shows that while seven in ten Argentines declare themselves to be Catholic, six in ten don’t know what activities the Church is doing in the country and seven in ten attend Mass less than once a month.

"....only 16 percent of Catholics attend Mass weekly and just 13 percent more do so once a month, while 49 percent attend less than once a month and 22 percent never go to church unless it’s for a wedding or a baptism..."

It seems to me that full, conscious, active participation of the faithful above all else in the liturgy is what alienates people from the liturgy like this, rather than inspire them to the point that they cannot keep away from it. Sorry, but from the start this idea places man ahead of God in the liturgy. The main problem with the Church is her new liturgy because of this, and not because of any post-Vatican II experiment. The liturgical document of Vatican II was conceived by ivory tower "experts" who had no idea that what all people wanted of the liturgy was to be able to worship and pray to God in their own personal relationship with Him, as had been the case for almost 2000 years. They did not want to be some kind of secondary priests as believers who must participate in the liturgy along with the presider standing at the table still called an altar, as if the liturgy was some kind of magic potion that mechanically brings God into souls when activated by their active participation.

Maybe coffee will be smelled if we get a 'columbian face' at mass.

Sorry Father, but I think the answer to your question is so obvious it hardly merits being taken seriously.

WE ALL KNOW that the "postconciliar" Church is a massive failure--picture "New Coke" never going back to the original formula. That's where we're at. It's renewal because the Vatican apparatchiks SAY it's renewal, truth be damned!

FSSP and SSPX parishes operate at capacity and draw converts and vocations. The Novus Ordo Establishment knows this and they don't care. They do not want the Traditions of the Church. They want it obliterated from the Catholic memory (at best) or (at worst) marginalized and mocked as "fringe" or "extreme". In spite of Summorum Pontificum, we STILL have a bishop in France who brazenly and shamelessly forbids the Traditional Mass. In spite of the fact that Communion on the tongue is the worldwide prescribed norm for reception, virtually every Novus Ordo parish (even YOURS, I'll bet) has new Communicants marching in lockstep to put their hands out for that First Communion. You can post all the pictures of clown Masses that you like, but it doesn't shame anyone. We still have new priests in THIS diocese who behave like clowns either at or away from the altar (ever notice the priest who sports a clergy shirt with the emblem of his favorite sports teams?)

THE LEADERSHIP KNOWS WHAT WORKS AND THEY DON'T WANT IT.

THEY WOULD RATHER SEE THE CHURCH DIE THAN THRIVE AS IT ONCE DID--ESPECIALLY IF THE COST OF THRIVING IS A RETURN TO TRADITION.

THIS POPE AND HIS LIKE-MINDED BISHOPS DO NOT WANT CONVERTS. THEY WANT "DIALOGUE" and "ACCOMPANIMENT". THE PROBLEM COULD HAVE BEEN FIXED A LONG TIME AGO. ANY IDIOT CAN SEE THAT THE POWERS THAT BE DO NOT WANT IT FIXED.

If you want to accompany modern man on his path to Hell, be my guest. The Church's biggest enemy is its own big, constipated self. The Church is carrying a huge cross of dissent, confusion and rebellion...those three things are NOT "fruits of the Holy Spirit" and they weren't given to us by God. Permitted by God to chastise us? Yes. But certainly not his Perfect Will for our Church. Let's stop the pretense that we don't know what's wrong.

I don't think such an exercise interests most of the Roman hierarchy.

Like many of the before/after neo-con renovation photos that are shared on this site, they are engaged in the relentless pursuit of something that was never intended to be. That "something" must not be satisfying, however, given the more recently constructed churches and cathedrals (excluding the former Crystal Cathedral) as well as the renovations and de-wreckovations that attempt to drive some authenticity back into.....that which was never intended to be. One could conclude that for many, the reforms only get one so far and leave one yearning for more.

The 'business as usual' hierarchy/religious are largely older; meaning, it ultimately won't be their problem to live with the consequences of their actions/inaction. I suspect, therefore, that many aren't likely to be concerned.

It saddens me to see how in some places, the Roman Church continues to rip itself apart in addition to languishing in its own apathy. For those who do not see this (or, choose not to), hopefully, they wake up and smell the coffee before it is too late.