APART FROM PRIESTS WHO CELEBRATE PUBLIC MASSES WHEN THEY ARE CONTAGIOUS WITH COLDS, THE FLU AND THE CORONAVIRUS, ARE SSPX AND FSSP PARISHES EXPERIENCING CONTAGION PHOBIA LIKE THE ORDINARY FORM PARISHES ARE WHICH HAVE ADDITIONAL UNSANITARY AND DISGUSTING LITURGICAL PRACTICES? 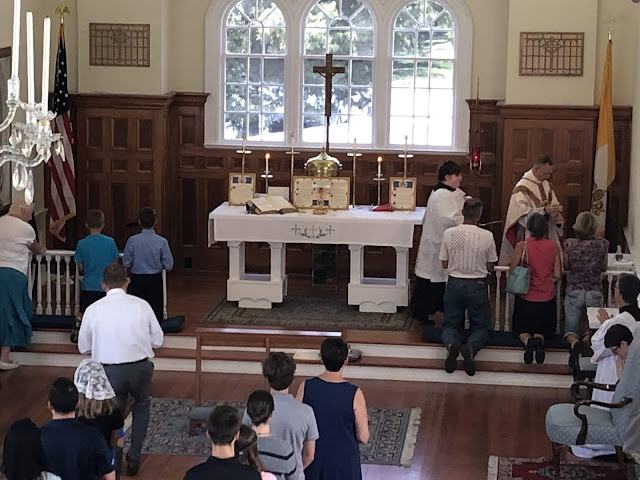 FSSP and FSSPX parishes are kind of a time warp liturgically. They are like the entire Latin Rite was prior to the reforms of Bugnini and those subsequent to him and then codified by papal decree and local bishops.

But in this time of liturgical hysteria based upon the unsanitary liturgical practices foisted upon the Ordinary Form Church by liturgists and those who don’t give a hoot about public health if it impinges upon a radical liturgical breach with the pre-Vatican II Church, are FSSPX and FSSP parishes experiencing the same panic and taking radical steps to change ill advised reforms of attributed wrongly to Vatican II?

What happens in most FSSPX and FSSP parishes prior to Mass?

1. The priest vests for Mass praying the various required vesting prayers which includes, by the way, the washing of his hands with soap and water! Is that required in the Ordinary Form? NO, NO, and NO!

2. There is no concern about extraordinary ministers of Holy Communion washing their hands or using hand sanitizer as they come to the altar to act like an ordained priest, because there are no EMHC!

3. Everyone normally kneels for Holy Communion and the priest easily avoids touching the mouth and tongue of each communicant because it is so easy to accomplish this with kneeling communicants who tilt their head back and only slightly stick out their tongues. Each of us in the Second Grade were taught what I have just described when kneeling at the altar railing and the priest approached us.

4. THERE IS NO COMMON CHALICE USED, WHETHER THAT CHALICE WAS PROPERLY SANITIZED PRIOR TO MASS OR NOT. The priest uses his own chalice, which other priests do not use and he is to take care of its cleanliness after Holy Communion and later after Mass if he wishes to wash it with soap and water, which most priests even in the FSSPX or FSSP don’t do.

5. There is no need to eliminate the handshake and kisses of the Sign of Peace not to mention hugs, slaps on the back and butt, because it is absolutely not allowed in the EF Mass and most EF Masses don’t have greeters, gab fests in the narthex before and after Mass because EF communicants go immediately into the church to pray and usually remain afterwards for prayer of thanksgiving. There isn’t even a lot of handshaking and talking outside the church or in the parking lot. Maybe in the social hall if there is an after Mass gathering, but much more sober than in an OF parish.

BUT WHAT IS HAPPENING IN ORDINARY FORM PARISHES?

1. Finally, the common chalice is being banned as a public health risk and Chicago is warning parishes now (how many years since allowing it???) to make sure chalices are properly washed after Mass.

2. Because people stand for Holy Communion, it is easier for the priest and the army of extraordinary ministers of Holy Communion to touch the mouth and wet tongue of communicants who receive on the tongue while standing. Kneeling eliminates this threat. Thus bishops are freaking out and ordering people to receive in the hand despite the fact that most of us, especially EMHCs touch the hands of communicants. It is almost impossible not to do and we all know how dirty and germ filled hands are compared to common saliva on someone’s tongue!

3. Now there are explicit rules being developed about hand washing for priests and EMHCs to include sanitizers immediately prior the Holy Communion and afterward. Will prayer develop for this practical ritual, “sanitize my hands and my soul o Lord that I might worthily distribute Holy Communion without passing my germs onto others?”

4. The Sign of Peace is being suspended, but what about the hand shaking initiated by greeters before Mass, the gab fest in the narthex and nave of the church and all the physical touching that goes on in ordinary form parishes before, during and after Mass? How do you put that “toothpaste” lavishly used in OF parishes back in the tube?????????
Posted by Fr. Allan J. McDonald at Wednesday, March 04, 2020

Can we PLEASE get an FSSP parish or SSPX mission in South Georgia? The parishes here are also in a liturgical time warp: They still think it's 1972.

I'll gladly take one up here in the liturgical wasteland of the unappreciated north of the diocese of Cincinnati, please, hurry

As you would expect, we are getting our diseases in the Tradition manner: at work or the children bring them home from school. This seems sufficient to have made our group as sick as anyone.

And in Chicago, Holy Water is removed from the fonts! Today while entering for Mass I was astounded to see the cup for Holy Water was totally gone!

I guess I'll bring my own Holy Water bottle to Mass from now on. :-)

Bee, that is precisely what Fr. Z recommends in his March 2 post.