ABUSIVE RELATIONSHIPS WITHIN THE CONTEXT OF A LIFELONG COMMITMENT MUST BE HEALED AND HEALTHINESS RESTORED: YES OR NO? 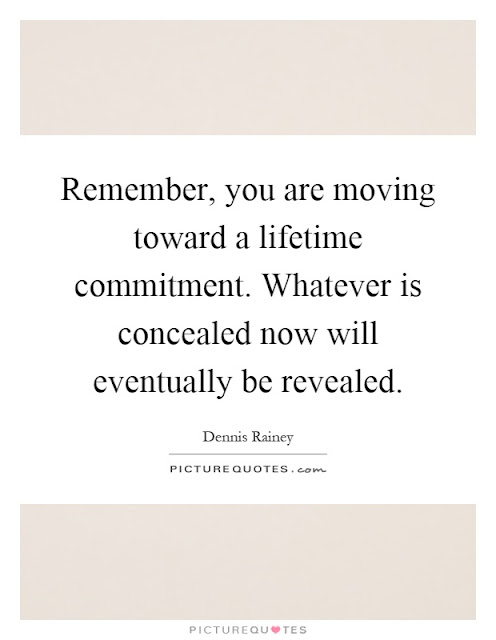 Bishop Scharfenberger who is the interim administer of scandal wracked Buffalo, put his foot into it twice but in doing so offered insights into why the sex abuse scandal festered into what it is.

This is my take. On the side of pre-Vatican II thinking, and it was thinking, not dogma, once you made a commitment to marriage, to religious life and to Holy Orders, you made a lifelong commitment that could not be broken. You were in it for life regardless of an abusive spouse, an inept  relgious or an unfaithful priest or bishop. Not only did you make a commitment for life to the Church, the Church made a lifelong commitment to you and you were part of the family no matter what kind of prodigal child you might be or become.

Post Vatican II developments exacerbated the pre-Vatican II thinking I just summarized. But a more insidious theology developed, that the Church and her ministries could redeem and heal the broken and restore them to their life's commitment. Of course, even in the pre-Vatican II Church, the sacrament of confession cured all things sexual, if the penitent was sorry. So many sexual issues, even what we call perverted, were forgiven because these were thought to be sins or there was a mitigating circumstance, such as alchohol involved during the commission of the sin.

After Vatican II a therapeutic ideology took hold and there were those who treated sexually abusive priests who said they had sexual addictions and that like alchohol addiction they could be placed in a recovery program and reintegrated into their various pastoral ministries. Some even advocated being transparent with parishioners about the priest's addictions be it substance abuse or sexual abuse.

The ideology that we can save the person, save the planet and save all things based upon a faulty eschatology is at the root of the Church's ongoing scourge. We see it in the belief of many that we can reverse climate change on our own by doing this, that and the other not acknowledging that the earth is terminal just as we are and all is leading to the final consummation and the Last Judgement. But before that is the particular judgement and both elements of the particular and final judgement are taking place in "real time" as a prelude to the actual ones.

These two articles show you the mess bishops have caused and continue to cause:

Bishop Edward B. Scharfenberger on Friday first apologized for -- and then doubled down on -- his support of abusive priests, saying they are still part of what he calls the “family” of the church.
BISHOP SCHARFENBERGER: "I really consider every single person, including our priests who may have abused people, as part of our family that I'm responsible to take care of in some way.”
REPORTER:
“I'm sorry, did you just say that the abusive priests are part of the family, as you call it?”
SCHARFENBERGER: “That's correct.”
REPORTER: “So why would a survivor want to be a part of a family where the father figure of the family invites child molesters to be part of the family?”
SCHARFENBERGER: “Well, first of all, Charlie, I assume you're referring to what happened last Monday.”

Statement of Bishop Edward B. Scharfenberger

"It is clear that my efforts to address the disappointment and anger voiced by some over my decision to allow certain priests of the Diocese of Buffalo who have been credibly accused of sexual abuse to participate last week in a private Mass for priests have not been sufficient.
"First, I wish to reiterate that I deeply regret the pain and further disillusionment that this private gathering of priests - which included those not in good-standing with the Diocese - has caused to victim-survivors who rightly demand justice and accountability for the horrific and lasting harm they have experienced.
Posted on March 1, 2020 5:37 PM
Posted by Fr. Allan J. McDonald at Monday, March 02, 2020

"The ideology that we can save the person, save the planet and save all things based upon a faulty eschatology is at the root of the Church's ongoing scourge."

What is the "faulty eschatology"? Those who work to reduce the negative impacts humans have on the planet are not thinking or suggesting that the world will not end. Rather, they are suggesting we can do less damage to our planet by behaving differently.

"We see it in the belief of many that we can reverse climate change on our own by doing this, that and the other not acknowledging that the earth is terminal just as we are and all is leading to the final consummation and the Last Judgement."

2 - No environmentalist is suggesting we can make the world last forever. We know that material things have limited lifespans, be they butterflies or humans or planets of stars. We know that our sun, being just another star, has a limited life spans and will burn out in about 4 or 5 billion years.

Somehow saying you deeply regret something when the action was deliberate and the pain it caused could have been foreseen just doesn't cut it. It actually says "Too bad you were hurt. I don't care."