SAINT ANNE'S FRIDAY LENTEN MASS AND STATIONS OF THE CROSS 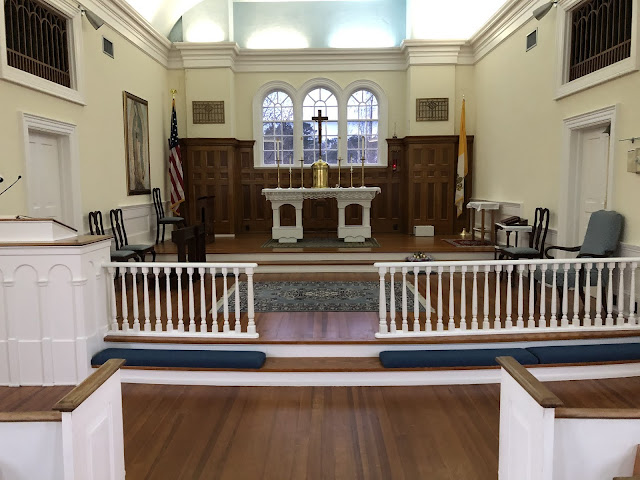 YOU CAN WATCH SAINT ANNE'S FRIDAY LENTEN MASS FOLLOWED IMMEDIATELY BY THE WAY OF THE CROSS BY PRESSING HERE.

Father McDonald, I just wanted to thank you for trying SOMEhow, SOMEway, to provide your parishoners spiritual nourishment in this time. It is a great pity that more diocese and priests are not trying to think outside the confining box of general guidelines from higher-ups....

and them leaving parishoners nearly totally alone, unable to even visit Jesus except maybe during strictly deliniated business hours, at THEIR discretion. It has mostly been a great abandonment of the flocks in time of crisis, and the flocks are going to remember these times.

If they think flocks were wondering "why bother" before this happened, just wait until this all shakes out, and the ones even most desirous of being there locked out for months in some insane conglomeration of liability lawsuit fear and desire to preserve only their manmade part of the institution.

Thank you to all of our priests who pray the Mass for us everyday wherever we are.

The term 'private Mass' refers to a Mass which is not scheduled. Before 1960 'missa privata' was the official term for a Low Mass, which was deprived (privata) of the ceremonies of a Solemn Mass. John XXIII renamed it 'missa lecta'.

Presumably, then, a 'public Mass' is one that is scheduled. There is nothing to prevent a priest celebrating a private Mass at the side altar of a large church - it happens, for example, at the London Oratory (normally an EF Mass). Since churches remain open for prayer and adoration, some of the faithful will be present. The practice, very common before V2, has made something of a comeback in recent years.