PANDEMIC APOCALYPSE AND WAKE UP CALL

The Zombie Apocalypse of the Walking Dead was called by a virus that went pandemic. Is this art imitating the reality of another virus and pandemic, the Coronavirus/? 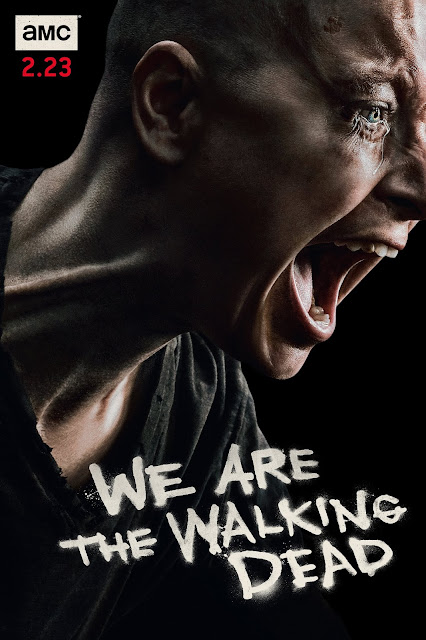 For the most part, the USA and most of the western world have not had to deal with apocalyptic issues since World Wars I and II to include the Holocaust.

We have a high standard of living and apart from the threat of acts of terrorism and 9/11, we live an almost idyllic life and we are very affluent. Even our poor, including some of our street people, are better off than most people in the 3rd world.

We haven’t had tsunamis, like Indonesia, Japan and other places killing hundreds of thousands of people. Nor major, major earthquakes like Haiti.

We haven’t experience war, terror and constant bumbling like those in Syria, Iraq and Afghanistan.

We haven’t be displaced looking for other countries to live.

But now, we are getting a foretaste of what an apocalypse in the USA could entail with the Coronavirus affecting the entire world and the USA soon outdoing other nations in terms of the impact.

There is an economic collapse, no public gatherings including for Mass and religious services. There is more coming and there will be huge numbers of people seriously ill and dying.

But what if’s now become realities that would lead to the collapse of the USA and western civilizations. One nuclear bomb in New York City and Washington, DC would end our lives as we know it and chaos and civil war might ensue.

The loss of internet and computer connections would be apocalyptic too.

We Americans are so soft, few of us could survive on our own or face an enemy who will want what we have as little as that might be. In this case the long running AMC serial, The Walking Dead seems like fact imitating fiction. Their apocalypse leading the the Walking Dead was a pandemic of a virus but now the greatest monsters aren’t the living dead, but the living and people getting together to support themselves in terms of zombie killing and the threat of the still living.

And our Catholic Faith. Only 12% to 20 % practice their faith and of that number, there are many who embrace the faith in a purely horizontal, vapid and superficial way. The 80% who don’t practice and have become nones will have a truly difficult time with the loss of their points of purpose in life.

Only the solid in faith both in the EF and OF communities of the Church will rely on their faith to get them to heaven because Jesus Christ, the Risen Lord, has won the battle and teaches us this isn’t our true home, heaven is as all things will end including Mother Earth.
Posted by Fr. Allan J. McDonald at Tuesday, March 24, 2020

"Only 12% to 20 % practice their faith and of that number, there are many who embrace the faith in a purely horizontal, vapid and superficial way."

When "normalcy" is ultimately re-established, and of that many, I suspect most will still not get it - including those in charge.

Facebook just deleted all Masses and liturgies from Church Facebook sites. Our MHT pastor just posted it 20 min. ago...

ADDENDUM TO THAT LAST POST:
Facebook is apparently having a “glitch” wherein the liturgies will not come up for mobile devices, but will for laptops and PCs.
Whew, Feast of the Annunciation Liturgy can be viewed TBTG! The priest who alerted us tonight is searching for another platform rather than Facebook for his videos.

Somebody's got to say it: Are we being punished?

The pope recognizes the Chinese Catholic Patriotic Association, a faux-church run by government operatives and resisted by faithful Catholics.

The pope and other cardinals and bishops bow down and pray to pachamama idols.

New York City has more abortions per capita than any other US city.

Result: China leads the world in virus deaths. Italy leads Europe. 40 percent of all cases in the US are in New York and 30% are New York City alone.

What will it take next to get our attention?

I don't think we can say with certitude or infallibly that it is a punishment or not. While sin as well as corruption have existed in the Church since day one, what has occurred in the Church these past 50 years or so I think is unprecedented from the perspective of Faith and Morals and the Deposit of Faith. Pastoral decisions that set up a priest or a penitent or any person as a kind of god with an infallible way to make decisions that go against defined moral teachings could elicit the wrath of God.

The wrath of God or at least the theology behind it has not been explored in the post-Vatican II Church and is marginalized by modern theologians and some in the Magisterium.

But we all know that God does punish in this life, it is called penance in the theological world. We know too that God can condemn to hell whomever he wishes to punish and that His choice to do this is not a mistake in any way. That should be sobering for each of us and what is the post-Vatican II Kumbaya Church.

Mistakes that this pope has made with China, pachamama, Amoris Laetitia and other off the cuff remarks may deserve punishment but for God to take it out on the innocent as well as the guilty is a questionable theology.

Let's just say that when pride (original sin and its progeny actual sin) rules the day, things get out of wack and all suffer, the good and the bad alike.

Until we feel shame instead of resentment for our own actions we are only punishing ourselves.

No, just the opposite. God's punishment is to let us have what we want, see Romans 1. And see Hebrews 12: God disciplines his children; if we aren't discipline, that means we are not children, but bastards.

I go into it here: http://frmartinfox.blogspot.com/2020/03/coronavirus-gods-wrath-or-gods-mercy.html

Punishment might have been a poor choice of words. Perhaps "chastised"? "Spanked"?

While I don't claim to be a biblical expert, it strikes me that whenever the Jews got involved with other peoples' false gods, one of three things happened to them: Famine, War or Sickness. And yes, even innocent people suffered. Of all the problems I mentioned, the Pachamama disgrace bothers me the most.

This is just my sense, but I think of this really as a warning. I think a few people are going to re-evaluate their lives, but not enough. I think the next "crisis" that hits us is going to be deadlier and more devastating. For now, however, it is interesting to watch how people respond. Many people are asking some of the same questions I am (after all, who wants to be on God's bad side?). Some people, however, are doubling-down on their culture of death "rights" and beliefs. But you are right, Fr. Fox, a true punishment would be to allow us to continue on our merry way with no consequences in this world.

It is very easy and very attractive to say, "I know why this suffering has come upon us."

But then we have to come to terms with this passage from the Gospel from the fourth Sunday of Lent:

“Rabbi, who sinned, this man or his parents,
that he was born blind?”
Jesus answered,
“Neither he nor his parents sinned;
it is so that the works of God might be made visible through him."

Simplistically, we want to assign blame. It is the oldest evasion in the book, literally.

"Then God asked: Who told you that you were naked? Have you eaten from the tree of which I had forbidden you to eat? The man replied, “The woman whom you put here with me—she gave me fruit from the tree, so I ate it.” The LORD God then asked the woman: What is this you have done? The woman answered, “The snake tricked me, so I ate it.”

Someone's to blame, but it ain't me!

In the great majority of cases, we assign that blame to someone else. Several here have already blamed Pope Francis and the Pachamama. That's self-congratulatory. "I didn't worship an idol, Pope Francis did. He's to blame!"

WE suffer evil (the deprivation of some good; in this case, the good of health) because WE are sinners.

Don't take the easy road out of this. Instead we must take the planks out of our own eyes.