THOSE WERE THE DAYS WHEN WE WERE DISCIPLINED MANLY CATHOLICS, EVEN WOMEN AND CHILDREN! 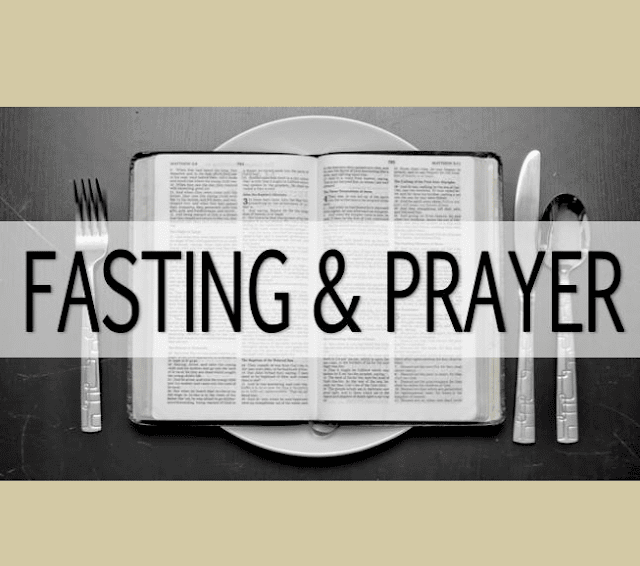 I can see why Catholics were thrilled to turn 60 back then, because they were dispensed from the Lenten Fast

It seems to me that some people who were really committed to the discipline of our Catholic Faith back then, could harm their health by the Lenten Fast, although dispensations galore were granted even prior to Vatican II.

It seems to me that today, we need a bit more fasting than what we have which is only two days out of the year, Ash Wednesday and Good Friday. Why not make every Friday of Lent a Fast Day? That would be easier for most of us and dispensations would still be granted for those who couldn't do it.

Or, the description of the fast could be changed to "Fast Lite" meaning, every day of Lent you could eat three full meals but no snacking between meals.


How Was Lent Observed Before Vatican II?


Changes in the Rules for Fasting and Abstinence

The rules for fasting and abstinence changed as part of Vatican II. But just as the revision of the liturgical calendar and the promulgation of the Novus Ordo (the current ordinary form of the Mass) were not part of Vatican II (though many people think they were), so, too, the revision of the rules for fasting and abstinence (not just for Lent but for the entire year) coincided with Vatican II but were separate from it.

But Changes Were Made

That revision was made by Pope Paul VI in a document entitled Paenitemini, which "invites everyone to accompany the inner conversion of the spirit with the voluntary exercise of external acts of penitence." Rather than relieve the faithful of the requirement to do penance through fasting and abstinence, Paul VI called them to do other forms of penance as well.
New Minimum Requirements for Fasting and Abstinence

Paenitemini did, however, set new minimum requirements for fasting and abstinence. Down through the centuries, the Church has adjusted the regulations to fit the spirit of the times. In the Middle Ages, in both the East and the West, eggs and dairy products, as well as all meat, were forbidden, which is how the tradition developed of making pancakes or paczki on Fat Tuesday. In the modern era, however, eggs and dairy were reintroduced in the West, though they continued to be forbidden in the East.

My Father Lasance Missal, published in 1945, gives this summary of the regulations at that time:

The Law of Abstinence forbids the use of flesh meat and the juice thereof (soup, etc.). Eggs, cheese, butter and seasonings of food are permitted.
The Law of Fasting forbids more than one full meal a day but does not forbid a small amount of food in the morning and in the evening.
All Catholics seven years old and over are obliged to abstain. All Catholics from the completion of their twenty-first to the beginning of their sixtieth year, unless lawfully excused, are bound to fast.

As for the application of fasting and abstinence during Lent, the Father Lasance Missal notes:

"Fasting and abstinence are prescribed in the United States on the Fridays of Lent, Holy Saturday forenoon (on all other days of Lent except Sundays fasting is prescribed and meat is allowed once a day) . . . Whenever meat is permitted, fish may be taken at the same meal. A dispensation is granted to the laboring classes and their families on all days of fast and abstinence except Fridays, Ash Wednesday, Wednesday in Holy Week, Holy Saturday forenoon . . . When any member of such a family lawfully uses this privilege all the other members may avail themselves of it also, but those who fast may not eat meat more than once a day."

So, to answer the reader's specific questions, in the years immediately before Pope Paul VI issued Paenitemini, eggs, and dairy were allowed during Lent, and the meat was allowed once per day, except on Ash Wednesday, the Fridays of Lent, and before noon on Holy Saturday.
No Fasting on Sundays

Meat and all other items were allowed on the Sundays in Lent, because Sundays, in honor of the Resurrection of our Lord, can never be days of fasting. (That is why there are 46 days between Ash Wednesday and Easter Sunday; the Sundays in Lent are not included in the 40 days of Lent. See How Are the 40 Days of Lent Calculated? for more details.)

But Fasting for All 40 Days

And finally, the reader's aunt is correct: The faithful were required to fast for all 40 days of Lent, which meant only one meal, though "a small amount of food" could be taken "in the morning and in the evening."

No one is obliged to go beyond the current rules for fasting and abstinence. In recent years, however, some Catholics who have desired a stricter Lenten discipline have returned to the older regulations, and Pope Benedict XVI, in his message for Lent 2009, has encouraged such a development.

It looks then that even before Vatican II US Catholics had softer rules on fasting.
Canon Law of 1917 says (can.1252) that Catholics should:
1. Abstain from meat on every Friday during the year,
2. Abstain from meat and fast on Ash Wednesday, all Fridays and Saturdays of Lent (in those times Good Friday was still part of the Lent, now it's not anymore), Ember Days, Pentecost Eve, Christmas Eve, and on December 7.
3. Fast (meat allowed) on all remaining days of Lent (Mon-Thu).

My wife actually does that with me in Lent. It’s a tradition she either picked up somewhere, or inherited from her parents. Does both of them being Italians who immigrated in their youth or young adulthood have anything to do with that (as in, are Lenten traditions still maintained in the mother countries?)

Moving Good Friday out of the Lent has had sometimes funny repercussions. Precepts of The Church in Poland stated before 2014 that Catholics should observe days of penance and not attend parties on each Friday during the year. In 2014 Polish bishops wanted to make things easier and narrowed this to Fridays of the Lent only. So now people are supposed to fast on Good Friday, but they can totally legally go to a disco :)

Bishop Challoner in the 1700s bemoaned the growing laxity of Lenten observance, as did Dom Gueranger in the mid 1800s.

Neither apparently had much influence, going by what has happened since, even though both gave great histories of just what fasting truly was in earlier years.

Today, the Catholic media sphere is still far more fixated on whether an Impossible Whopper is legit for fasting days, than they are over the coronavirus....meanwhile, the SSPX once again gets things tersely right, with, "Arguably, a Catholic who intentionally seeks these artificial meat products out in the name of adhering to the letter of the law are violating its spirit. It would therefore behoove Catholics to reflect on why they are purchasing an $8 box of soy chicken nuggets on Fridays when a can of tuna fish is available for a dollar. Further, with respect to the ascetic dimension of abstinence, that is all but obliterated when meat is replaced by near-identical substitutes.”

I suppose the article was also geared towards soliciting commentary as to individual fasting habits? Personally, I fast for all of Lent, generally to sundown daily, although some days when feeling a bit strange, I might eat a handful of cheese crackers or somesuch.

As far as I know, one part of fasting is to call to mind all the sins committed over a lifetime, and that knowing no sin goes without satisfaction being made, and how most of those injured by my own sins will never see recompense from me, especially those injuries unknown to me, that fasting is an attempt to aid in the divine justice due for every sin committed. In short, self-inflicted punishment in the interests of justice.