IT IS CLERICALISM BUT SO MUCH MORE TOO! 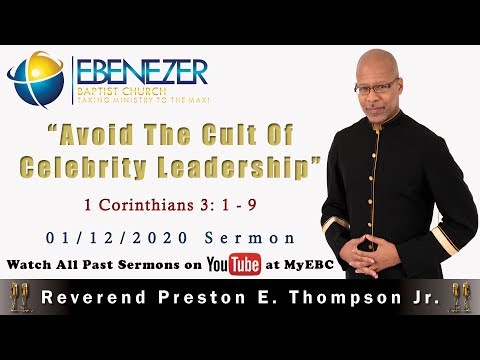 The National Chismatic Reporter has a fairly good article on the sex abuse crisis enveloping the Church since the 1980’s.  You can read the whole thing by pressing the title below:

In a talk at Villanova University, Jesuit Fr. Hans Zollner said that clericalism is the root cause of the damage done to the church; he called out past systemic failure in stopping abuse.
My Comments:
When I was growing up both clergy and religious were placed on pedestals and given a pass because it was thought they were heterosexual, committed to celibate chastity which might make them moody here and there. Those of us in Catholic education saw the good, bad and ugly of religious sisters and brothers and we could discriminate about those who were nice or not nice. I don’t think, though, anyone thought a priest, brother or sister would sexually abuse someone and we wouldn’t believe it if a peer told us they had been.
I don’t know if that is clericalism or not. I think we would attribute these attitudes to teachers, law enforcement and doctors and nurses. We were naive in those days about the inner workings of all of these professions, including Church professions.
The Church used legal procedures confirmed by USA law to make legal agreements with silence/confidentiality clauses. This was legal. Is that clericalism and who is to blame, civil law or the Church and her canon laws?
It is relatively recent law that members of the clergy must report sex abuse if not heard within the context of Confession. In Georgia, it became a law shortly after I was ordained in 1980.
The age of consent has changed too. Southern culture in which I grew up saw girls getting married with parental permission at 13, 14 and older. My next door neighbor’s daughter in the early 1960’s got married to an older man when she was 16 but was dating him for a couple of years before that. Premarital sex was not unknown back then either.
I think there are still a few states that allow 13 year olds to marry and now with same sex civil marriage I guess that applies to boys marrying men?
What about that? Is that clericalism.
I think that the modern sex abuse scandal was exacerbated by the liberal reforms of the Church in general and the priesthood in particular.
But there is something more insidious which Pope Francis seems to be recovering—the idea that the Church can bring about the kingdom of God on earth, a rash 1970’s theology based on eschatology.
We can bring about healing in people’s lives and every person is capable of healing and the “wounded healer” is the best. (1970’s thinking here).
Thus the Church which was suspicious of psychology prior to Vatican II embraced it enthusiastically afterwards. The “I’m okay, you’re okay” mantra infiltrated the Church and our Catholic schools. Pop psychology.
This was coupled with unlimited forgiving and second chances but not informing people who might be scandalized. Perhaps clericalism is the infantilization of the laity. Yes, indeed, prior to Vatican II this infantilization of the laity was on steroids. After Vatican II, there was a shift to lay empowerment and decision making but at the same time, clerical sexual abuse accelerated.
The greatest aspect of this clericalism was the fact that bishops sent priests time and time again for treatment for sexual perversions only to return them to ministry time and time again either in a new parish or new diocese.
And the Catholic psychiatric community made a mint on in residence treatment of these  miscreants. And they convinced the bishops to do it, time and time again.
And the laity were not informed even though priests, such as Fr. Eugene Walsh and others, were calling the Catholic laity to become adults and not remain like children in the 1970’s.
The bishops are at fault here for abdicating their responsibility to psychiatry.
But we still put priests on pedestals, but this time, not because of a presumed holiness but because of quirks of personality displayed at Mass and other venues. The cult of the personality lives on today but in an even sicker way.
And the Post Vatican II Mass, with the priest front and center, facing the congregation and allowing his acting skills and personality to overwhelm the Mass is the culprit.
This is clericalism too!

I don't think one can blame "clericalism" per se for clergy sex abuse. It may have contributed to the cover ups, but I doubt it was the cause of the abuse. The reason I say this is because even as a child I can recall pastors and priests at our parish who were very authoritarian, pompous, and acted like privileged characters, running the parish like their little fiefdom. And I don't say this because I heard my parents or anyone say anything bad about them. They didn't. But I recall the pastor at my parish being hot tempered and a sort of short-fuse kind of guy, and very controlling.

Yet never was he or any other priest during those years ever accused of sexual molestation or abuse, even all these years later. My brothers (5 of them) were all altar boys, and all of them have said there never was any inappropriate behavior from any of the priests at the parish.

So if my childhood parish priests exhibited a high degree of "clericalism" (meaning, "entitlement" and "privilege") and yet never breached a child's boundaries, I would say "clericalism" cannot be considered a cause of sex abuse.

What I do think is a cause of clerical sexual abuse is the change in the moral expectations taught in the seminary after Vatican II, and as Fr. McD says, the kind of "I'm okay, you're okay" 1970's permissive attitude that followed that changed the perception of the gravity of sin. Or something.

When I was in high school, if I found out a friend had been drinking alcohol at a party or before a dance, I stopped being his/her friend. In college, I avoided people who smoked dope or worse, tried "LSD." I would stop being friends with people like that just because I disapproved of their behavior.

In the same way, I'm sure prior to Vatican II, priests who found out a fellow priest had a woman on the side, or was a drunk, or was a homosexual or had molested a child, or even stole church funds, were not tolerant of those men. They probably didn't want to be around them, and in some way ostracized and shunned them, being morally offended by their behavior. The pastor probably wanted to get rid of them, and the bishop dealt with them accordingly. And I'll bet those men, once found out, found it hard to be assigned somewhere. But I'll bet dollars to donuts that sort of peer pressure among the clergy to live up to high moral standards stopped happening within rectories (and among staff at Catholic universities, and within religious communities) after Vatican II.

So I wouldn't call that clericalism. I would call it apostasy.

I agree with you Bee, there are many, many pre-Vatican II priests as you describe and I experienced some of them who would go ballistic at Mass during their homilies about the what they perceived to be the wrongs of the world and of the parish. But they didn't molest children.

The molestation of children is caused by compromised people who have seriously psychological issues, especially if they use their authority to abuse. In term of homosexual or heterosexual abuse of teenagers who kind of look like a adults, it could well be arrested development of these priests and they think they are entering a consensual relationship. It is also narcissistic since they only think of what they need and not the harm they commit, especially moral and spiritual harm if not murder.

The clericalism must be laid at the feet of bishops who reassigned priests over and over, demanded silence from victims or parents of victims (although let's face most parents didn't want it to go public for the sake of their children and of the Church!)

I think one positive thing would be for priests to talk about sin more. We have almost everyone receiving Holy Communion at Mass every single week and yet, according to a CARA survey back in 2008, 45% of practicing Catholics never go to the Sacrament of Penance (I'm sure the percentage is over 50% by now). I can't remember the last time I heard a priest in a homily talk about receiving Holy Communion "unworthily" that is, in the state of serious sin. Along with that, since the only time many people do manage to go to Confession is at a communal penance service with several priests there, what a good example it would be if, when it came time for individuals' confessions to begin, the priests there first went to each other. It might be a good thing for the laity to see their priests humbling themselves and going to confession themselves.

Father the problem is a bunch of narcissistic sodomites much as it was 1000 years ago, but then we had true shepherds and laity willing to stand up to Satan. Satan had his 100 years and his work is now done. Now we wait on Our Lord and Blessed Mother to save us all as the church today isn’t going to do it.

FRAJM and Bee, I couldn’t agree more. Thanks for your reflections...