IS GOD PUNISHING THE DEMOCRATS FOR THEIR HYPOCRITICAL PERSECUTION OF PRESIDENT TRUMP’S PRESUMED ELECTION INTERFERENCE? I REPORT,; YOU DECIDE! 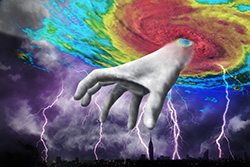 Of course, my blog is apolitical. But I can say with confidence and infallibly that hypocrisy reigns in Washington as elsewhere.

The Democrats have had it in for President Trump since he came down that escalator.

The greatest mortal sin that President Trump committed was beating a woman in a presidential election, but not just any woman, the woman Hilary Clinton, whose husband, by the way, according to Nancy Pelosi, is forever impeached. And he won the election not by popular vote but through the very legal Electoral College.

Things are nasty in Washington as they have alway been but on steroids today.

And that brings us to the Iowa Caucus debacle. It is to laugh. And the democrats, still in an impeachment trial, and on the night of President Trump’s State of the Union to Congress speaking to both the Senate and House of Representatives, but in the House side of the Capitol, must be seen only as a colossal set up by God Almighty HIMSELF!

What do you think? You know how loved by God President Trump is since he is one of the biggest sinners everrrr! And you know that God loves the underdogs and great sinners the most and has made the Church a field hospital for them.

And then we have this tongue-in-cheek post by Fr. Z: I just received the following…

February 4, 2020 – (ROME, ITALY)
A source within the Vatican, whose identity must remain secret, divulged that Pope Francis has hired the Iowa Democrats to develop an app for the next conclave.
In the past, some have questioned the secretive conclave method of choosing a Pope, calling it outdated and non-viable.
It is hoped that the use of this app will provide for unprecedented transparency in the historically closed-door process and increase confidence in the validity of future papal elections.
Los Angeles Times reports that the Iowa app was originally developed by veterans of the Clinton campaign.
Pope Emeritus Benedict XVI was unavailable for comment.

They can't figure out the Iowa Caucus and they want total control of the health care system? NO THANK YOU!

In an historic first for The Hawkeye State, a technogical marvel was unveiled this past Monday, the world's very first virtual, totally electronic, hanging chad. The DNC today announced a total recount.