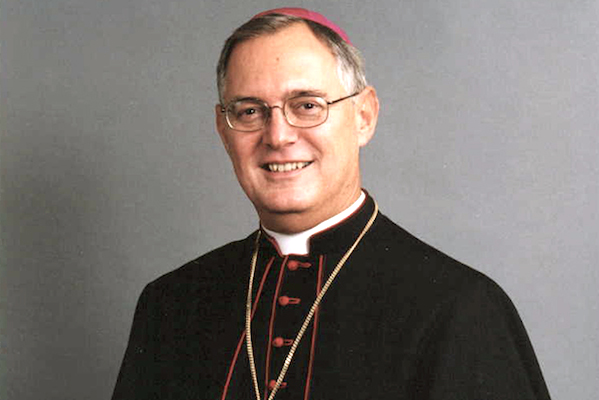 R.I. bishop responds to controversy over priest’s comments on abortion and pedophilia

“I urge all parties to refrain from unhelpful, inflammatory rhetoric.”

A pastor in Rhode Island last weekend made some eyebrow-raising comments about abortion and  foolishly using pedophilia as "not as bad" because it didn't kill the victim that sparked widespread news coverage and, in some corners, condemnation.

Of course sexual abuse of minors, especially by someone representing God, can lead some victims to commit suicide or to have their lives destroyed making them like a living death.

Providence Bishop Thomas Tobin on Thursday sought to de-escalate the firestorm over comments made by a West Warwick priest who compared pedophilia to abortion.

In the context of the present public discussion, it is important to affirm that both the sexual abuse of minors and abortion are horrific, immoral actions that have very serious, harmful consequences.

First, it is never acceptable to underestimate the harm caused by sexual abuse of minors. Sexual abuse, wherever and whenever it occurs, causes long-lasting, sometimes permanent and devastating harm to the victims/survivors, their families and the entire community. Allegations of sexual abuse must always be taken most seriously and every effort should be made to protect children and youth, to eliminate abuse, to prosecute abusers, and to offer assistance to those who have been harmed.

But, abortion is also a sinful, immoral act, an “abominable crime.” (Second Vatican Council) Abortion destroys innocent unborn life; it exploits vulnerable women; it diminishes family life; and it corrodes the moral fabric of society. There are no circumstances, personal or political, that justify the termination of unborn children. The Catholic Church has been very clear and consistent in condemning the evil of abortion, and we affirm that those who promote, support and approve abortion, including civic leaders, are responsible for having committed a grave evil in the sight of Almighty God.

In the current public discussion, I urge all parties to refrain from unhelpful, inflammatory rhetoric, and to reflect personally and prayerfully on the consequences of these grave matters. May we renew our efforts to protect life and promote the common good, especially for children and youth, and may God bless our commitment with wisdom, prudence, humility and charity.
Posted by Fr. Allan J. McDonald at Friday, February 14, 2020

In war there is a concept called “mobility kill”. The victim is seriously wounded, but not killed. Unable to move effectively, he is not only is out of the fight, but becomes a burden on his fellow soldiers by need of care and transportation that would be devoted to the fight. It may damn the victim to a life of shadows, unable to interact with others except as the recipient of their pity and whatever mercy they can spare. That priest needs some serious counseling and his formation director needs to sit next to him.

when I first read this, I immediately thought, "Tobin? HE's got a lot of nerve!" Then I realized this was not Cardinal Tobin. This Bishop Tobin appears to be one of the good guys. How terrible that one of his priests brought down this kind of heat on him.

Agree with both comments as submitted. I'm in Bishop Tobin's Diocese. He is one of the good guys and up here, in the abortion crazy state of RI (75+% Catholic...BTW), he is a man on an island.

This priest handed served this controversy up. His original position, denying communion, I think, was totally appropriate and courageous. His follow-on comments enabled those offensive politicians to pivot the entire message. A debacle.

Catholics, as was my northern father, have traditionally gravitated to the Democrat party. They truly advocated for legal immigrants, the poor, workers and blue collar professions. I would suspect that in the northeast it is in their DNA.

Catholics and Jews went to the Democratic Party mainly because the Republican Party was, especially early 20th Century, the party of wealthy owners that employed the working classes. But Working Conditions stunk so the Democrats had a platform handed to them. The idea of giving people whatever they wanted went from the Pockets to the zippers and people just went along.