SOUNDS KOSHER TO ME! WE NEED MORE KOSHER BISHOPS, NO?

I copy this from the Deacon's Bench: 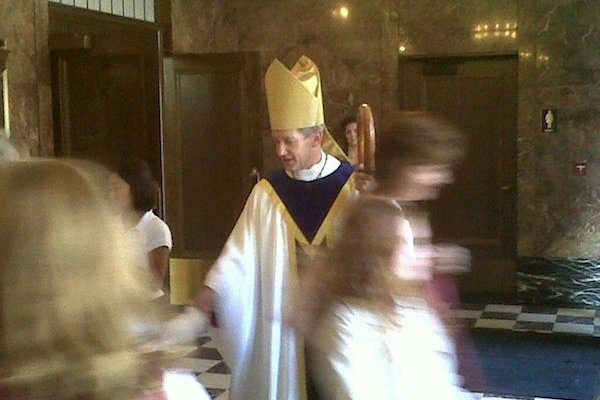 Diocese issues pastoral guide on gender identity: ‘All forms of discrimination must be resisted’

Not so very long ago, this would not even have crossed the radar screen for dioceses and Catholic institutions in the United States. Consider this another sign of the times.


Bishop Thomas Paprocki of Springfield in Illinois issued a pastoral guide last month regarding diocesan policies on gender identity, expounding on existing policy that schools and other diocesan institutions will recognize students and adults by the biological sex with which they were born.

In the guide, Paprocki noted the need to approach the issue with compassion and sensitivity, while also adhering to Church teaching and the truth.

“Gender dysphoria is a real psychological condition, in which a biological male or female believes he or she is the opposite gender,” Paprocki noted.

“It is of paramount importance to handle such situations with gentle and compassionate pastoral skill and concern. All forms of discrimination and harsh treatment must be strongly resisted and corrected,” he said.

Families face great difficulties when they have a child experiencing gender dysphoria, Paprocki said, and he encouraged parents to help their child through their confusion without reinforcing the confusion and making their child think their problem will be “solved” with surgical or hormonal interventions.

“Such treatments, especially for children, are invasive and disruptive physically, chemically, psychologically, emotionally, and spiritually,” Paprocki said. “Fueling the confusion that families face in these circumstances is not merciful. For the sake of the family and the loved one, it is imperative to be clear on the reality of human biology as a gift from God that we cannot change.”

The bishop also noted that Pope Francis has expressed concerns with transgender ideology. In an April 2015 general audience, Pope Francis said: “the so-called gender theory is not an expression of frustration and resignation, which seeks to cancel out sexual difference because it no longer knows how to confront it. Yes, we risk taking a step backwards. The removal of difference, in fact, creates a problem, not a solution.”
Paprocki said that “The Holy Father’s concerns are grounded in the Church teaching, that our identities as male and female are part of God’s good design in Creation, that our bodies and sexual identities are gifts from God, and that we should accept and care for our bodies as they were created.”

According to diocesan policy, students and adult employees or volunteers in all diocesan agencies and activities will be referred to by pronouns that correspond with their biological sex, and will be expected to use bathrooms and other facilities according to biological sex. All diocesan records will also record the person’s biological sex.

In other news, the US Supreme Court to rule and affirm the sky is blue, while urging compassion and understanding upon the unfortunate colorblind (while somehow omitting mention of the far more numerous simply misled as to the proper names of colors). Film at 11.