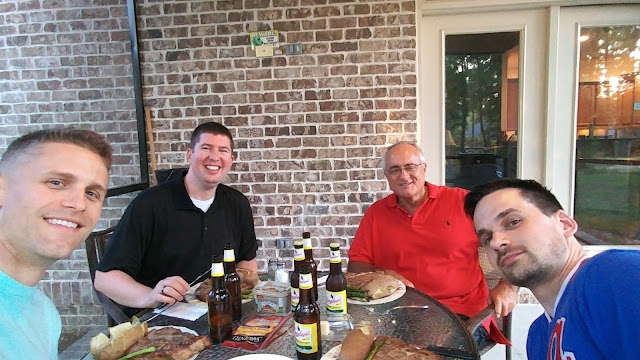 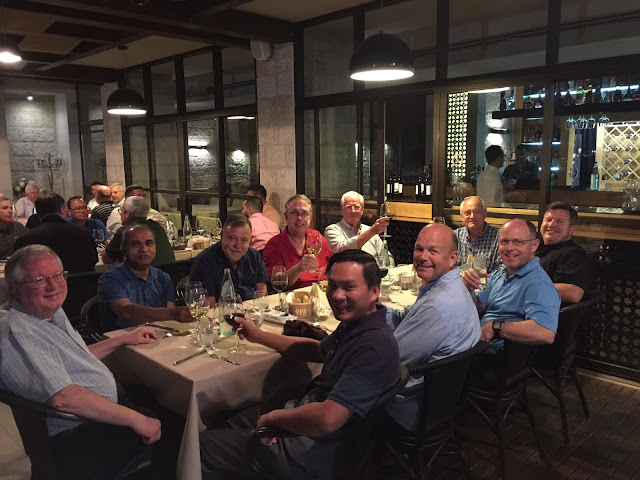 I copy the following from the Deacon's Bench, my comments on priestly life at the end:

Our priests are suffering’

Father Michael Rennier,  a former Anglican who is now a priest for the Archdiocese of St. Louis, shares some of his impressions of how the Catholic priesthood is lived today — and the resulting feelings among some priests of isolation, anxiety, stress and burnout.
From Crisis magazine:


It’s an odd complaint to say that priests suffer from isolation. After all, we are literally surrounded by people all the time, typically parishioners who like us very much and treat us better than we deserve. The problem isn’t the parishioners; mine are delightful and I’m sure other priests would say the same about theirs. It’s the expectations that form the context of our relationship. I don’t blame the parishioners themselves for this; I’m far more suspicious of the way that priests are formed for their vocation and the way the laity have been taught to interact with their priests. Here’s what I mean: there is a specific understanding of a priest that forces him into the roles of problem-solver, counselor, advisor, CEO, and charismatic leader.

…If a successful priest is defined by these functional roles, however, he will quickly find the task to be overwhelming. Every interaction with a parishioner would be marked by what the priest can offer, what he can give, or how he can solve problems. Priests are often made anxious over the question of what more we can do, what we can do better, or what we may have done wrong. This is why many men are happy to be active priests but hesitant to become pastors.

Here’s where I’ll get personal. Yes, I’m a married man and have a family to share the burden, but even I—a man who could not be happier to be a priest or more thrilled to have discovered my vocation—have moments when I’ve been caught breathless with the crushing realization I may never retire. It isn’t that I object to saying Mass or providing the sacraments. I hope to offer daily Mass until my dying day, but seeing no end in sight to the administrative task of running a parish is apparently a growing and common concern among the clergy. In fact, it’s cited as a major factor in the rising rate of suicide among Irish priests.

Every way of life can be difficult and cause for suffering. If we as priests are not prepared to deal with suffering and uniting it with Christ crucified and risen, we will find our suffering intolerable and meaningless.

Ascetic practices for clergy and laity have been terribly relaxed in the Church since about 1966. Think about the stricter Lenten fasts, more fast days during the year and every Friday abstinence. These are all gone except for a few occasions during Lent.

Our churches at one time were built not to be too comfortable, hard pews, kneelers that often did not have pads, and a lot of kneeling during Mass, especially the EF's Low Mass. It was all penance oriented. We didn't expect to be comfortable at Mass.

But the biggest problem today is the lack of vocations that our post-Vatican II liturgy and way of life has fomented and the culture has exacerbated. I'm not sure how to turn this around as our bishops seem completely deaf, mute and blind to what has diminished young men from considering the priesthood based upon a feminized liturgy.

Let me conclude with rectory life.

Up until rather recently, I would say maybe the 90's in this country, every rectory had a full time housekeeper and cook.

When I was first ordained and for about the first 12 or so years, I lived in rectories with housekeepers. They prepared breakfast, lunch and supper.

I looked forward to what was prepared for me and sitting with the pastor and other priests. We were expected to eat in the rectory when food was prepared. If we wanted to eat out when a meal was prepared, we were responsible for the cost of it, not the parish. If there was no cook, of course, the parish paid the tab as a part of our room and board.

When I was a seminarian in 1978 at St. Joseph Church in Macon, Fr. John Cuddy had housekeepers that prepared meals 7 days a week, although Sunday's meal was at noon or so. There were five priests living in the rectory and I made the six person. Fr. Cuddy invited other priests in Macon to join us for supper during the week.

It was great to eat with other priests, to share conversations in a private setting and to support each other in our ministries and discuss things in the parish and life in general.

When I was vocation director in the late 80's or 90's I discovered that priests in Macon, including Fr. Cuddy were not eating together any longer, each one doing his own thing and eating his own food. Most were opting for fast food, a terrible thing to eat on a regular basis and quite unhealthy.

But that is what is the norm today. No more housekeepers in the majority of our parishes. Prior to Vatican II even priests who lived alone had a cook to provide meals, usually healthy meals.

We need a rule of life for diocesan priests and bishops need to be pro-active in encouraging budgets for housekeeper and regular meals cooked at home and praying the Liturgy of the Hours together either in the morning or evening or both.
Posted by Fr. Allan J. McDonald at Thursday, February 13, 2020

Unless a priest has a unique vocation as a hermit, I think it's CRIMINAL to force a priest to live alone. I can't think of any other job or career where a person would need as much support as being a priest and this is certainly more than a mere job or career.

People living in community support each other, hold each other accountable and help maintain sanity. I know there is a shortage of priests, but two points need to be considered:

1) Some of that shortage is a self-created problem (See Michael Rose's Goodbye, Good Men).

2) Forcing priests to live alone only opens them up to all sorts of temptations. Priests are already targets by the very nature of their vocation. The isolation only makes this worse.

I'm no expert, but I think it would also be useful to look at dioceses where there is no shortage of vocations and see what they are doing. Hint: Less-liberal dioceses don't seem to be wanting for vocations.

It is not CRIMINAL to force a priest to live alone.

Add to that, no priest is FORCED to live along.

Millions of people, including many priests, live alone happily and healthily.

I'm not so sure that we can say no priest is "forced" to live alone. I suppose if defying one's bishop is an option, that could be true.

"Criminal" is too much? Then please forgive my hyperbole. Let's just say it's a terrible thing to do with really difficult consequences for the priest and, sometimes, his flock.

Fr. Calloway has a book called "Consecration to St. Joseph: The Wonders of Our Spiritual Father." It is a 33 day preparation like the one for consecration to the BVM. It is his hope that the influence of St. Joseph will bring some much needed masculinity back to the Church.

Many of us have bought the book and will begin our preparation this weekend, and consecrate ourselves on the feast of St. Joseph on March 19th. All are welcome to participate. (I bought the Kindle version so I wouldn't have to wait for it to be shipped to me).

FYI, those consecrated to Mary can also participate. As Fr. Calloway says, we need both a spiritual mother and a spiritual father.

Tens of millions of people live alone. And they are happy and healthy. And without terrible consequences.

There's nothing inherently terrible or criminal about solo living.

All very interesting but what the heck is a “manly man”, and what does the living conditions you describe have to do with gender?

You seem to be saying that “manly men” aren’t suited for cooking for themselves or undertaking basic household chores. Would this be different for “unmanly men”?

Andrew King, you'll have to answer that for yourself. I know of some priests who had servants working in their homes when they were children. These maids cleaned house and cooked so that mom could live a life of leisure.

Cooks and housekeepers for priests would make their lives much more palatable and healthier too.

And yes, manly men are the head of the home and when he comes home from being the primary bread winner he expects everything to be in order, slippers ready and food on the table. He hasn't succumbed to the feminist movement that makes women manly women.

What totally sexist nonsense you spout, lacking in theological foundation or practical reality.