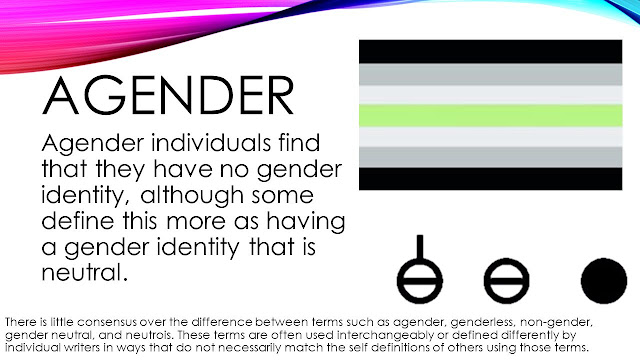 Fr. Z has a post on the German bishops and their synodal process. It's the same old, same old, not the glorious 50's mind you but the inglorious 70's.

I was taught this stuff in the 70's especially in Scripture classes and other innocuous courses. It turned my stomach then, although I was open to learning back then and into critical thinking, and it turns my stomach now because I know what it is all about.

Christ became a human being for us, not a man.

Bode was paired up with a woman theologian Dorothea Sattler, who quipped that it is new to emphasize Jesus’ manhood. God could have become a woman, but it was only sociological conditions that … I dunno… forced? God to become a man. “it was always about the incarnation of God, not about becoming man. The question of gender was of no relevance to theology of salvation in the history of tradition.”

This is both a lie and heresy.

We also were presented with other heresies, that Jesus' resurrection could have been spiritual rather than physical, especially if we were to discover his bones. Yes, we talked about this in class.

We also talked about other ways to understand "real presence" in the Eucharist. All heretical old stuff.

But what this woman says has a method to its madness. The Anglican Communion has followed it to its logical conclusion:

1. women thus can become priests.
2. marriage can be any number of configurations to please the LGBTQ community.
3. the bride/bridegroom imagery of the Church and calling the Church, Holy Mother is time constraint and need to be purged in favor of gender-less language, to include the Trinity, such as Creator, Redeemer and Sanctifier must be used as the Trinitarian formula.

This is all very convenient in our day and age and the German synodal system sells out Christ and our worship of Him and worships the relativism of the secular agenda.

And the Vatican, scandalously, is mute.
Posted by Fr. Allan J. McDonald at Friday, February 07, 2020

Whenever I reflect on the disbelief and misbelief that characterize the postconciliar Church, I remind myself that, at one time, the vast majority of bishops bought into and propagated the Arian heresy. Most of them are forgotten, many are likely in Hell and a few, like Athanasius, are saints.

In my mind, we have had ONE pope since the Council who tried to put the brakes on all the silliness and error to provide serious Catholics a respite: Benedict. May God preserve and bless Good Pope Ratzinger.

How does the concept and understanding of Mary as ‘co-redemtrix’ fit in this? If she is pushed out of her role in our salvation (“fiat mihi secundum verbum tuum”), then we are left with a fight for primacy between her and the man-god. FWIW, I recently read an article that claimed it was Sara that told Abram to spare Isaac by hiding in the bushes and using a fake voice to stop the sacrifice.

It seems the onslaught is dependent on ignorance that has come from the abandonment of tradition. It is also interesting that it requires a misogyny of its own to make the accusations.

Those who do not learn from their mistakes are doomed to repeat them. True for institutions as well as individuals. The Church has a special mandate from God to repent of mistakes and not repeat them. It starts from the top. In this country, our USCCB is so divided that is looks like any other ordinary political body. The German bishops...anathema.

Vatican Zero: "We have had one pope since the council...."

I think all the popes since the Council have tried to put on the brakes to these errors except for Bergoglio. This morning I read what confirms my view of pope Francis as one who not only knows very little about theology, as not a few fellow Argentinians in the know have pointed out, but is a plotting Neo-Moderninst who will end up splitting the Church:

Bergoglio's condemnation of rigid seekers of Truth in favour of some pastoral "witness" (see part 1) seems to force the hand of God to directly act in any conversion towards Him. But who is Him/God in the first place? Will God reveal this in detail in the conversion? That is precisely what the Church teaches as the Truth of the Faith as revealed in Scripture and Tradition, and taught by Her Magisterium. Catholics should be preparing the way for God's grace by teaching and preaching the Truth of the Faith to all people, and confirming it through a witness of the Faith, not the other way around. Bergoglio's view on truth contradicts even what St Paul VI taught and who actually held the traditional Catholic view of truth as "adaequatio rei cum intellectum," the conformity of the thing to the idea we have of it. It is no wonder that Bergoglio allows these erroneous ideas to flourish, because doctrinal truth is not important: "witness" is. May as well be a witnessing none.

If Bergoglio is the best that the cardinals at the conclave could come up with, the Church is in deep trouble.

What strikes me most about this 70's theology is it's rootlessness. When one says God became man, it is concrete and definite. When one uses Jesus' words about the Trinity, Father, Son and Holy Spirit, it is concrete. But the theologians prefer rootless concepts like the Incarnation is God became human, that the Trinity is Creator, Redeemer, Sanctifier.

When these doctrines are detached from concrete meanings and made into concepts, they become anchorless, and provide no stability as to what the Church believes. Concepts can be interpreted in many different ways, and soon enough they are.

And I think that is the intention, to undermine the foundational definitions given us by Jesus and the Church Fathers so as to allow a pretense of belief, without commitment to the actual belief. It's a philosophical trick; redefinition of terms, which changes the premises, and forces the logical conclusions that are heresy.

Nowadays the beliefs being put forth are so far afield from what the Church Fathers taught they would never recognize them as Catholic.

Too bad our Church is full of these sorts of sophists. Too bad we laity, who often are busy with our daily lives of raising families and making a living, depend so heavily on clerics who tell us things that are not true Catholic doctrine. Too bad not enough of us even know where to look for the truth.

It is truly a storm that has killed the souls of many. God help us.

"Too bad not enough of us even know where to look for the truth."

All too true. What a shame that I have far more confidence in TAN books than I do in the current administration of the Vatican.

The Vatican is mute because the guy pretending to be pope WANTS the 'messes to be made' and many others are cheering the destruction on. The few that see what is occurring and don't like it, show their cowardice by silence.

I clicked on that link you provided and the article was in German. Fortunately, I cannot read German.

If you are looking for truth, I recommend "The Blessed Sacrament Prayerbook" by Father Lasance. I recently bought a copy on Amazon, and it is wonderful!