A COUPLE OF NEWSWORTHY COMMENTARIES ON PRE-VATICAN II SENSIBILITIES 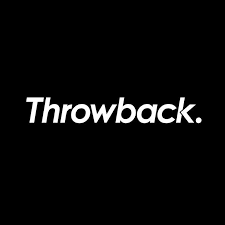 This is worth listening to.  Trying to save the Latin Mass in France

Communities that celebrate with the Latin Mass have prospered. Now, Pope Francis has ruled that Catholics may only use the Latin Mass if their bishops agree to let them. Instead of a rule of tolerance for the Old Rite, wherever Catholics want it, there will be tolerance on a case-by-case basis. Many traditionally-minded Catholics believe that what is at stake here is the soul of the Catholic church with a liberal old guard with Francis at their head hoping to snuff out a rising generation of conservatives before they take over. In France, the more old-fashioned Catholics still often have very large families and, proportionately, many more of their sons become priests. In this edition of Heart and Soul, France-based correspondent John Laurenson, takes us into the extraordinary world of traditional Catholicism in France. We go to Versailles, the former seat of the ardently-Catholic monarchy, that is today the unofficial capital of the ‘tradi’ movement. John meets young Catholics to find out what attracts so many young believers to the Old Rite.

And then this is from Poland copied from Rorate Caeli:

Traditionis Custodes in the world: OPTIME PRO in Poland.(At the Congregation for Divine Worship they admitted that it was “ A very harsh decision. Possibility of mitigation in Poland”).

VERY IMPORTANT NEWS AND REVELATIONS ON TRADITIONIS CUSTODES IN POLAND. 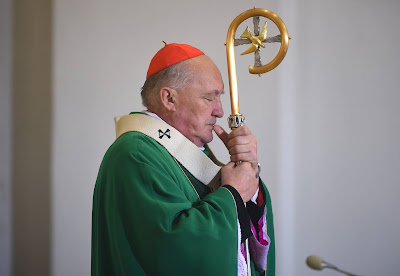 Cardinal Nycz comments on Traditionis Custodes: it was acknowledged in the Congregation that the issue was dealt with too harshly.

Cardinal Kazimierz  Nycz’s statement on the discussions held  recently on “Traditionis Custodes”  at the Congregation for Divine Worship and the Discipline of the Sacraments. The Metropolitan of Warsaw  said that “It was acknowledged in Congregation that the question had been dealt with too harshly and instead of serving unity, in individual cases, it may well make some leave the Church.”

Upon his return to Poland after the ad limina visit to the Vatican, Cardinal Nycz shared his observations about his Vatican sojourn in a interview with KAI (Polish Catholic News Agency). He also answered questions with regard to the procedure of the meetings, as well as to questions raised during many conversations with the functionaries of the Roman Curia and individual Congregations. The Primate admitted that during his visit, the Polish bishops also discussed Pope Francis’ Motu Proprio “Traditionis Custodes” , which radically limited the possibility of celebrating Holy Mass in the Extraordinary Form.

“There was a very interesting discussion in the Liturgical Congregation concerning the Tridentine Liturgy. The bishops asked questions, mainly in relation to parish  churches, where this liturgy could still be celebrated, in conformity with the Motu Proprio “Traditionis Custodes” if there was such a need in Poland in the future.”

I think this is a good time to remember the words of Good (some say "Saint") Paul VI, spoken on January 12, 1966, regarding the Second Vatican Council:

"There are those who ask what authority, what theological qualification the Council intended to give to its teachings, knowing that it avoided issuing solemn dogmatic definitions engaging the infallibility of the ecclesiastical Magisterium. The answer is known by whoever remembers the conciliar declaration of March 6, 1964, repeated on November 16, 1964: given the Council’s pastoral character, it avoided pronouncing, in an extraordinary manner, dogmas endowed with the note of infallibility."

Thank you Pope Paul! And I accept the clarity of those words and publicly affirm that I accept EVERY INFALLIBLE STATEMENT OF VATICAN II! ALL OF THEM!

(You can do the math)

That’s the problem with 1960’s progressives who are the old guard in power today, they dogmatize a pastoral council and its 1960’s issues of they considered to be the modern world, which is not the modern world of today. They also dogmatize pastoral theology, a new endeavor that entered seminaries in the 1970’s. I had many, many, courses in pastoral theology at my seminary and they were boring, lightweight and inane often. We didn’t need courses on pastoral theology only seminars or lectures at the rector’s weekly conference, but these became classes. One the most notorious and boring of pastoral theology professors we had was the now deceased (late) whistle blower, former Benedictine of St. John Abby, married as our professor to a former solemnly professed nun, Richard Sipe. He was insipid and thought that having his children bring up the gifts at Mass was to the post-Vatican II Mass what the bells were for children at the pre-Vatican II Mass. He was also infatuated if not obsessed with Mother Teresa.
I am not opposed to being pastoral and while I love dogmatic clarity, I do not see dogma as something that should be used as a board to hit people over the head who fall short, especially in the areas of morality, but the clarity is needed for everyone, not watered down mush.

I think the response was to harsh only if you consider it a theological or liturgical centered response. It is merely an asymmetric response to a political foe: if you don’t shut up I’ll burn your business. That is how thugs and peronists work.