WHAT WILL THE SYNOD ON SYNODS PRODUCE? WHAT IS THE POINT OF IT? DOES ANYONE KNOW? 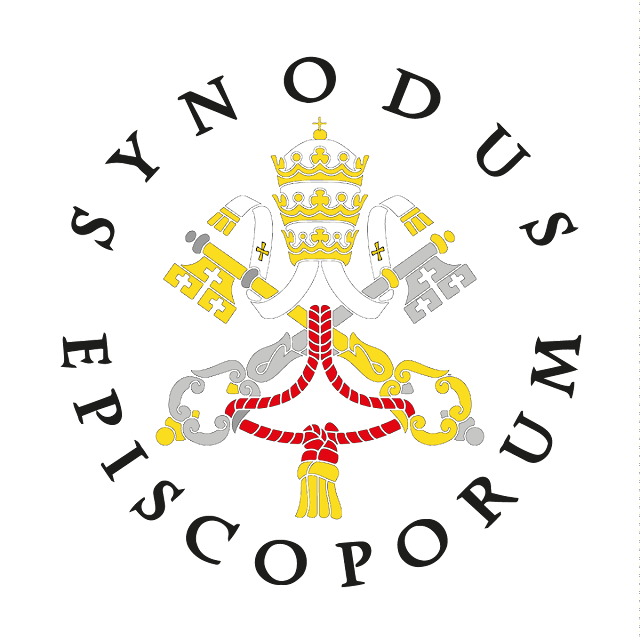 Perhaps Pope Francis has given us a clue—it’s not a parliament. Thus what is it?

Is the God of surprises going to change Scripture, Tradition and natural law by synodal agreement? Is the Deposit of Faith up for discussion and change by consultation widely accomplished?

I always thought the challenge for priests is to help Catholics who waffle on Church teaching or don’t agree with it to at least know the logic behind it and the reasons why God has established these teachings.

One of the things that has helped me (and this is so pre-Vatican II) is that we are all called to the perfection of heaven. This call to perfection begins in this earthly pilgrimage and with Holy Baptism and the Sacramental life of the Church immersed in the Deposit of Faith.

Will any of us reach perfection in this life and is the quest for it meant to make us neurotic and guilt ridden? NO! But embraced by Christ through the Sacraments He instituted and the Church He founded, He makes a way for us by which He makes us perfect at our death, personal judgement/purification and then the experience of the fullness of heaven where we will be perfect once for all by God’s grace.

Thus consulting widely with people, be they Christian or not, what will it accomplish? What is the goal? Does anyone know? I earnestly ask that because I am clueless quite frankly!

For example, if a promiscuous homosexual finds a partner he or she truly loves and enables a sort of “marital chastity” a pastoral response to that within a spiritual counseling session might endorse this lifestyle over a promiscuous one. And to establish secular benefits a civil union aka marriage might be endorsed. All of this for a greater good but still falling short of the perfection of celibate chastity to which this couple is still called.

Might Pope Francis’ pastoral doctrine lead to some sort of public acknowledgment of this such as same sex blessings? Sinners of course have always been blessed and I just did it at Mass on Sunday at the final blessing and dismissal which occurs at every Catholic Mass although in the EF it is the dismissal and final blessing. But in blessing the sinner, the sin is not blessed be it venial or mortal—will that change?

The pope has said it is not a parliament. But he continually freaks out over rigid people especially those who prefer the Ancient Order of the Mass along with the certitude of the pre-Vatican II Church along with its “triumphalism” of proclaiming the Catholic Church as the True Church and the sole means of communicating and establishing Christ’s salvation for everyone in the world.

Is there another way and will the synod establish it?

I wonder if this will cause Father K any angst? Democrats are demanding the African-American lieutenant governor of North Carolina resign over this:

North Carolina Lt. Gov. Mark Robinson says that he will not bow to calls for him to resign after he blasted schools for teaching sexual concepts to young children.
Gov. Robinson said “I will not be silenced and I will not be bullied into submission.”

The Republican outraged the left when he said that LGBT issues and sexual concepts should not be taught to children in public schools while speaking at Asbury Baptist Church in June.

I'd love to see the lieutenant governor give this speech at the Synod!

“There’s no reason anybody anywhere in America should be telling any child about transgenderism, homosexuality, any of that filth,” he said during the event, video of which was recently posted online by far-left activists. “And yes, I called it filth, and if you don’t like that I called it filth, come see me and I’ll explain it to you.”

This Synod is a little worrisome to me. I don't like the idea of a group headed by a left wing fanatic meeting for open ended purposes. This sounds like the potential for big trouble. Everything looks like a nail to the man with a hammer and this group is looking for nails. If they don't find any, they'll pull out the good ones and hammer them back in bent and sideways.

BTW: I'd like to move in next door to Lt. Gov Robinson and his family. Good for him!

This Synod is pure theater and in the end, nonsense. HFPF does not believe a word of what he says with respect to "journeying" or "walking the path". He absolutely does not believe in "consultation" unless by that he means "the train has left the station so you better get on board". This entire process is a fraud. It is, like his Moto Proprio, a solution in search of a problem. I just can't anymore with this guy.....I'm a lot like many democrats I know who say; 'I haven't left the Democrat Party, the party has left me'.

In the 16th Century, PF would have been burnt at the stake in front of St. Peter’s Basilica

The schism is going officially mainstream. V-2 reenactment with a vengeance.

I really don't care much for commenting here any more, as the participants all seem to have a chip on their shoulder and every week brings up another dead horse we've already beaten silly before. Suffice to say, your comment sums it all up. It's all theater, it's all B.S.. The New Springtime Church of the New Advent that we will Sing Into Being on Eagle's Wings has always been B.S.. The blood of the martyrs will cry out in conviction against the empty Roman collars that delivered us this slop.

Enough. I don't want to even read about it any more. Nothing has made me as cynical about the Church as the Church itself.