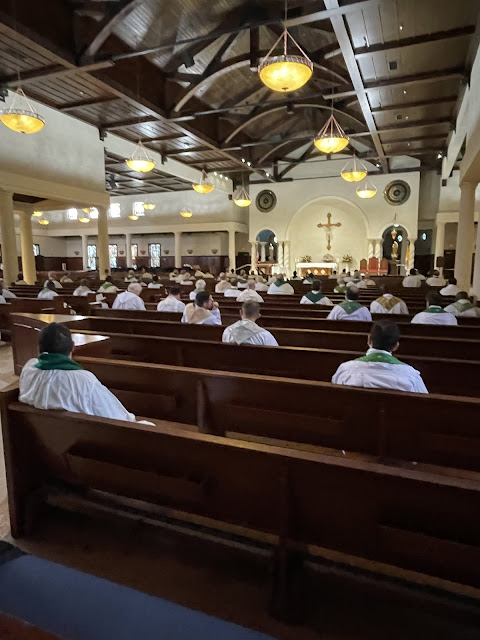 Over at the National Chismatic Reporter, (NCR) and known for chism, a commentary by a animal loving Franciscan priest, young and liberal (longing for the 60’s evidently) states this about honoring gender ideology:

Why is there so much resistance and pushback among some in the church — including in Catholic schools — to using the gender pronouns or gender-affirming names preferred by individuals, especially those who are members of the LGBTQ community?

Calling individuals by the names and pronouns they prefer would not only seem to be the decent and respectful thing to do, which follows from the "golden rule" of doing unto others what you would like others to do unto you (see Matthew 7:12), but it also aligns well with the important role names have throughout Christian Scripture and tradition.

If that is true, Father Horan, then people should be referred by their desired race identification. Technically I am white, although of Italian heritage and I have inherited my mother’s Italian skin, not my Canadian/Scottish father’s skin. Thus I tan in the sun quite well and by the end of the summer I am darker than many black people. Why wouldn’t people honor my truth that I am the same color as my black brothers and sisters and that I am of the Black race or the Race of Color?

By the way, our diocesan priests are on retreat this week and our retreat master is a Dominican priest. He told us that the Dominicans and Franciscans are cousins founded around the same time and they both love animals. Unknown to most of the world, the Dominicans also have a blessing for animals. It goes like this: “Bless us O Lord, in these thy gifts which we are about to receive through Christ our Lord. Amen.”

And now yet another pope is about to be beatified and eventually canonized a saint, Pope John Paul I.

That’s all we need yet another pope from the 20th century to be canonized. Talk about making the papacy self-referential.

And finally, speaking of vaccine mandates, is common sense coming from the Military Archdiocese of the USA?

A particularly notable intervention given pending mandate across armed services, Military Archbishop Broglio (the USCCB Secretary) tells his 1.4 million Catholics that “no one should be forced to receive a COVID-19 vaccine” if they object in conscience

Pope Francis has stated gender ideology is evil, so this priest is out of touch with his liberal boss. If you look at his picture he definitely does not project a John Wayne image

It is odd that so few Popes from before the 20th century were canonized but any Pope connected to Vatican II has been raised to the altars. Another way of looking at it is those who were in charge during the largest decline of Catholics attending Mass and believing what the Church teaches are all saints...the process has become a farce. God will not be mocked.