PRAYTELL, WHAT IS GOING ON THERE WITH COMMENTS THEIR POLITBURO NORMALLY DELETES? 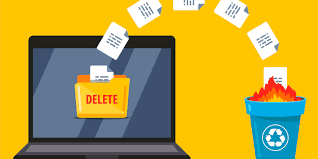 These are the comments that the politburo of Praytell, a sometimes obnoxiously progressive liturgical blog, allowed to be posted or haven’t had time to delete some of them. These are comments about a less than stellar academic talk given by the new Prefect of the Congregation for Divine Worship to an elitist group of academics who are studying the liturgy. Hopefully they were snickering under their breath at his mostly inane presentation. But here are Praytell’s comment section. Interesting, no?
Posted by Fr. Allan J. McDonald at Sunday, October 10, 2021

I just checked Praytell and yes, that last comment was deleted, glad I saved it in the nick of time!

Father Ruff can't handle the truth. Shocker, Father McDonald. Did you see the story at Rorate that claims the Pope lied about the results of the EF bishops' survey? That is a not a shocker but what I have come to expect of this papacy

Father Ruff and his kool-aid drinkers at PrayTell have this fanciful notion that the Missal of 1970 was effectively authored by the fathers at Vatican II, and as such, it is to be treated as infallible. Now, Father Ruff doesn't go quite that far in actuality, but that is the logical conclusion of the arguments he continually makes. Thus, they cannot entertain the possibility of the 1970 Missal (i.e., the one we now use as "ordinary") being flawed or actually being a misfire.

So the question I ask: if you agree with that perspective, what metric would need to be met in order for the proposition that the 1970 Missal is flawed to be demonstrated?

It's impossible to go back to, say, 1970 and ask that question, but had the question have been answered, then, I think many of the metrics would have been amply met by now. But that is speculative.

I recall reading when the Novus Ordo was being demonstrated in the Sistine an overwhelming majority of the bishops present cast a “non placet” vote. Yet the Novus Ordo went through pretty much unchanged. Pretty interesting because the word “collegiality” was the word du jour during this period. I guess collegiality really meant, “ agree with me, and then we can be collegial.” I think we are seeing the last days of Pompeii

I should point out that I did have two comments removed from that thread.