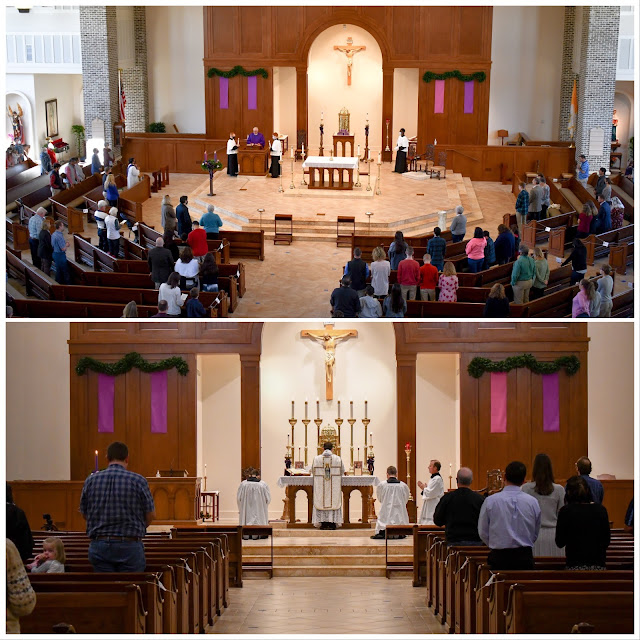 Every post Vatican II well formed Catholic continues to scratch his head over the fact that President-Elect Joe Biden claims to be a good practicing Catholic and sees no moral disconnect between what the Catholic Church teaches, believes and proclaims, to be revealed by God and his personal promotion of an abortion, euthanasia and gender bending ideology which include the murder of babies born after a botch partial birth abortion, itself a heinous crime crying to God for vengeance.

Is it because he was formed in the pre-Vatican II minimalist tradition that if you show up for Mass (fulfill the obligation) and have some piety, that you are a good Catholic? Of course, in the pre-Vatican II Church Catholics were obliged to attend Sunday and Holy Day of Obligation Masses and encouraged to attend during the week as often as possible if so inclined. But, and this is a big but, a Catholic was not allowed to receive Holy Communion in a state of mortal sin or if they broke the vigorous fast before Mass.

After Vatican II the rigorous fast was tossed out and today the hour before Holy Communion (not Mass) is so minimalist as to be useless. And for being in a state of mortal sin and not receiving, most post-Vatican II Catholics think that no longer applies, it’s just something you do when, even if only once or twice a year, you do when you attend Mass. No big deal.

Yet, in my more than 40 years of being a priest, I have seen so many truly post-Vatican II Catholics formed in its true orthodoxy and it’s post-Vatican II Mass on fire for the Lord and His truth and they are examples of putting their faith into practice embracing not only all of the Church’s pro-life teachings, including Pope John Paul II’s lead in condemning even the death penalty, but they are concerned about the poor and social justice when that social justice in no way leads people into mortal sin or diminishes their human worth and dignity by treating them as wards of the state.

They receive Holy Communion in a state of grace, go to Confession regularly, have their favorite popular devotions, attend adoration and Benediction and pray the Rosary, Stations of the Cross or belong to prayer groups, even charismatic ones.

They love the vernacular Mass, attend the Latin Mass and are graced by both.

Some stand for Holy Communion, receive in the hand are Extraordinary Ministers of Holy Communion at Mass and for the home bound. Others kneel to receive, even on the hard floor and more introverted in their public expression of faith and actual participation.

They are well informed in the Catholic Faith, like the Baltimore Catechism but make post-Vatican II adjustments for some of its commentary.

There are many very well formed Post Vatican II Catholics in the Church today and they are the hope for the Church of tomorrow, post the Biden, Bergolio and Ratzinger era.

The Church should have been vocal against the "Biden type Catholic and politician" for decades, but being politicians they knew how to keep USCCB in check. Hopefully the Church will start to address that issue, but from where I sit I can not see that happening. My impression is that Pope Francis is one of Biden's biggest supporters. Slick politician for sure.

It is interesting that you mention the pre-Vatican II fast. I recall never eating breakfast in grade school. Yes, my grade school had a morning Mass

If they adhere to the 'seamless garment' ideology, then they are not properly formed Catholics.

Some advice for Joe Biden:

According to CNN, only 24% of voters this year described themselves as “liberal” with the remaining 76% split between “conservative” and “moderate”. Remember this, Joe, and also remember that probably a clear majority of people in the USA, deep down, really resent the hyperventilating denunciation of their country’s (alleged) wicked, intractable systemic racism.....and repeated claims by Woke elites that their nation has been exclusively built on slavery, genocide and injustice......
Joe, if you want to be a president for all you should resist trying too hard to please the left-liberal 24% and try to lead an administration that draws its strength not from the lunatic fringe but from the centre.....and a dose of old-fashioned patriotism wouldn’t go amiss either....the hard left’s preening self hatred - a disguise for hatred of their more conservative compatriots - is a political dead end. You can’t sustain a national mythology on self-disgust....
.......the real headline in this election, Joe, was how close Trump came to a second term...ask yourself why Trump, relentlessly denounced as a “white supremacist” received support from significant numbers of ethnic minority voters ......Migrants often hail from traditionalist, religious cultures and resist the left’s secular nihilism; and surprise, surprise! they don’t want to burn to the ground the very cities they’ve just moved into.....and also like many black Americans they’ve no desire to defund the police in the high crime neighbourhoods they often live in........newcomers (like most other people) believe in meritocracy......and vilification of capitalism as a con trick holds little appeal to people who dream of opening their own small businesses...... and why would immigrants (and others) seek to embrace their own “marginalisation” and victimhood, which only leads to self imposed impotence, social immobility and self pity? Rather than the abstract jargon of identity politics these people, like the majority of ordinary people, care about tangibles : wages, employment and education......
also, don’t forget that to eliminate the electoral college would result in rural inland constituencies getting ignored in presidential campaigns ...,.Joe, these people actually feed the nation and much of the world to boot.....,.and finally, Joe, the Supreme Court has compromised nine justices since 1869; to expand that number would look like cheating, because it would be cheating !!
God bless.....