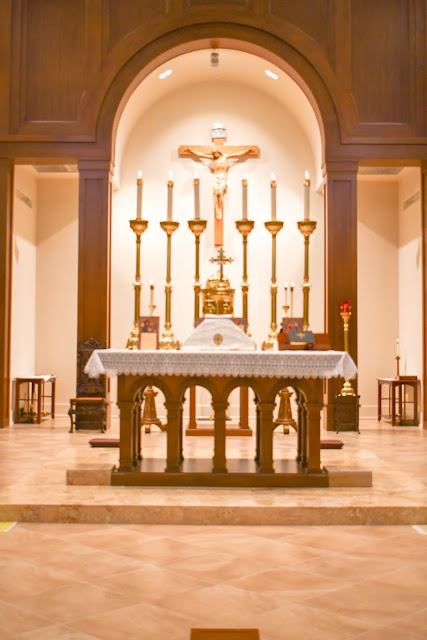 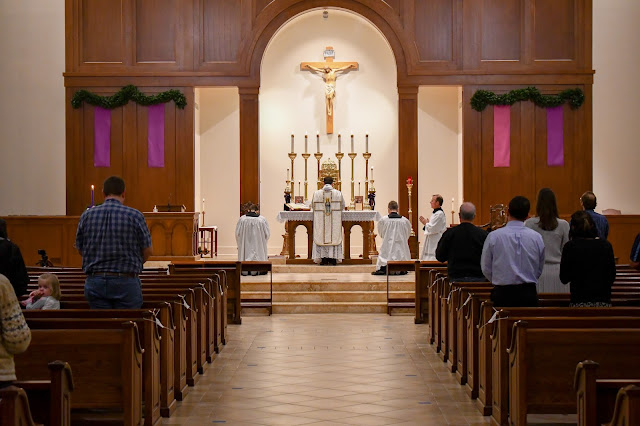 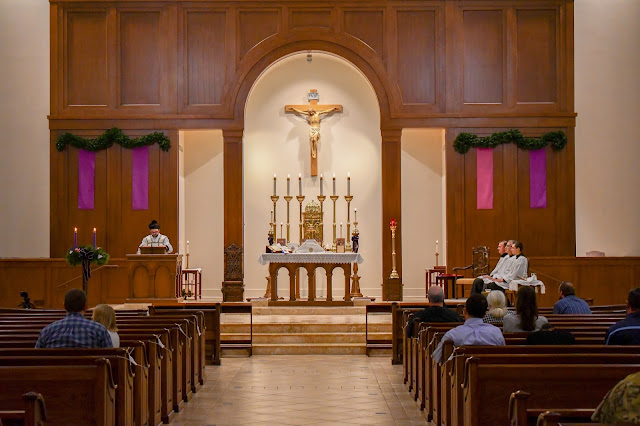 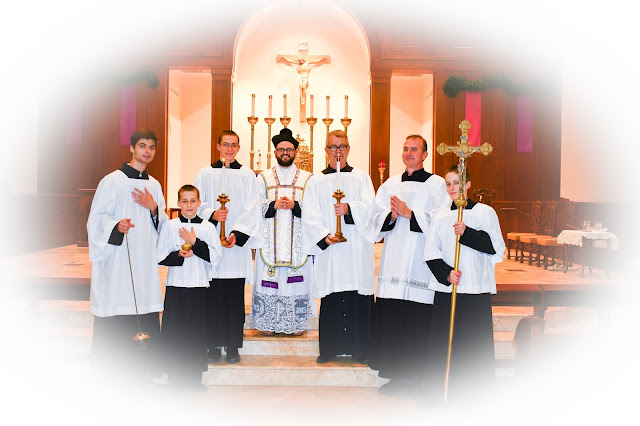 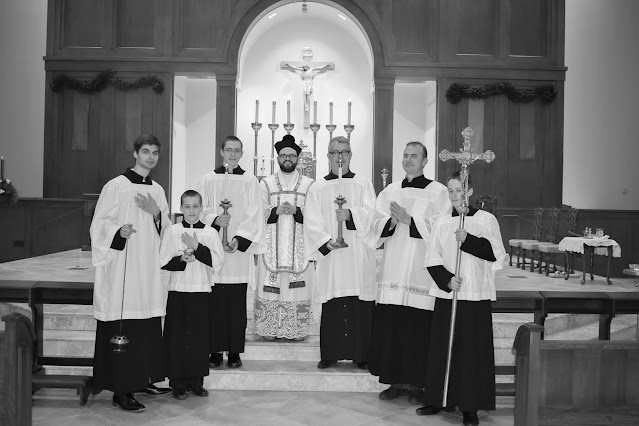 Your sanctuary looks so much better and less cluttered with this arrangement. It is such a shame that it cannot stay this way as it looks beautiful. Your church really has potential.

It does have great potential but the mega debt on the building prevents anything creative in my lifetime. As a side note, the chasuble that Fr. Robert is wearing was a gift to me from a parishioner in Augusta, Georgia when I was pastor there in 1996. Also included in that gift was a three chain thurible and boat (which Fr. Robert forgot to use, the chain gets tangled easily. It was Christmas and when I opened it in 1996 I thought the guy was out of his mind giving me a Roman chasuble with a maniple no less. I knew I would never wear it. Well,he must have been clairvoyant as I have worn it repeatedly since 2007! In 2008 the same guy sent me a violet chasuble in the same style. He has since died.

WHAT A WONDERFUL EVENT, THE PARISH IS BLESSED BY A NEW YOUNG HOLY PRIEST

I like that second picture. It is amazing how a well a traditional altar placement works in a contemporary church. Why can’t it stay that way? I’ll bet even the Latin echoing off those walls sounds musical.

Fortunately, your benefactor was able to see or at least know that his thoughtful gift has been used. I'm sure that meant something.

Three chains are tough...if you don't push the ring down, it will tangle. If it isn't on a stand with a hook and it is not carefully placed on a counter, it will tangle.

Yes, debt makes enhancement difficult to justify however and to me, it doesn't prevent creativity either. I understand though, it's a tough balance.

My little country parish church was literally transformed by the traditional altar arrangement as depicted in these photos. Before, it looked like any non denominational chapel. I think Father McDonald should leave it this way and move towards all ad orientem celebration!