LIKE LIFESITE AND THE VORTEX, THE NATIONAL CATHOLIC REPORTER SHOULD TAKE CATHOLIC OUT OF THEIR NAME 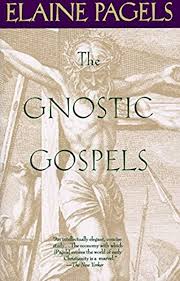 The NCR says at its heading they are "the independent news source." I like that because it doesn't say "independent Catholic news source." Thus I would suggest a new moniker for them, "The National Independent Reporter" or NIR.

Sean Michael Winters, right up there with some of their other nasty post-Catholic commentators seems to have had a small conversion. He recognizes the schism of some of his leftist Gnostic buddies at their independent news source. Of course he slams the right and their righteous Gnosticism. At least he's fair, but he mixes apples and oranges.

You can read his conversion story below:

Unless/until we begin to understand this, we are doomed to divisive failure. In a year when we have witnessed incredible world-wide challenges, perhaps it is time to focus on what really saves us. If 2020 hasn’t taught us anything else, it surely has shown us our extreme vulnerabilities. We are at a cross-road, both in secular and in Church politics. Do we depend on other humans for answers or on God’s Truth? Past time for unstinting sackcloth and prayer, my friends.

If NCR bothers you so much (you always include some kind of middle-school dig), why do you post so many articles you agree with, like that one. Sounds like they tell both sides, as they should, and that bothers you.

A@6:47, by the way, I prefer NIR, but with that said, you also know, if you read this blog, I quote Lifesite news for the same reason when they post articles that I agree with. The NIR does not tell both sides of the story, but occasionally begrudgingly tells the truth. And in fact when it comes to some hard news story, they have a couple of very good reporters. Commentary, though, is mostly Gnosticism of liberal drivel.

Of course my post was also a about publications that don’t represent the Catholic Church taking Catholic out of their name, like The Church militant, Lifesite and National “C” Reporter. Certainly no one has a problem with that.

Fr Allen, you need to do some homework as you actively reminded parishioners to donate second collection to CCHD. This organization has been revealed to provide grants to patently NON-Catholic groups with ANTI-Catholic activities.

Someone in the Savannah diocese needs to perform their independent research and inform our Bishop this is unacceptable. There is no reason to give a dime to the US Conference of Bishops (I think they need to remove Catholic from their name too... way too many Bishops are far from practicing Catholics) until they are held accountable for what they do with our donations. I think our new Bishop would take action if a credible priest provided him an honest report on the CCHD.

Speaking of dropping names, I think they dropped annual Bishops’ appeal to annual Catholic appeal... funny how they chose to drop “Bishop” to try to address the growing number of laity absolutely incensed with the overall lack of leadership and downright support for anti-Catholic idealology.