This is from Sandro Magister: 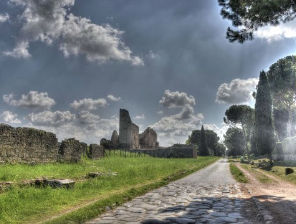 It is confirmed. Next April 7, the Saturday of Easter Week, a very special conference will be held in Rome. The intention of which will be to show the Catholic Church the way to go, after the uncertain journey of the first five years of the pontificate of Pope Francis.
The reckoning of this five-year period, in fact, is rather critical, to judge from the title of the conference:
“Catholic Church, where are you going?”
And even more so if one looks at the subtitle: “Only a blind man can deny that in the Church there is great confusion.” This is taken from a statement of Cardinal Carlo Caffarra (1938-2017), not forgotten as an endorser, together with other cardinals, of those “dubia” submitted in 2016 to Pope Francis for the purpose of bringing clarity on the most controversial points of his magisterium, but which he has left without a response.
In a Church seen as being set adrift, the key question that the conference will confront will be precisely that of redefining the leadership roles of the “people of God,” the characteristics and limitations of the authority of the pope and the bishops, the forms of consultation of the faithful in matters of doctrine.
These are questions that were thoroughly explored, in his time, by a great cardinal who is often cited both by progressives and by conservatives in support of their respective theses, Blessed John Henry Newman.
And there will be other cardinals and bishops who will once again confront these questions, at the conference on April 7. Their names have not been released yet, but they are expected to include the signers of the “dubia,” and others who share their outlook.
In any case, there has already been confirmation of the contributions - with “ad hoc” video messages - of two very representative cardinals: the Chinese Joseph Zen Zekiun, bishop emeritus of Hong Kong, and the Nigerian Francis Arinze, former archbishop of Onitsha and then prefect of the congregation for divine worship, the same one that is headed today by Cardinal Robert Sarah.
There will also be a posthumous projection of a video interview with Cardinal Caffarra, on the controversial encyclical of Paul VI “Humanae Vitae.”
But there will also be presentations by lay scholars. Professor Valerio Gigliotti, a professor of history and of medieval and modern law at the university of Turin, will bring into focus the exercise of the “plenitudo potestatis” of the pope in the history of the Church. While Professor Renzo Puccetti, a physician and professor of bioethics at the John Paul II PontificalTheological Institute, will analyze the evolution of the bioethics taught at that institute, from its first phase with Caffarra as president to its current phase, under the aegis of Archbishop Vincenzo Paglia.
The final and culminating moment of the conference will be in any case the reading of a “declaratio,” a concise profession of faith on the points of doctrine and morality that are most controversial today.
Unlike the “dubia,” the declaration will not bear any specific signature, but the participants at the conference will propose it for the whole Church and for the world, as the voice of “baptized and confirmed members of the People of God.”
Of course, this “decleratio” will be the polar opposite of that “Kölner Erklärung” - the declaration signed in Cologne in 1989 by German theologians now in the good graces of Francis - which concerning the principles later reaffirmed by John Paul II in the encyclical “Veritatis Splendor” of 1993 “attacked in a virulent manner the magisterial authority of the pope especially on questions of moral theology,” as Benedict XVI wrote in the letter to Monsignor Dario Edoardo Viganò that caused such an uproar last week.
The conference, with no admission fee, will be held on Saturday, April 7 beginning at three in the afternoon, at the conference center “The Church Village” at 94 Via di Torre Rossa, a couple of miles to the west of the basilica of Saint Peter.
(English translation by Matthew Sherry, Ballwin, Missouri, U.S.A.)
Posted by Fr. Allan J. McDonald at Tuesday, March 20, 2018