BOMBSHELL! THERE IS A BATTLE AND THE HOLY SPIRIT HAS KEPT POPE BENEDICT ALIVE TO FIGHT IT!!! THIS SCANDAL JUST KEEPS GIVING! TALK ABOUT PALACE INTRIGUE! 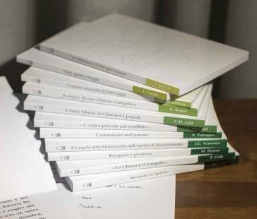 Question for Mark Thomas: I do appreciate what you’re trying to do but at some point the facts overwhelm us all. How I wish they did not but we ar only entitled to our own opinions, not our own facts. Imagine for a moment that somebody other thanFrancis had beem electedPope and he stayed on in Buemos Aires as an archbishop. Or imagine a different bishop or priest. Imagine this person said or did everything Crancis is saying now, but NOT as pope. Would you till defend all such deeds or eords of such person? Bear in mind that Benedict made very clear theHoly Ghost did not pick whomever is Pope. We are not Lama Buddhists who bring John Paul’s childhood toys for the successful candidate to pick out. So, brother, what say you?

When the press offices are combined into a single unit will that be like consecrating the Vatican to the heart of Russia?

And how can we demand a single perspective on news and allow bedlam for liturgy?

I am not sure what, if any, significance this has but there is some inconsistency in the series of articles by Sandro Magister when one follows the links to earlier articles.

In the linked article of March 13 Magister states that on the evening of March 12 Vignano did read out to the gathering of journalists the passage omitted in the press release:

“The press office of the Holy See has not released the complete text of the letter sent by Benedict XVI last February 7 to the prefect of the Secretariat for Communications, Monsignor Dario Edoardo Viganò.

Viganò has, however, given it a reading (see photo) on the occasion of the presentation to the press of the series ‘The theology of Pope Francis,’”

But in his linked article of March 17 he seems to deny any such public reading of the whole letter to the gathering of journalists when addressing the passage omitted from the press release:

“And what else was written there, that Viganò was careful not to read in public and took such pains to cover up in the photo with the eleven booklets on the theology of Pope Francis?”

And now in the present article of March 26 Magister states once again that the omitted passage was read in public (linking to the March 13 article quoted above, although for some reason Magister now adds the word “hastily,” whatever that is supposed to mean)):

“Except for the fact that on the following day, March 13, Settimo Cielo published the other paragraph of Benedict’s letter, the one with his refusal to read and write anything at all of those booklets, a paragraph that was also hastily read in public by Viganò the evening before but was entirely ignored by the two dozen journalists present.”

I don’t know what to make of this. Nor of the fact that the allegedly overlooked passage was “entirely ignored by the journalists present” even though it had been read out to them (hastily?). However, the reporting here is troubling to say the least.

Thoughts? Have I missed or misunderstood something? Is it a problem of translation or is some other “process” at work?