NO BOMBSHELLS HERE, I DON'T THINK? 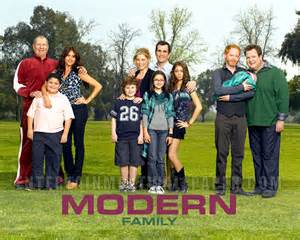 The National Chismatic Reporter (NCR) seems displeased (read dispirited article by pressing here) with the working document (this is truly good news!). Here are a few  quotes of dismay from the NCR article (Below these quotes is the news release from the Vatican:

"The document also appears to reiterate some of the culture-war language that has sometimes marked the church's language in recent decades and reaffirms the church's moral teaching in several areas, including the prohibition on the use of birth control.

It also does not seem to offer substantially new options for divorced and remarried people seeking the ability to take Communion in the church.

Taking up the issue of divorce in its third section, the document mentions discussions that there could be some sort of "penitential path" for people who have been divorced and remarried without first obtaining annulments in order to allow them access to the sacraments.

But the document suggests that such a path would require such people to refrain from having sex in their new relationships before they could take Communion." (My comment: The only thing new here is that those in unrecognized marriages should go through a penitential process before being readmitted to the sacraments. It has always been possible for Catholics in an irregular marriage to receive the sacraments if they lived in a "brother/sister" relationship, meaning, abstained from sex. So nothing new here, except the penitential process!)

The Instrumentum Laboris, explained Cardinal Baldisseri, is divided into three parts following the structure of the Relatio Synodi, demonstrating the close link between the Third Extraordinary Assembly of the Synod of Bishops in October 2014, dedicated to “The pastoral challenges of the family in the context of evangelisation”, and the upcoming Ordinary General Assembly. The first part, entitled “Listening to the challenges of the family”, relates most directly to last year's Synod, while the second, “Discernment of the family vocation”, and third, “The mission of the family today”, introduce the theme of the next one.

The cardinal highlighted certain novelties in the first part, which refer principally to the anthropological-cultural, socio-economic and ecological contexts, “now happily enlightened by the new Encyclical letter Laudato si'”. The challenges, he explained, are “poverty and social exclusion, old age, widowhood, bereavement in the family, disability, migration, the role of women, emotional life and education in sexuality, and bioethics”.

In the second part, “Discernment of the family vocation”, the Relatio Synodi is enriched with an extension of the themes regarding natural marriage and sacramental fullness, indissolubility as a gift and a duty, family life, union and fruitfulness, the missionary dimension, faith, prayer, catechesis, the intimate bond between Church and family, the young and fear of marriage, and mercy.

The third part, devoted to “The mission of the family today”, begins with a broad-ranging reflection on the family and evangelisation, and explores in depth a number of other issues such as the family as subject of pastoral ministry, nuptial liturgy, renewed language and missionary openness.

The general secretary of the Synod of Bishops noted that it makes reference to “the family and ecclesial accompaniment, the streamlining of procedures for causes for annulment, the integration of faithful in irregular situations, the eventual introduction of a penitential route, the pastoral problems regarding mixed marriages and disparities of worship, as well as questions related to responsible procreation, reduction of births, adoption and fostering, respect for life from conception to natural end, and education of future generations.

“The reference to the economic hardship experienced by many families, who run the risk of being subject to usury, is very relevant”, he added, “as is the socio-political commitment of Christians in favour of the family, also in the international context. In this regard, it would be useful to re-propose the Charter for the Rights of the Family, linked to the Universal Declaration of the Rights of Man”.

Cardinal Baldisseri illustrated the work of the Secretariat of the Synod Council between one assembly and another, which began in November 2014 with the presentation of the “Lineamenta”, composed of the Relatio Synodi and a series of 46 questions relating to the reception and deepening of this Synod document. The “Lineamenta” was sent to the synods of the sui iuris Oriental Catholic Churches, to the Episcopal Conferences, to the dicasteries of the Roman Curia and others, with an invitation to respond by 15 April 2015.

The Secretariat General received 99 answers from the competent bodies, along with 359 observations sent freely from dioceses, parishes, ecclesial associations, grass-roots groups of faithful, civil movements and organisations, etc. The inter-synodal period has thus been shown to be “a valuable opportunity for listening to what the Spirit says to the Church in the plurality of her components”.

Finally, with regard to the methodology of the upcoming General Assembly, it was mentioned that it is Ordinary and not Extraordinary like the previous one and, in accordance with the suggestions of the members of the Synod, “it will continue with the project of the development of the Synod taking a dynamic approach more suited to our times”.

The Synod fathers reiterated the need to avoid a “long series of individual interventions, as has happened in previous Synod assemblies, to ensure that they are better distributed in the time available and not presented one after another. The importance of the Circuli Minores was noted, as was the need to maintain the principle of thematic order. Thus, the three weeks of the Synod will be divided in correspondence with the three parts of the Instrumentum Laboris. The first week will be devoted to the first part of the document, the second to the discernment of the family vocation, and the third to the mission of the family today. “At the end of the third week, time will be set aside for the preparation of the final text of the document, which will be presented to the Assembly for the final modifications, to be inserted into the text before its final approval. The method will ensure the opportunity to intervene on the part of all those entitled to do so, including at the end of the day, and will enable more time to be assigned to the Circuli Minores. It is expected that a final document will be produced and consigned to the Holy Father”.

With regard to information during the Synod Assembly, the cardinal mentioned the Holy Father's affirmation that “the Synod is a space in which the Holy Spirit can act, not parliament. The Synod Fathers are invited to express themselves with parrhesia (in classical rhetoric, free, frank, and fearless speech). They will be free to communicate with the media at their discretion and with responsibility”.
Posted by Fr. Allan J. McDonald at Tuesday, June 23, 2015

With regard to the "penitential process," what exactly would they be repenting of - the first marriage, which is still in existence, or being in an adulterous relationship? And since when does penance not require a firm purpose of amendment? And if their are going to stop being adulterous in their new relationship, why add in a new penitential process?

This doesn't pass the logic test.

A lot misrepresentation by those who can't read. It explicitly says Communion only for those abstaining from sex! Nothing new here. That's the way it is now.

Right. So where does the penitential process come in if there's nothing new here?

Thanks Father, I hope your interpretation is correct.

"The decision by civilly remarried Catholics to not have sex, for example, could come at the end of the path of penitence and not the beginning, he (Forte)said."

As long as they weren't receiving communion before the decision at the end of the process, I suppose this would be orthodox.

Also, Vatican Insider says the document suggests the possibility of the Priest being able to nullify the first marriage, which strikes me as very dangerous:

"The text states that there is “common agreement on the idea of a path of reconciliation or path of penitence” for remarried divorcees, however, interpretations of the actual content differ: some see the outcome as a “commitment to spiritual communion and a decision to live in continence,” while for others, a priest who guides penitents, should be able to “make his own appraisal and decide on whether to confirm or dissolve a bond depending on the situation at hand.”"

That's the question. Currently the permission to return to Holy Communion takes place in Confession. If the couple is abstaining from sex, the may return to HC. But the issue of scandal could persist if people know of the second marriage and one or the other returns to HC. The penitential period could address this I guess.

Asianews seems to agree with Fr. McDonald's take. The other process the doc refers to seems pretty vague though:

"On the issue of remarried divorcés receiving the Eucharist, the Instrumentum focuses on "mutual agreement" towards the idea of a “penitential journey” under the supervision of a bishop, based on repentance, confirmation of the nullity of the marriage and the decision to live celibate.

Others referred to a "process of clarification and re-orientation", in which the individual is accompanied by a priest. In relation to spiritual communion, some noted that this process “must be based on the assumption of conversion and the state of grace, and is connected to the sacramental communion.""

Here's hoping. If the status quo is adopted by the synod it seems then that the whole synod was called for nothing - just to reiterate what St John Paul The Great said at the last Synod on the Family. But if the status quo remains then I think it will cause some liberals to finally leave in disgust.