BOMBSHELL ALERT! IS POPE FRANCIS TRYING TO BE A BRIDGE FOR BOTH POLARIZED ASPECTS OF THE MODERN CATHOLIC CHURCH? IT SEEMS LIKE IT TO ME! 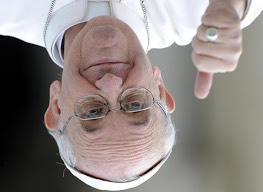 Traditionalist become apoplectic when Pope Francis allows discussion of issues once thought closed and forbidden to discuss, such as Communion for Catholics in marriages not recognized by the Church to be sacramental. Pope Francis allowed both sides to be aired at the last synod.

But we also know that the door has not been closed to making regular the life of the SSPX community in the Church. Pope Francis has in fact advanced that cause. He does not seem to want to stop what Pope Benedict tried to do prior to his abdication as the Successor of Saint Peter. Progressives are left scratching their heads or living a sort of psychological denial about the tradtionalist aspects of Pope Francis.

I listened to an interview from Vatican Radio on the XM Catholic radio station of a South American priest who works for Vatican Radio. He tried to explain Pope Francis cultural perspective as a South American which is different than the European perspective we have had in our popes, especially with the first two non-Italian popes in 600 years. South American Catholics are more willing to listen and dialogue with differing perspectives to arrive at a unity in diversity. Whereas as Americans (as well as Germanics, such as popes from Germany and Poland) prefer a more linear approach to disagreements and a clearer demarcation in lines of what is discussed and not discussed. South Americans and Italians, by the way, are not as rigid or regimented or puritanical!

Thus this bombshell from the SSPX and what seems to be going forward under Pope Francis. I copy this from Rorate Caeli blog:

SSPX Superior-General after Vatican visits of their Seminaries: "Francis has kept his promises to us, he sees us as Catholic" 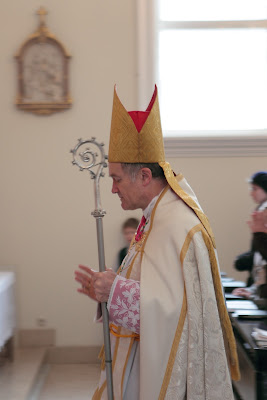 On Saturday, June 27, French conservative daily Présent published an interview Superior-General of the Society of Saint Pius X (FSSPX / SSPX), Bp. Bernard Fellay, on the surprisingly positive developments for the Society under Francis, and what they mean for the future.

Father I am just going to say straight up, regardless of who ever comments after me. Unless the priests AND lay adherents to the society pledge full obedience to Holy Mother Church, including ALL dogmatic and doctrinal aspects of the Church, such as Vatican II is an ecumenical council, and that the Novus Ordo is NOT an abomination or "evil" they should be kept out of the Church. Last thing we need are more people unwillingly acting as Satan's double agents in the Church. We already have too many of those as liberal dissenters and as the blogs online indicate, to paraphrase Fr D, "Katholic Krazies" running amok.

"South Americans and Italians, by the way, are not as rigid or regimented or puritanical!"

Because their cultures were, at one time, deeply shaped by Roman Catholicism, unlike ours (note your use of the word "Puritanical").

If I recall correctly, the Catholic Church condemns Puritanism as a heresy. The Church condemns heresy, because it is at best a half truth and certainly, therefore, less than the Truth. Heresies hurt people, and they hurt the Church's witness. We see the hardwired effects of Puritanism in the Church in America when both extremes in the Church actually agree on much, including a pretty Pelagian and materialist view of the world, except that one can be expected to zig while the other zags. One side can be counted on to lean too strict, the other, too lax.

Both leaning too strict and too lax, as C.S. Lewis noted, is a surefire way of doing Uncle Screwtape's bidding.

In the light of that, Fr McDonald, I hope you will in future desist from describing the SSPX as schismatic and stop trying to invent bogeymen on the far right to justify your via media (which, let's face it, is what you can get away with without alienating the more progressive in your parish).

Yesterday I had no singing commitments and so attended the Solemn Latin OF Mass at the Oxford Oratory. The Mass setting was the Missa Solemnis by the American-born composer and arranger Nicola Montani (1880-1948), who was a leading figure in the liturgical renewal of the first half of the 20th century, which should not be confused with what happened after V2. He took the 1903 motu proprio 'Tra Le Sollecitudine' at face value. His writing is not florid although in the late-romantic idiom, and there is a brief fugal ending to the Gloria. The organ accompaniment is impressive.

The guest celebrant was a newly-ordained Norbertine priest who is a graduate of the University. He sang his parts beautifully in flawless Latin and recited the Canon in a subdued but audible tone. What was interesting was that he incorporated elements of the Premonstratensian Use into the OF Roman Canon, extending his arms at right angles from his body at the 'Unde et memores' (a feature of most pre-Tridentine Uses) and including the signs of the cross and kissing of the altar which were a part of the Roman rite until 1967. This is surely what is meant by 'mutual enrichment'. It is certainly not a 'mixing of rites'. The Novus Ordo Preface is proper to the Feast of SS Peter and Paul and is richer than what obtains in the older Rite. Unfortunately the Introit and Communio of the NO don't correspond, but they are not supposed to be sung texts, and in a sung Mass the Graduale Propers, which correspond to the Roman Rite, should be used.

After having relocated halfway across the country this past weekend primarily for the purpose of being closer to an SSPX Chapel and school, I was able to attend the Mass for today's great feast at the local chapel (now a mere 10 minute drive away instead my former closest chapel being 3 hours away).

Afterward, we all burned copies of Vatican II constitutions and spat on 1970 Roman Missals.

Oh, wait... Actually we just had a nice Low Mass and then proceeded with the rest of our day having begged for the grace to love our duty of state and to sanctify ourselves, our families, and the world. May God bless and keep His Excellency Bishop Fellay!

I love the way visitors to the SSPX seminaries are impressed with the quality of their priest candidates. They, the FSSP, and the other priestly societies devoted to the TLM are the hope of our Catholic future. I am not saying that diocesan seminaries do not have some excellent seminarians, however many marginal candidates are also accepted. The quality of NO seminarians tends to depend on the orthodoxy of the Bishop. The more orthodox bishops get more and better candidates.

John N....hard to believe that yesterday you "had no singing commitments"....you being the superstar that you are. Hope things pick up for you. I can let you have a few bucks to tide you over...

What a pathetic, ignorant creature you are. I am not paid for singing at Mass, nor would I wish to be. You are in the worst possible position to sneer at anyone since you have no ideas of your own, no education as far as can be inferred from your puerile comments on this site, and one can only surmise that you are a thoroughly unpleasant individual.

If I were into pious platitudes I would say I would pray for you; I won't, since in your case, and to quote Hilaire Belloc, 'caritas non conturbat me.'

Well, John, Gob hangs out with all the other protozoa…what do you expect. LOL!

You are a young man. You are also educated and liturgically aware to the extent that most of your contemporaries would not know what you are talking about. I belong to the last generation that was brought up with pre-V2 Catholicism and the 'changes' all happened when I was in my teens. I had other fish to fry at that time (don't we all?) but knew when I went up to University that there was a serious disjunct between what I understood as an historian and a Catholic and what pertained, in both opinion and worship, in the average parish. I was prepared to be a committed but non-practising Catholic.

This changed in 1973 when I walked off the street in South Kensington into the church of the London Oratory. They were singing Haydn's 'Nelson Mass' There was Gregorian chant. The Mass was in Latin - effectively abolished in my home parish in 1967. Later The Sacred Triduum as they celebrated it was, and is, spectacular; and it is done according to the Novus Ordo.

I now sing most Sundays for the EF (which is the Roman Rite after all) and feel I have come around full circle. What's half a century in the history of the Church? Did Vatican II initiate a new springtime? Historians, who are society's cynics, must reserve their judgement. Father Kavanaugh is (just) too young to remember the pre-revolution Church so I can cut him some slack. What you need to guard against is a predilection to rush to judgement and to take refuge in legal positivism. In 1976 I attended a Mass celebrated by Archbishop Lefebvre in a function room of the Great Western Hotel, Paddington, all the London churches having been closed to him. A great and holy man. When he died Cardinal Silvio Oddi prayed at his tomb and uttered the words 'Merci, Monseigneur'.